Roczen won his heat race and rallied to ride a smart 20-lap main event, bringing home his ninth consecutive top-six finish of the season aboard his Suzuki RM-Z450. While he was ultimately a victim of the opening scrum to get the first corner in the feature and had to come from deep in the field, the solid effort kept the six-time Monster Energy Supercross winner firmly entrenched in second in points where he trails championship leader and race winner Ryan Dungey by 33 points. 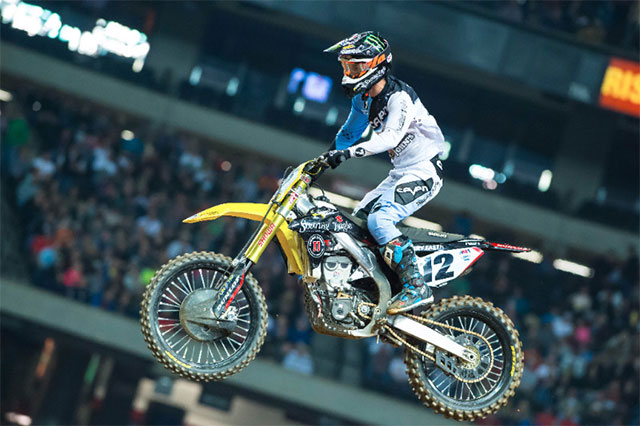 Jake Weimer
Roczen‰Ûªs RCH teammate Jake Weimer struggled with the handling on his machine for much of the night but still locked in his place on the starting gate for the main event after winning the 450SX last chance qualifier (LCQ). Still, Weimer couldn‰Ûªt find a comfort level with his machine and ended up 17th when the checkers flew on the eighth race of the season.