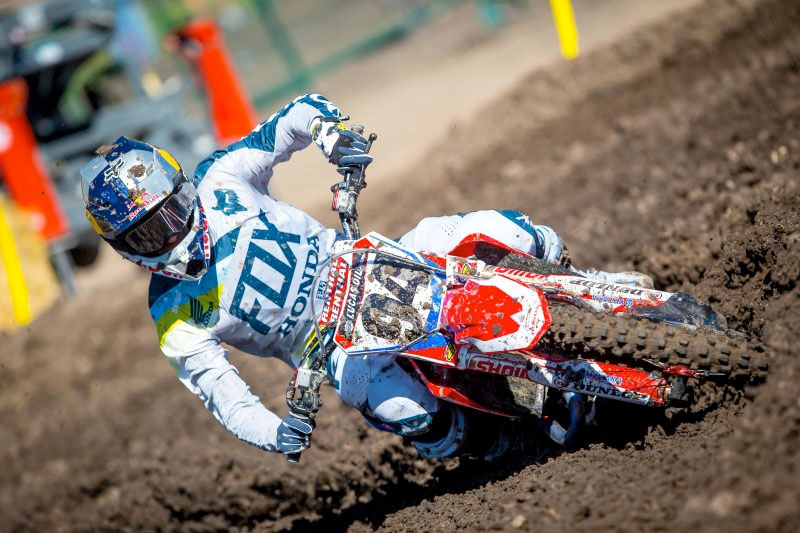 A 2-2 results for the round was enough to see Roczen back up on the podium with second overall.
In only his third race back from injury, Team Honda HRC‰Ûªs Ken Roczen continued his amazing progression, battling hard for the lead in both motos at the Thunder Valley National to score his first overall podium of the season, landing second with 2-2 results at round three of the AMA Pro Motocross series.

When the gate dropped for the first moto, the German got off to a seventh-place start, but he moved up to fifth by the green flag. He had advanced to third before the race was red-flagged and everyone was forced to return to the starting line. On the restart, Roczen rocketed his CRF450R to the holeshot and, after briefly surrendering the front spot, regained it later in the opening lap and maintained it for over half the race. Coming under severe pressure from Eli Tomac, Roczen was able to evade the subsequent advances for several laps before relinquishing the lead on lap 10. He fought hard to make a counterattack but was eventually forced to settle for second.

In moto two, Roczen got off to a fourth-place start but blitzed the downhill to quickly move into second. He closed in on the leader, and a three-way battle for the top position ensued, with Roczen falling to third in the battle. The top two riders tangled on the next lap, which gave Roczen the opportunity to take the lead. He stayed smooth and consistent up front before once again coming under fire, and after fighting tooth and nail for several laps, he slipped to second with 10 minutes remaining. 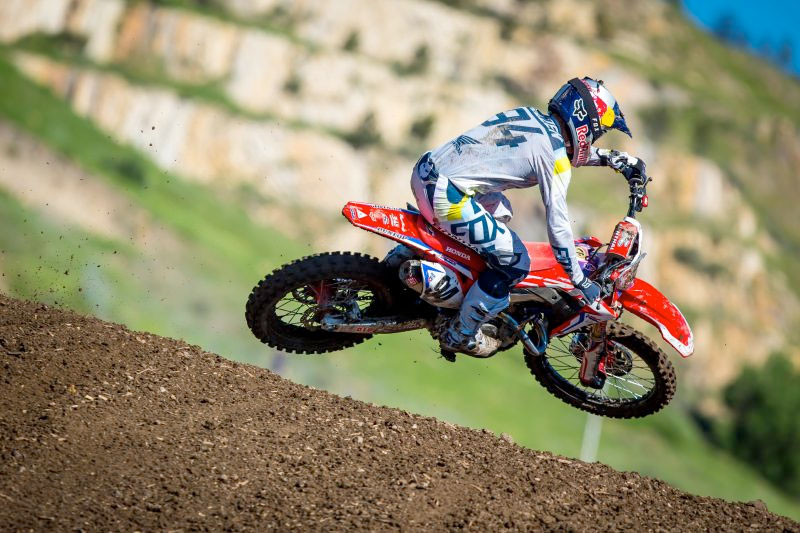 Roczen‰Ûªs Colorado performance moved him up two positions in the championship standings, to fifth, with 97 points.
"Being in the battle up front and being in the mix today is awesome," Roczen said. "Hangtown was honestly kind of miserable just because I didn‰Ûªt know what to expect, didn‰Ûªt have a lot of time on the bike, and everything just felt so foreign. Here, I basically rode the same bike that I rode at Glen Helen, and though it wasn‰Ûªt totally ideal, I knew what the bike was going to do and how it would react to things.

"We got good starts and rode up front," He continued, "It‰Ûªs great to have the racing butterflies again and to be doing good. It‰Ûªs just amazing and the greatest feeling ever and so much better than sitting on the couch. I could have one day or six months of preparation and I‰Ûªm still going to want to go out there and do what I did today. I want to be up front, I want to battle, and if I don‰Ûªt win, that‰Ûªs fine. I can‰Ûªt expect myself to go out there right away and go 1-1, but to be up front, go 2-2, and be on the podium is beyond amazing. I‰Ûªm having a blast right now.‰Û 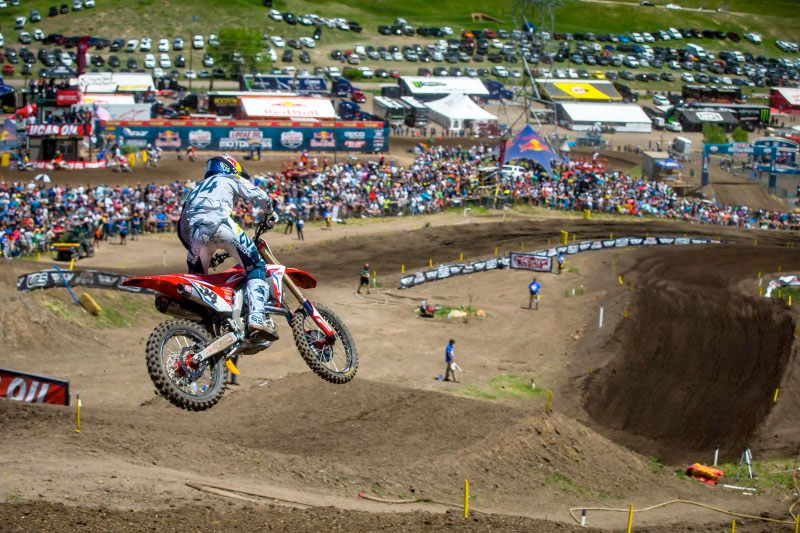 Good starts in both motos contributed Roczen's success on the day.
Team Manager, Erik Kehoe, is happy with how the plan for Roczen's return is panning out.

‰ÛÏToday definitely feels great. This is right according to plan, if not ahead of schedule," Kehoe reflected. "Ken‰Ûªs plan has been to build and get stronger each week, get good starts, and continue to learn, which is exactly what he did today. I don‰Ûªt know if anyone, including Ken, expected him to be back on the podium at this point in the season, but he‰Ûªs incredibly tough mentally and knows in his mind that he‰Ûªs capable of doing what he did. He really showed how strong he already is, and this just continues to build his confidence so I think soon he‰Ûªs going to be ready to battle even more.‰Û 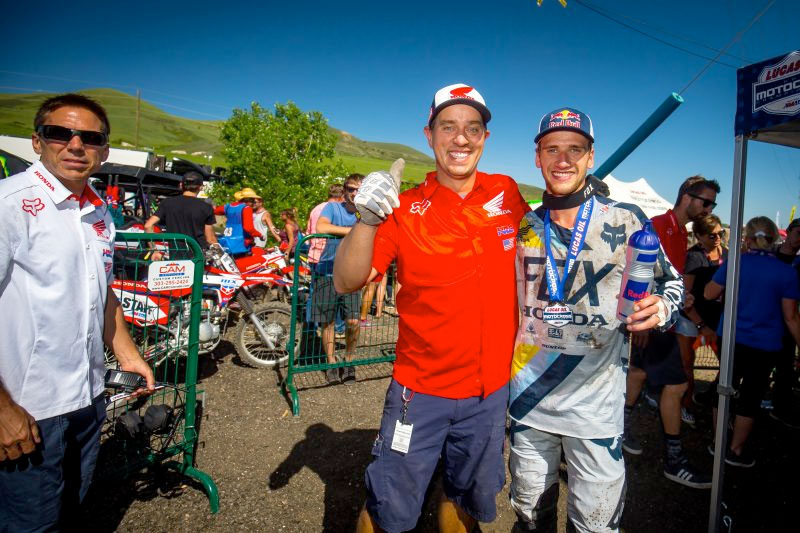