Ken Roczen Back in Points Lead After Minneapolis Supercross 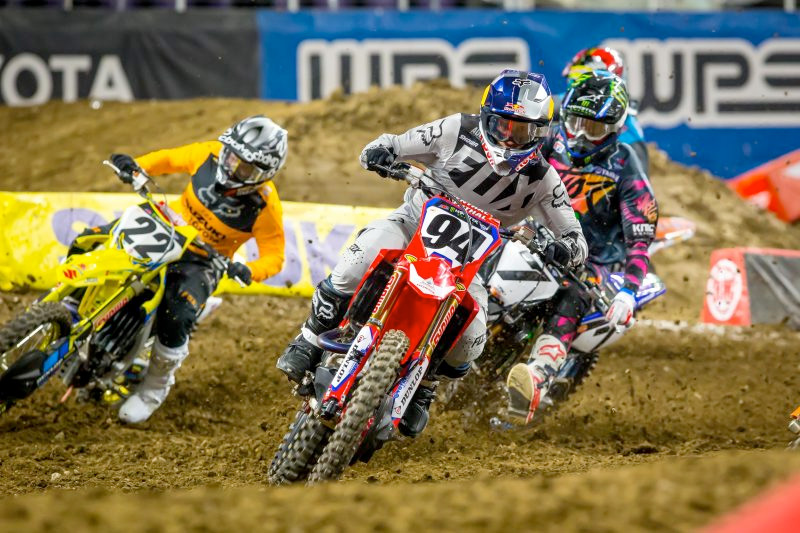 Despite not having won a race so far in 2019, Ken Roczen finds himself in the championship lead through consistent result that have seen him finish in the top five at all six rounds contested so far.
Ken Roczen continued his consistent 2019 AMA Supercross season at round six in Minneapolis, notching a steady runner-up finish in U.S. Bank Stadium and reassuming a slim lead in the championship chase.

Roczen‰Ûªs practice schedule leading up to Minneapolis was disrupted, as he spent much of the week letting his skin recover from the rash caused by lime that organizers had put in the wet dirt at last week‰Ûªs San Diego Supercross. Roczen only got in one day of practice but hopes to be back to his regular schedule this week.

The Team Honda HRC rider, who has yet win a race but also yet to finish outside of the top five this year.

After setting the eighth fastest time in qualifying Roczen made it straight through to the nights main event after finishing third in his heat race.

Starting the main event in third place Roczen rode in that position for 15 laps before putting a pass on Joey Savatgy to take over second place. With the leader Cooper Webb out of reach by that point, the German held his position to the finish.

‰ÛÏI had a little wheelie on the start, and I came around in third. I was just in third forever because it's just really hard to pass out there; it gets rutty and we‰Ûªre all kind of taking similar lines," Roczen explained.

"I felt really good, but I couldn't ever make the pass happen, and once Cooper [Webb] got by Joey [Savatgy], he gapped us. I wish I would‰Ûªve had a clear lap earlier because I feel like I could‰Ûªve done a charge toward the end, but with these turns and the intensity we brought, I didn‰Ûªt want to just do a silly, aggressive move and bump up on the inside. I just took a little bit too long, but I‰Ûªm happy with second place and back in the points lead. I still want to win, but it‰Ûªs all good to get out of here healthy.‰Û 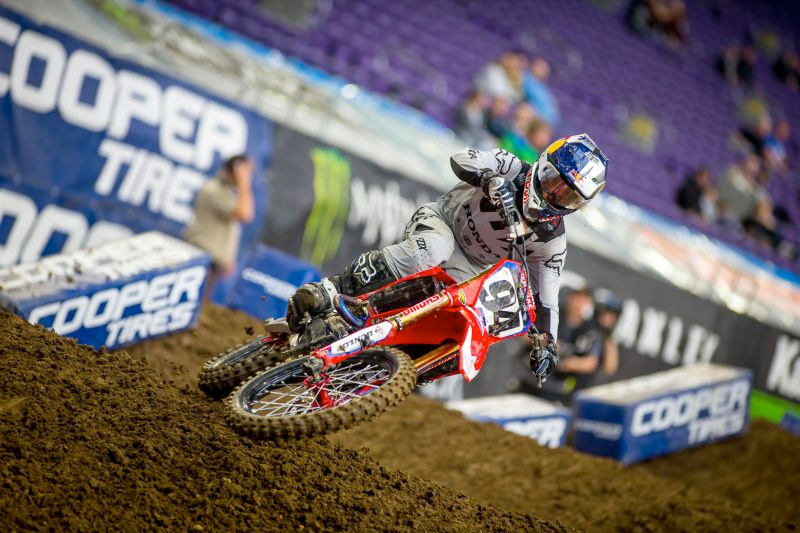 Due to lime burns from the previous round, Roczen was only able to practice for one day leading into round six.
The 450SX points chase has been extremely close this year, and through the first six rounds, the top four riders are within two points of one another. ‰ÛÏWe‰Ûªve switched red plates quite a bit this year,‰Û 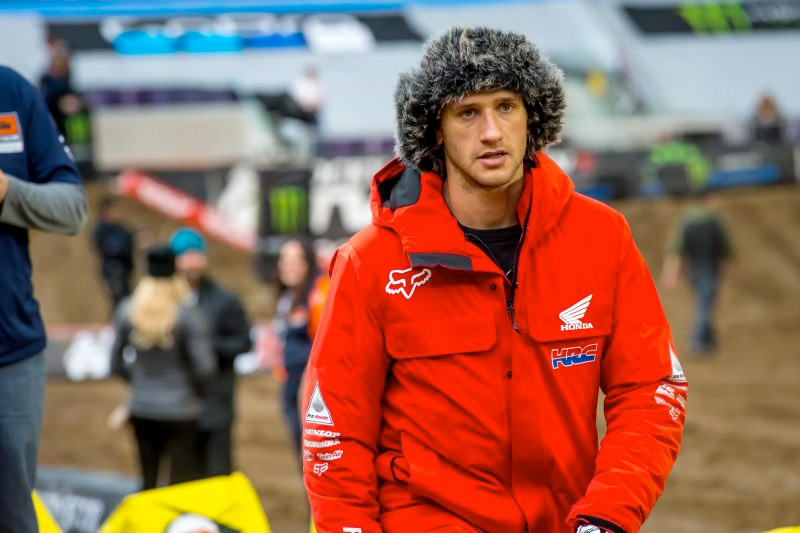 Roczen was ready for the freezing conditions in Minneapolis.