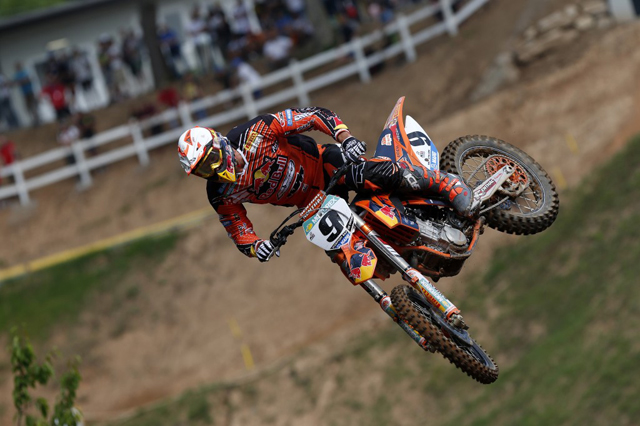 The 29-year old Belgian rider sustained multiple fractures to his left wrist during what was essentially a recreational ride after hard training with the factory team in Italy.

Ken, who last week had been training with the team in Rome, returned to Belgium and was relaxing at the circuit to put in a few fun laps on his KTM 250 Enduro bike. Unfortunately, Ken was unable to avoid a stationary rider after clearing a jump and quickly realized that he had injured his wrist in the impact.

De Dycekr, who joined KTM‰Ûªs MX1 factory team led by Claudio De Carli two years ago, scored impressive results in the 2013 season. In addition to finishing third overall in the MX1 World Championship, he was also part of the winning Belgium team at the Motocross of Nations and also a national champion.

De Dycker has already undergone surgery in the Belgian town of Herentals conducted by the renowned specialist, Dr. Tom Claes. The surgery, which saw the fractures secured with plates and screws, was completely successful and went off without any complications.

"At the moment it is difficult to predict how long Ken‰Ûªs recovery process, including the rehabilitation phase, might take," a statement from KTM Read. "There is a possibility he may miss the first race of the season but he has said he was confident and ready to do everything necessary to try to get back on the bike as soon as possible."