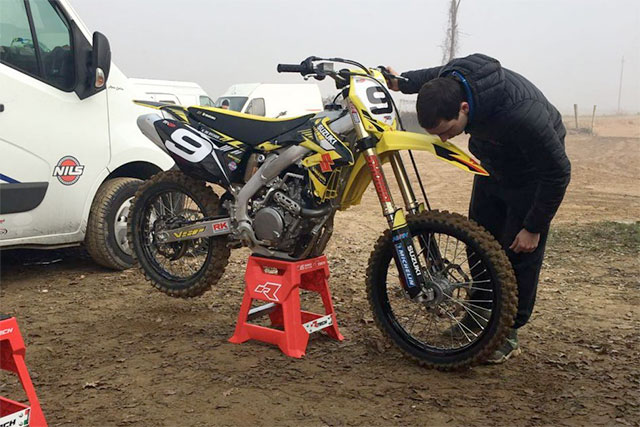 Belgian rider Ken de Dycker will ride the European MXGP‰Ûªs on a Suzuki RMZ 450 with an option for the overseas MXGP‰Ûªs with Italian team J-tech in 2017.

The J-tech team that was founded in 2012 and has it's base near Parma, Italy, the team have recently switched from Honda to Suzuki. They will be supported by Suzuki Italy.

de Dycker injured his knee while practicing back at the end of August. While there was no ligament damage he did crack his knee cap and was sidleined for 6 weeks following the incendent. This injury was on top of another tough injury when he suffered a fracture to his right upper leg during a practice crash at Royal Hills in France in February, days before the the 2016 season commenced.

"I‰Ûªm really happy to join the J-tech team, i feel all ready very comfortable in the team and on the bike," the 32-year-old said. "We are going to do some more testing with the new Suzuki. I‰Ûªm fully recovered and i want to come back strong in the world championship. I want to thank all my sponsors for their support and trust in me.‰Û