Kayne Lamont starts the Kiwi Motocross season with a win 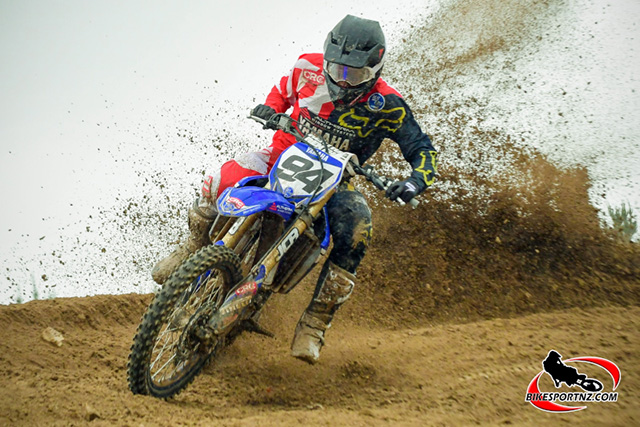 Kayne Lamont is back on top of the Kiwi motocross scene, temporarily at least.

The 24-year-old Altherm JCR Yamaha Racing Team rider made his MX1 class debut a winning one at the weekend‰Ûªs popular annual MX Fest event in Taupo on Sunday, claiming the main trophy after a day-long battle with reigning national MX1 champion Cody Cooper.

Lamont was crowned national MX2 (250cc) champion in March 2014, but now he‰Ûªs the MX1 class rider for the high-profile factory Yamaha team and the pressure was on him over Labour Weekend to quickly adapt to his new Yamaha YZ450F bike and also to battle the cream of the big bike class at one of New Zealand‰Ûªs premier stand-alone events. He didn‰Ûªt disappoint.

He kicked off the weekend by winning Saturday evening‰Ûªs Speedcross event, an invite-only, supercross-style segment of the two-day MX Fest programme. He headed Brad Groombridge, Blake Gillard and Cooper across the finish line in that spectacle and that was perhaps an omen for what was to come the following day.

When Cooper crashed out in the first turn of that final showdown, it became a two-man race and Lamont was simply too swift for Steiner, winning the race comfortably, taking the shoot-out honours and winning the MX1 class outright, ending the day two points clear of Cooper and a whopping 24 points clear of eventual MX1 class third-ranked man Groombridge.

‰ÛÏI showed lots of speed all day and that‰Ûªs despite the fact that I‰Ûªm still getting used to the new bike,‰Û