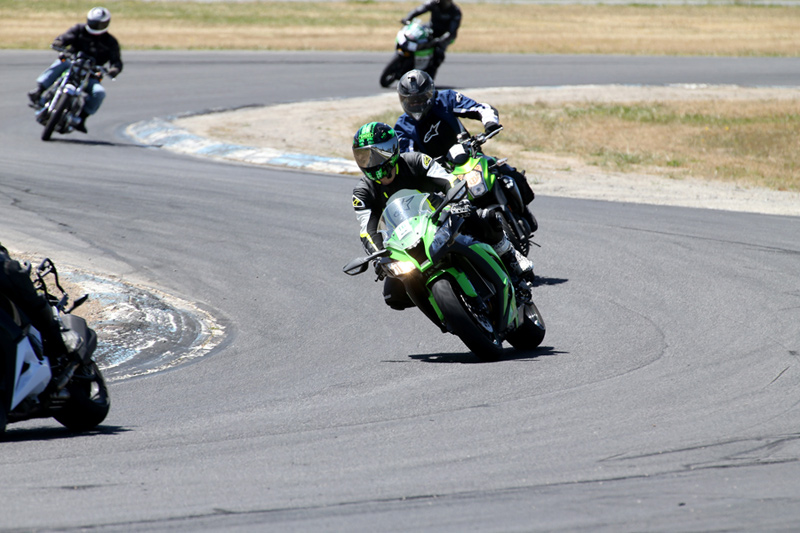 After a successful debut track ride day at Wakefield Park, NSW in April, Kawasaki held their 2nd Kawasaki Team Green Australia Track Ride Day at Winton, Victoria on Wednesday 29th October with many participants turning up to ensure that the day was as successful as the first.

The more than 50 participants, Kawasaki staff and dealers couldn't have asked for better conditions with the wind blowing softly and the sun shining all day.

The day unearthed a vast array of Kawasaki riders including experienced riders with their slick tyre fitted racing Ninja's and many first time track riders who recently signed up to Kawasaki team Green Australia to take advantage of the $50 track ride day.

Participants were able to check out the awesome new supercharged Ninja H2R that Kawasaki had on display and listen to it's impressive exhaust note as it was started throughout the day.

Kawasaki Australia MD Ken Hashiba made time in his schedule to be in attendance on the day and cut many laps on different Kawasaki motorcycles including the Kawasaki Motors Finance Ninja 300 race bike that was on loan from KMF and it's duties within the Ninja FX300 Cup at the 2014 Australasian Superbike Championship.