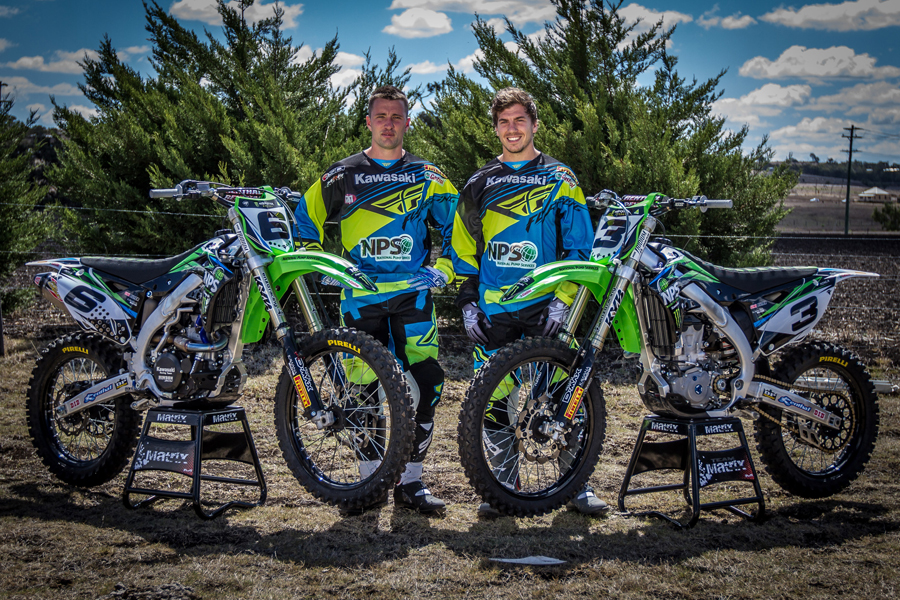 Kawasaki Australia‰Ûªs factory MX/SX racing effort has been revealed with National Pump Services as a new major naming sponsor of the team.

Kawasaki is confident that the collaboration of a strong and successful Australian company in National Pump Services, an established motocross oriented lifestyle brand in Monster Energy and world class riders on proven Kawasaki KX motorcycles will combine to bring championship glory in 2014.

As previously announced, talented riders Adam Monea and Jake Moss will each race KX450F‰Ûªs in the MX1 class for National Pump Monster Energy Kawasaki at the 2014 Monster Energy MX Nationals.

National Pump Monster Energy Kawasaki is excited to continue their valued long term relationship with the McLeod Accessories group that will see Jake Moss and Adam Monea wearing Fly racing gear, Sidi boots and M2R helmets which is quickly establishing itself as a highly popular and iconic Australian helmet brand. The team is also pleased to retain the support of Castrol and Easternwell as major sponsors in 2014. 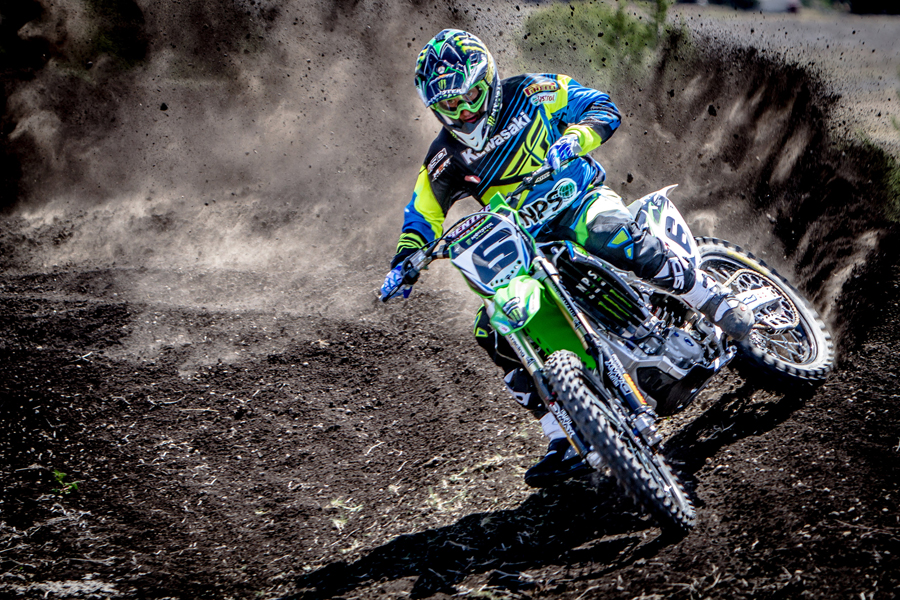 Jake Moss steps into the team in 2014 to race along side Adam Money - Credit: FiftySixClix
National Pump Monster Energy Kawasaki is also looking forward to racing on Pirelli tyres in 2014. The team is looking to win more championships for Pirelli who enjoyed a highly successful 2013 season, winning both the motocross and supercross championships.

‰ÛÏIt‰Ûªs extremely exciting to have National Pump Services join Monster Energy Kawasaki in 2014." Team Manager Troy Carroll stated. "For National Pump to step up and support the team like they have in 2014 is a huge plus and we are very grateful.

"We‰Ûªre very appreciative of the continued support from Monster Energy and all of our other sponsors as well. With such a strong team support structure in place combined with how well Jake and Adam are currently riding, we couldn‰Ûªt ask for a better start to the racing season.‰Û