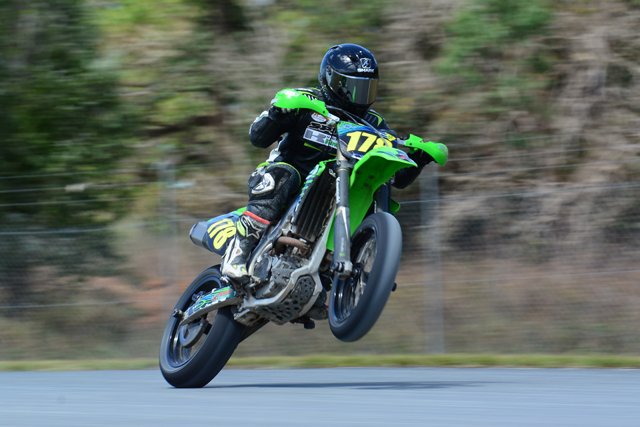 Kawasaki‰Ûªs Luke Burgess has added yet another Australian Title to his growing collection after winning the 2013 Australian Super Motard S3 250cc Title on board his KX250F at Queensland‰Ûªs Whitsunday Motorsports complex.

After qualifying his KX250F in pole position, Luke went on to win all 5 races to win the championship in flawless fashion.

Burgess, who works as a salesman at family owned dealership, Mackay Kawasaki was pleased to add another title to his resume.

‰ÛÏI‰Ûªm so pleased to win this title." Burgess enthused. "There‰Ûªs no doubt that years of racing dirt track combined with experience gathered recently on road race tracks all helped me to secure this title.

"I‰Ûªd also like to thank my parents for their ongoing support," he concluded.

Luke will now have a couple of weeks to rest before competing at the final round of the Australian Super Bike Championship at Phillip Island, Victoria on 5-6 October where he will be racing to defend his ASBK 250cc Title.