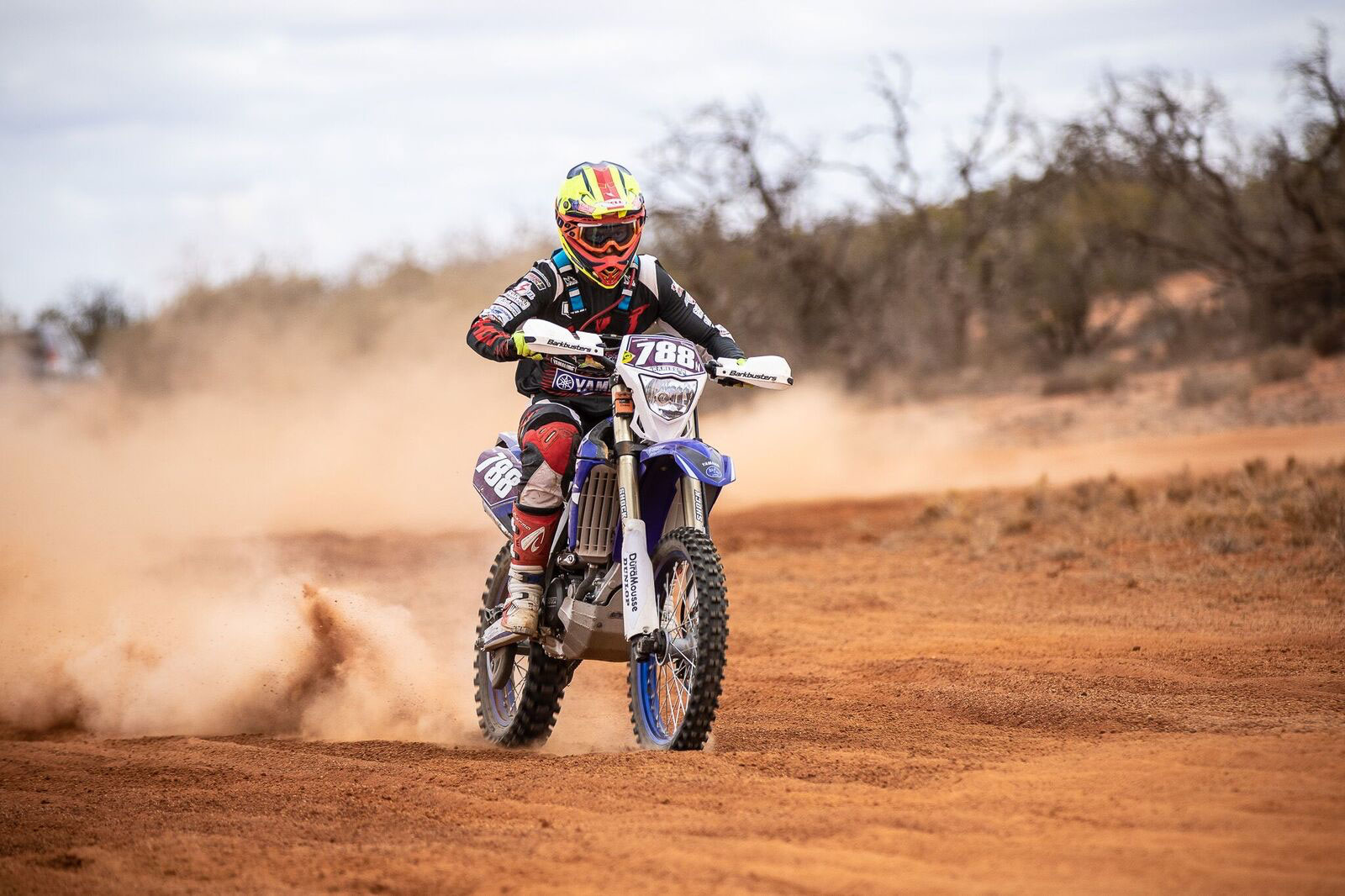 Emelie Karlsson showed the women‰Ûªs class how to handle the conditions taking a commanding victory.

In the Veterans class it was Peter Rudd who lead the way, taking the victory by just under ten seconds from his nearest rival.

Proving to be quite the desert rider, Craig Treasure took the master‰Ûªs class victory.

Women‰Ûªs
Coming into the round there were a few doubts over the fitness of Karlsson as she had a knee injury, but she put the pain aside to take a commanding victory. Aboard her Yamaha Karlsson backed up her quickest time in yesterdays prologue to take todays victory by over seven minutes.

Karlsson was thrilled to take the victory; ‰ÛÏIt was great to get the win, it was fun and even a bit scary at times as I am not used to going that fast. My knee was quite sore on lap three, but I took some pain killers and taking the win makes it feel a lot better,‰Û