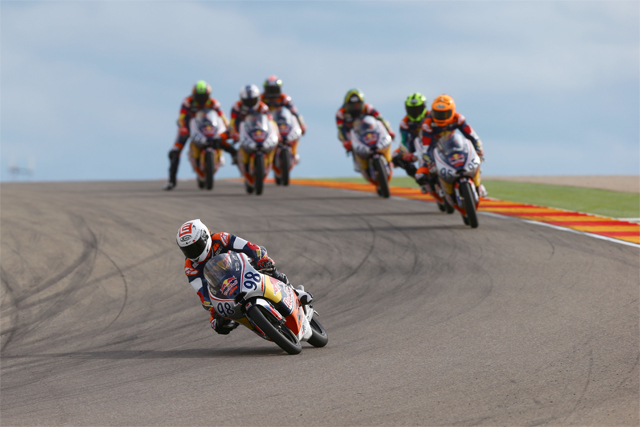 Already with the title in his hands Karel Hanika put in a flawless display to take his seventh Red Bull MotoGP Rookies Cup win of the year at Aragon on Saturday.

The 17-year-old Czech worked hard for it and only at the end of an intense 15 laps did he have a handy advantage over 17-year-old Dutchman Scott Deroue and 14-year-old Italian Stefano Manzi. They flashed across the line at the head of an six rider battle for those last two rostrum places.

‰ÛÏAt the end it might have looked OK but it was a really very hard race,‰Û 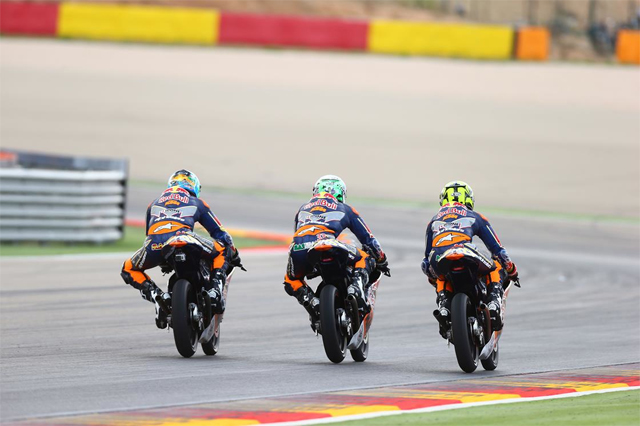 The 15-year-old Italian took the victor's trophy but no one rode that final 5.078 km (3.155 miles) better than Toprak Razgatlioglu.

The 16-year-old Turk was half a second behind the leading trio going onto the final lap but cut his way to the front in sensational style. He led onto the back straight but the smaller men behind picked up his slipstream and he was powerless to prevent their passing. He crossed the line fourth ahead of Diego Perez, Joan Mir and Jorge MartÌ_n.

Take nothing Bastianini though he had also ridden superbly from 12th on the grid, clawing his way through the lead group and only making his play right at the end.