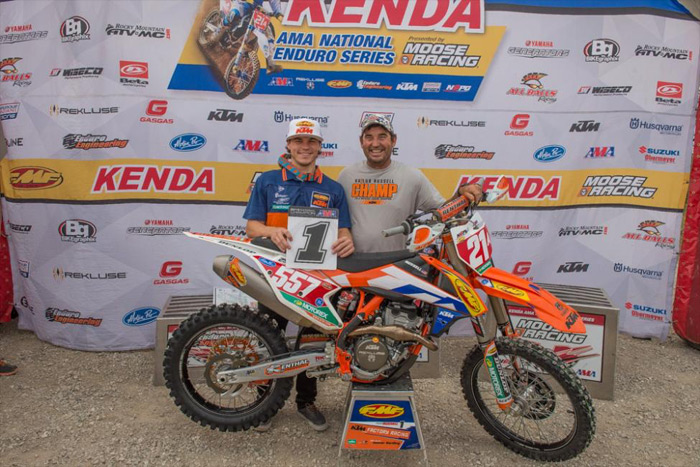 In doing so Russell is the first racer in the history of American off-road racing to clinch both the GNCC and National Enduro Championships in the same season.

Both championships come after the official announcement that Russell had, in fact, torn his ACL during the International Six Days Enduro (ISDE) in Slovakia just two weeks ago. Pushing through his injury, Russell was able to finish on the podium this past weekend at round nine of the National Enduro Championship with a third place overall.

"A few weeks ago when I hurt my knee, I wasn't sure what I would be able to do with the two championships I had on the line," said Russell. "I am so thankful I was able to ride through this injury and win these championships. I had a great season and I am very grateful to my team for their support."

Top Image: Kailub Russell earned the 2015 GNCC and National Enduro Championships just one week apart from each other.