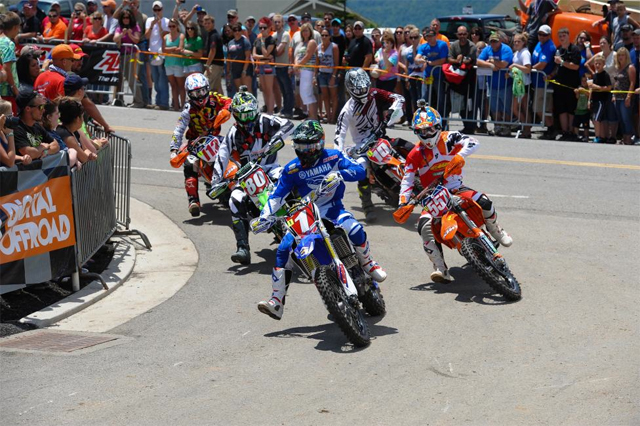 It was a picture perfect day for racing in eastern West Virginia as Round 9 of the AMSOIL Grand National Cross Country Series took place at Snowshoe Mountain Resort on Sunday.

In a grueling three-hour battle to the finish, Kailub Russell came from behind to secure his third consecutive win of the season at the AMSOIL Snowshoe GNCC, closing the points gap on his teammate Charlie Mullins in the National Championship chase.

Russell started on the front row alongside Mullins, Chris Bach, Paul Whibley and Josh Strang, but a crash on the opening lap set the Factory FMF/KTM rider a ways back from the lead pack. Mullins put himself out front right away, where he led the first two laps of the race.

Shenandoah Honda/USWE-Sports.com's Thad DuVall started on the second row, only 10 seconds behind the first five riders. By the end of Lap 1, DuVall had made his way into the second place position where he engaged in a battle with AmPro Yamaha's Jordan Ashburn. 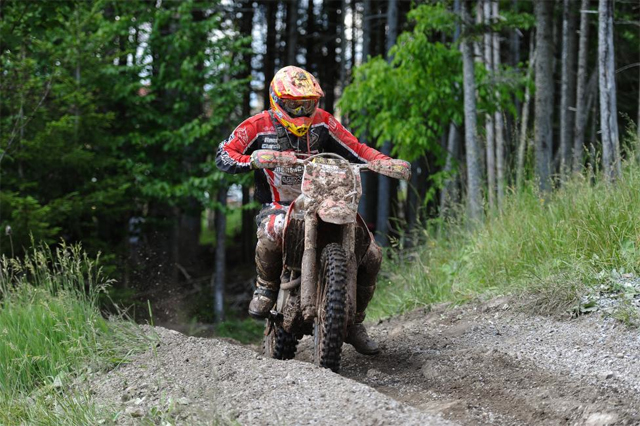 Thad DuVall had an impressive ride after a mechanical issue almost ended his day Credit: Ken Hill
DuVall eventually commanded the second place position where he set his sights on Mullins for the lead. DuVall caught and passed Mullins for the lead about halfway through the eight-lap race and the duo went back and forth for the lead position.

Meanwhile, Russell was making a charge from behind despite running into a few roadblocks along the way. Russell eventually caught the leaders just as DuVall began to experience mechanical issues on the course.

"I came through a section and hit a rock pretty hard and it broke my shifter clean off." Duvall explained. "I ended up being stuck in third gear for almost a lap but my pit crew installed a new one and I lost a few positions in the meantime."

Ashburn sat in a comfortable third place position for a majority of the race until a mechanical issue plagued his AmPro Yamaha machine. Ashburn pulled into his pit but the punctured radiator hose wasn't repairable in time to salvage any championship points. 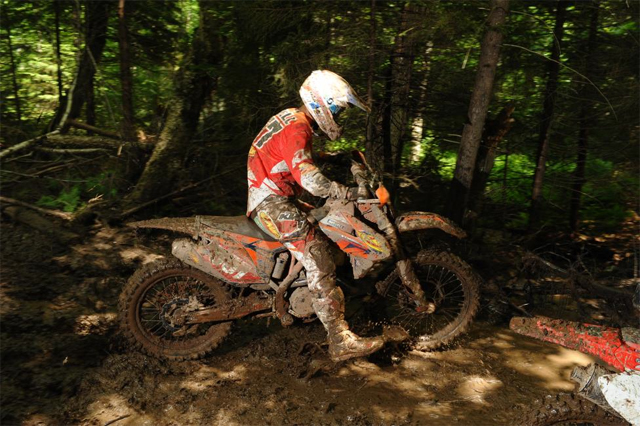 Kailub Russell secured his third consecutive win on Sunday - Credit: Ken HIll
Ashburn's misfortune allowed Carolina KTM/RidePG.com's Chris Bach to make his way into the third place spot. Bach set his sights on Russell and Mullins but the KTM duo had created a large gap on the rest of the field. From there, Bach rode a solid and consistent race to finish third place physically, but in the end it was DuVall who prevailed with third place overall on adjusted time.

Mullins made a valiant charge on Russell during the final lap, ultimately finishing 10 seconds back for second place. Russell's victory marked three-in-a-row for the Ohio native, closing the points gap on Mullins to only three points heading into the summer break. 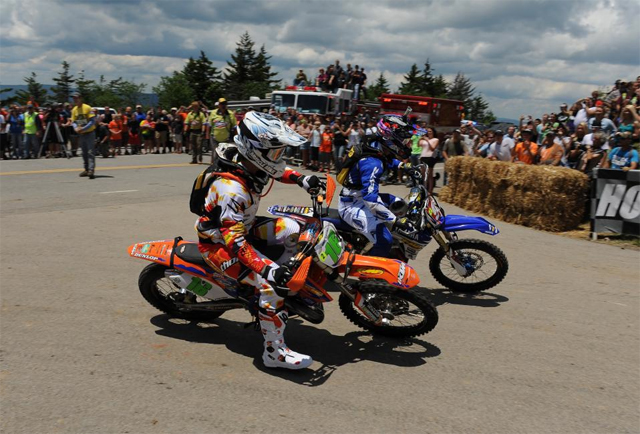 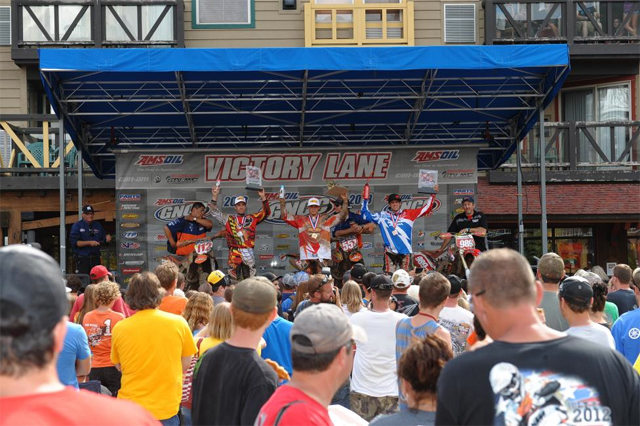 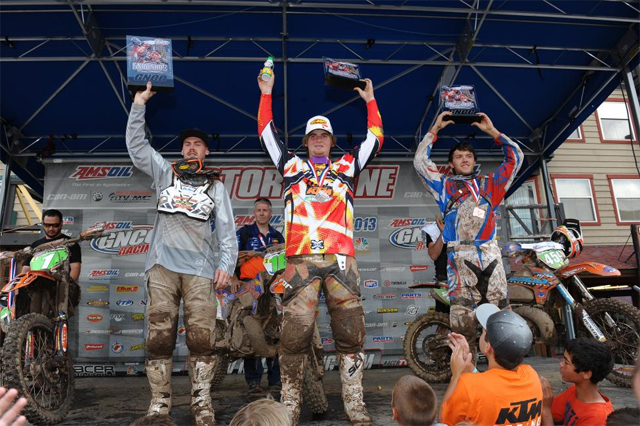