Kale Makeham’s Season Over After Heat Race Crash in S.A ASX Round 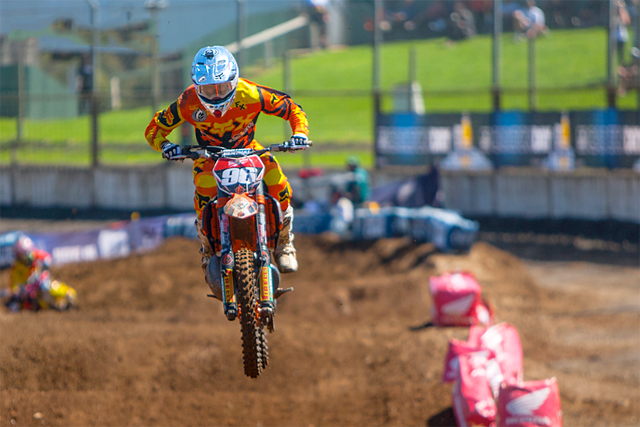 Coming into round three of the championship being held at the Borderline Speedway in Mount Gambier, Makeham was looking to kick start his 2013 Supercross season after a tough outing at the opening two rounds held in Darwin four weeks prior.

After setting the fourth fastest lap time in SX Lites qualifying, the 2012 Under 19s supercross champion headed to the gate for round one and confident of qualifying through to the main event with a top gate pick.

"It is definitely disappointing for this to have happened, I am Seeing a specialist on Wednesday but it's all looking positive though I will more then likely out for season though, my shoulder is so weak and painful still." Makeham stated.

"It all Happened so quick, I think Harrison, Dorreen and Styke came together and Harrison bounced into, I think I hit Lamont or Dorreen and went down, it would actually be good to see how it all happened!"

"I really wanted to get one win by end of season, that is not going to happen now," Makeham added.

With rounds four and five of the 2013 championship being held this weekend at Phillip Island in Victoria, Makeham who knows his season is all but over, will turn his focus on recovering from this injury and also turning attention to his 2014 racing campaign.

"I'm lucky I have my deal in place for next year already so can't complain to much just hate not racing when I know I can win," Makeham continued.

"My focus now will be getting 100% fit and also to spend some time finalising all my sponsors and plans for the 2014 season."

Top Image: Kale Makeham was looking fast during practice and qualifying before disaster struck in his heat race 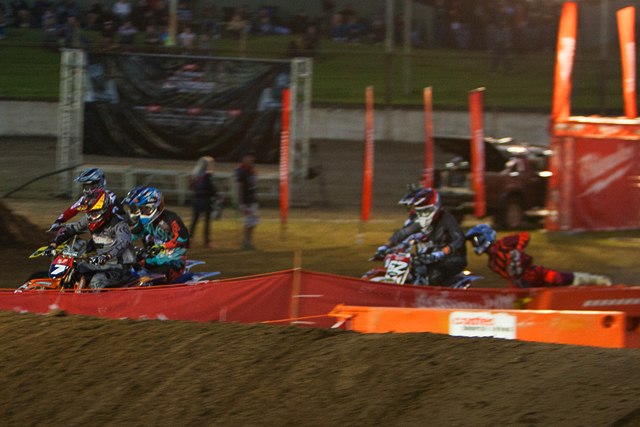 Just in the back of the above shot you can see the end result of Kale Makeham getting tangled up with riders just out of the gate on Saturday night - Credit: Aaryn Minerds