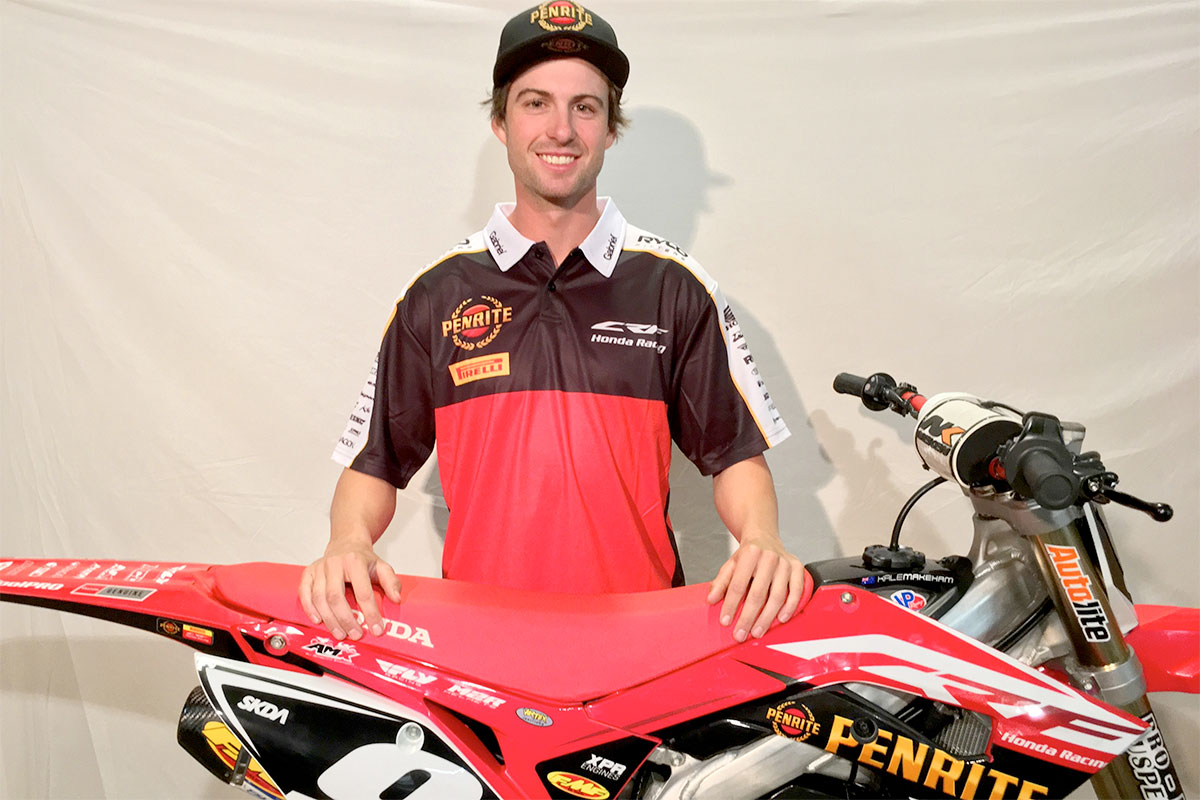 The 24 year old, ex-Australian Supercross Champion has been riding as a privateer this season and currently sits in 10th place in the MX2 Class.

Makeham welcomes the opportunity to join the team and prove his skills, on-board the CRF250R.

"I couldn't be more excited to join the Penrite-Pirelli CRF Honda Racing team," Makeham said. "After a year away from the sport last year, it was a goal of mine to secure a team ride coming back into it this year, so it's a dream come true to achieve that with such a highly regarded team. I am extremely grateful that Mark Luksich has given me this offer and I plan on working extremely hard in my preparation for the upcoming races and to make the most of my time with the team," stated an enthusiastic Makeham.

Team principal, Mark Luksich is very pleased with the partnership; "It's always difficult mid-season to find a suitable replacement rider and put all in place to make it work. I felt we really owe it to our great sponsors and it's nice to give another hard working rider a break. Kale has already shown some strong results this season and is definitely hungry to prove himself." Said Luksich.

"We look forward to having him join us and at the same time I want to make sure Jackson remains close by so we can support his return from injury." Luksich concluded.

Makeham has been testing in Sydney in preparation for Round 6 of the season, held on the 1st July in Conondale Qld.