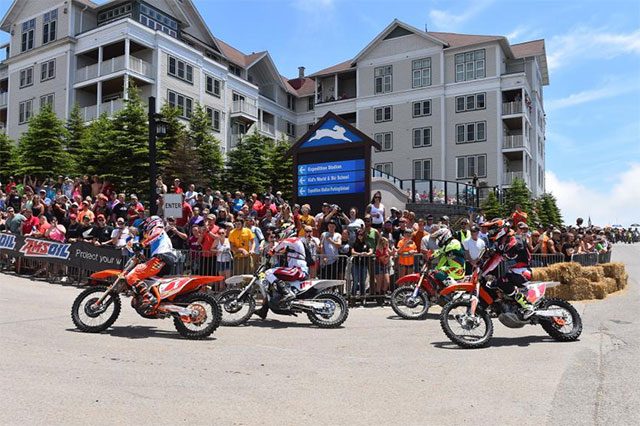 Snowshoe Mountain hosted the ninth round of the 2016 AMSOIL Grand National Cross Country (GNCC) series presented by Maxxis, an AMA National Championship, this past Sunday, June 26.

The rough and rugged conditions created a grueling track for the AMSOIL Snowshoe GNCC that lived up to the nickname of "America's Toughest Race." After three hours of intense racing it was FMF/KTM Factory Racing's Kailub Russell taking home the coveted win and earning his sixth win of the season.

The unique live engine start modeled after the famed Blackwater 100 race treated Russell well where he jumped out to the early lead. Russell quickly pulled a large gap on the rest of the field and continued to hold the lead position as he checked through timing and scoring for the first time.

After starting on the second row, Rocky Mountain ATV*MC/KR4 Arrive-N-Ride Team's Thad Duvall made quick work into third by the conclusion of the first lap. While Russell maintained a dominate lead, Duvall began to start charging and took control of the lead position on the second lap with adjusted time.

Duvall was a man-on-a-mission and right on the back tires of Russell when Rockstar Energy Husqvarna Factory Racing/Bel-Ray's Josh Strang came into the mix. The three rode within seconds of each other until Strang fell back allowing for Westfield Powersports KTM Presented by Moose Racing's Jordan Ashburn and N-Fab/AmPro Yamaha's Grant Baylor to catch up to the front runners. 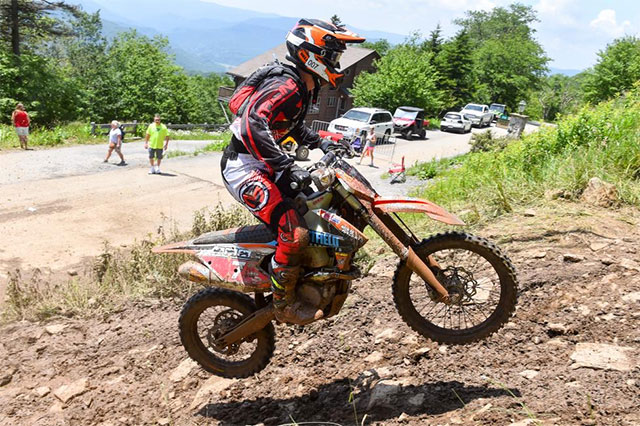 Jordan Ashburn finished fourth overall and third in the XC1 Pro class. Photo: Ken Hill
JCR Honda/Lucas Oil/Maxxis/FLY Racing's Trevor Bollinger used his first row start to his advantage where he was riding just in front of Duvall and learning the ways of the front row. Unfortunately, Duvall would face a mechanical issue with two laps left where he could not keep his bike started. Bollinger was able to reel in Russell around the halfway point of the race until Russell started to pull away once again.

Meanwhile, Baylor secured the second place position in XC1 Pro class on the fifth lap with Ashburn racing right behind him. Russell continued pushing where he crossed the line over two minutes ahead of Baylor and took the overall win. Bollinger's outstanding ride earned him second overall with Baylor following in third. Ashburn rounded out the XC1 Pro podium.

"I think I belong up there with the XC1 Pro guys, and I work too hard not to think that," said Bollinger. "It was good to ride with Kailub and Thad. I definitely learned some things and I'm going to try and carry this over into next year. It's hard to catch them from the second row due to the starts I normally get, but to be able to start with them was eye opening, today was just awesome. Thank you to everyone on the whole JCR Honda team for your support."

SRT/KTM/Kenda Tires' Steward Baylor crossed the line fourth in XC1 Pro and sixth overall. This finish vaulted Steward Baylor Jr. into eighth in the points championship. Strang ended up finishing seventh overall with Coastal Racing/Rockstar/Husqvarna's Ryan Sipes following in tenth overall after making his return to GNCC Racing after missing the past four rounds due to injury. 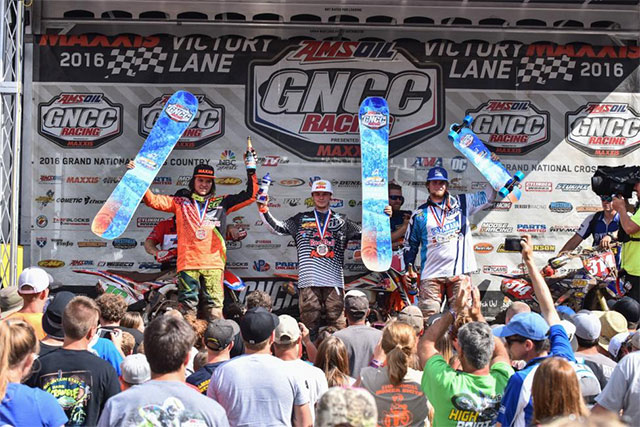 The 2016 AMSOIL Grand National Cross Country Series continues in the fall, September 10 and 11, with the Parts Unlimited Unadilla GNCC at the popular Unadilla MX in New Berlin, New York. 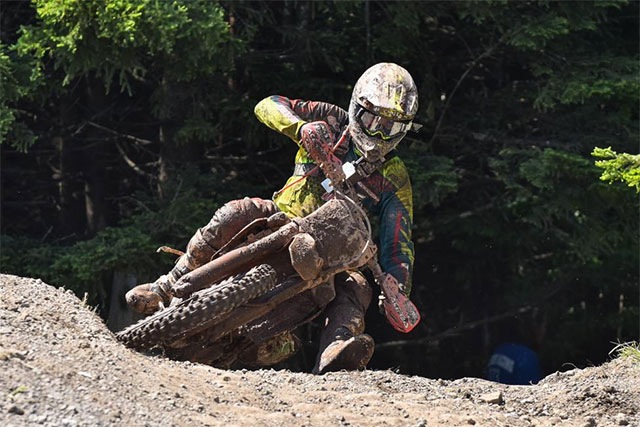