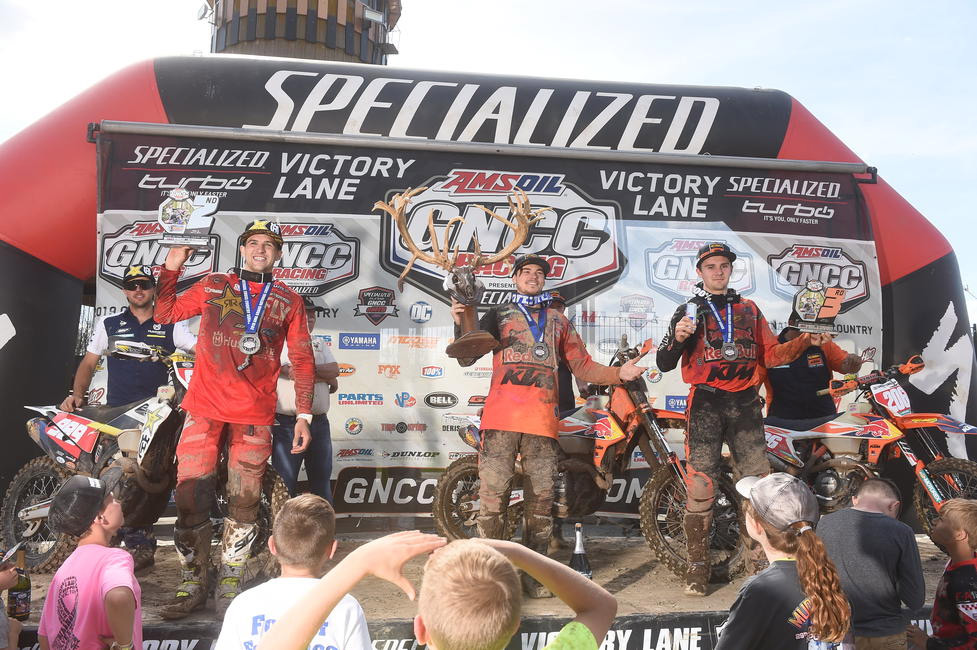 Kailub Russell earned his third win of the season and 57th career overall win. K. Russell maintained a sizable lead throughout the entire race, leading from the opening lap until the checkered flag flew after three hours.

Coming through second overall was Thad Duvall. Throughout the duration of the race, Duvall held onto the second place position while trying to close the gap between himself and K. Russell. After running around one minute to 40 seconds behind K. Russell, Duvall would put on a last lap charge but would fall just 7 seconds short of taking the overall win. Duvall heads to The John Penton GNCC sitting 18 points behind K. Russell in the points standings. 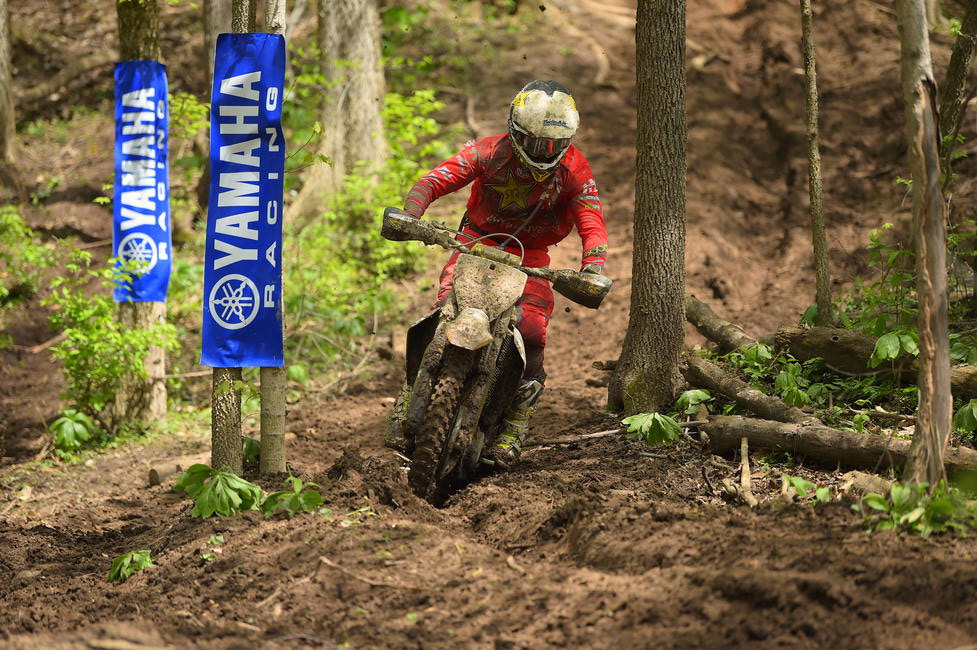 Thad Duvall finished seven second behind Russell for second overall on the day. Photo: Ken Hill
Earning his first podium finish in the XC1 Open Pro class was Josh Toth. At the start of the race Toth would find himself in third as the riders came around on the opening lap. Toth would settle into his third overall position, and maintain his speed until the checkered flag was thrown.

After starting out in the sixth place position, Steward Baylor Jr. worked his way up to finish fourth overall. Baylor Jr. would engage in a battle with fellow XC1 Open Pro competitors, but would work his way up to fourth on the third lap and remain there until the end of the race. Baylor Jr. holds onto third in the points standing as the series heads to Ohio in two weeks.

Returning from an injury sustained before the season began was AmPro Yamaha's Ricky Russell. R. Russell kicked off the day by grabbing the $250 All Balls Racing XC1 holeshot award. After running in fourth overall for first couple of laps, R. Russell would engage in a battle with Baylor Jr. before falling to fifth in the XC1 Open Pro class.

Grant Baylor also made his return to GNCC Racing after injuries and surgeries prohibited him from starting the season in Florida. Baylor would start it his day at the back of the pack, but would find himself moving through riders working his way up to sixth in the XC1 class, and seventh overall. 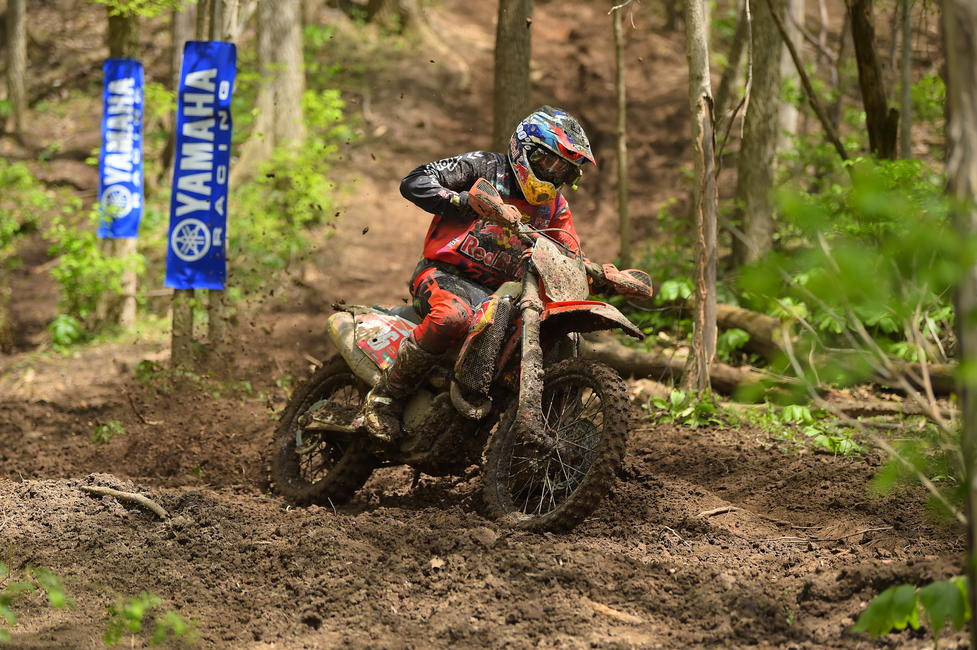 Josh Toth earned his first XC1 Open Pro overall podium finish with a third. Photo: Ken Hill
Putting in another great ride was Phoenix Honda Racing's Andrew Delong. This season Delong has finished inside the top 10 in his class at each event, and is steadily working his way up as the season goes on. Delong battled back-and-forth in the sixth and seven place position throughout the duration of the race, crossing the finish line in seventh.

Trevor Bollinger did not have the race he hoped for in Indiana. After a 14 minute pit stop to fix his bike from a crash earlier in the lap, Bollinger would find himself battling from the back of the group. Bollinger would be working his way from 11th in XC1 to 8th in his class by the last lap.

The 2019 GNCC Series returns on May 18 and 19, with The Wiseco John Penton GNCC in Millfield, Ohio. 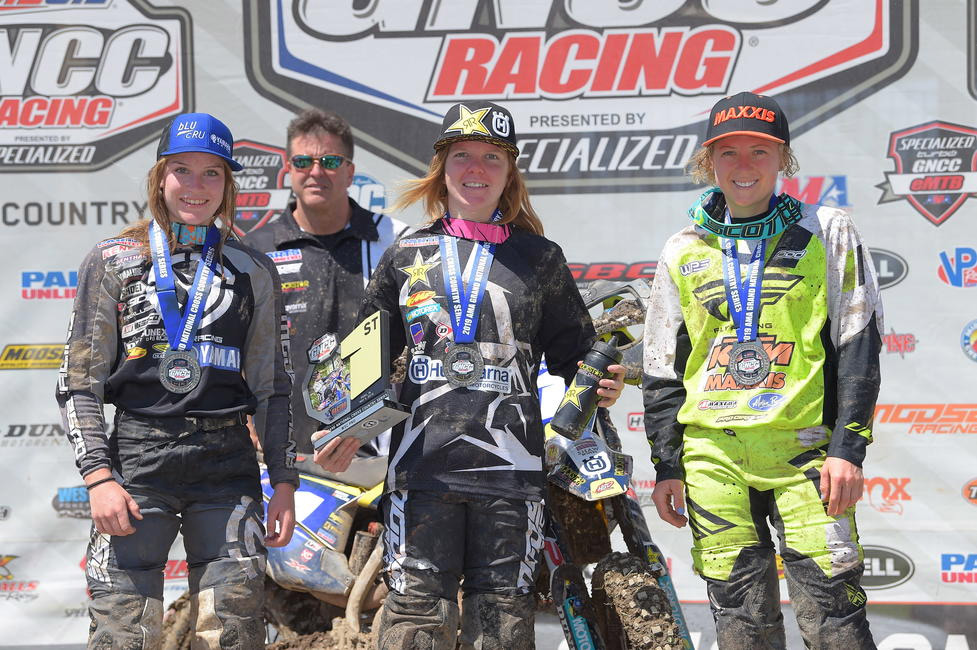