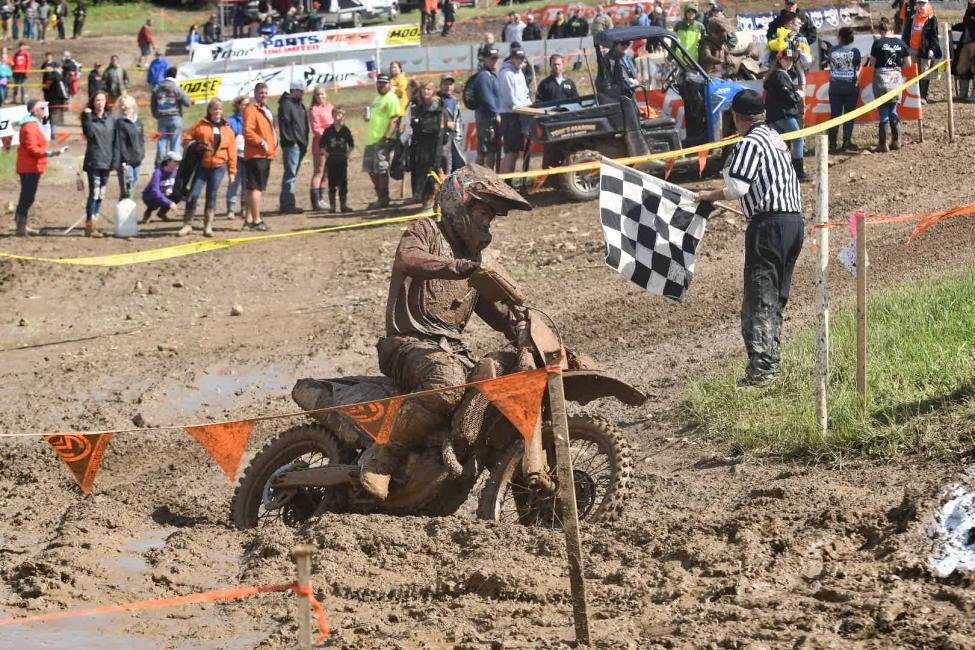 After an abundance of rain showers fell throughout the weekend, the rough and rugged conditions created grueling track that lived up to the nickname of "America's Toughest Race." When the checkered flag flew after three hours of intense racing it was FMF/KTM Factory Racing's Kailub Russell taking home the coveted win.

The unique live engine start modeled after the famed Blackwater 100 race saw JCR/Honda's Trevor Bollinger jumping out front with Tely Energy Racing/KTM's Steward Baylor Jr. in tow. However, as the leaders came through on lap one it was AmPro Yamaha's Ricky Russell leading the way on adjusted time as he started from the second row. 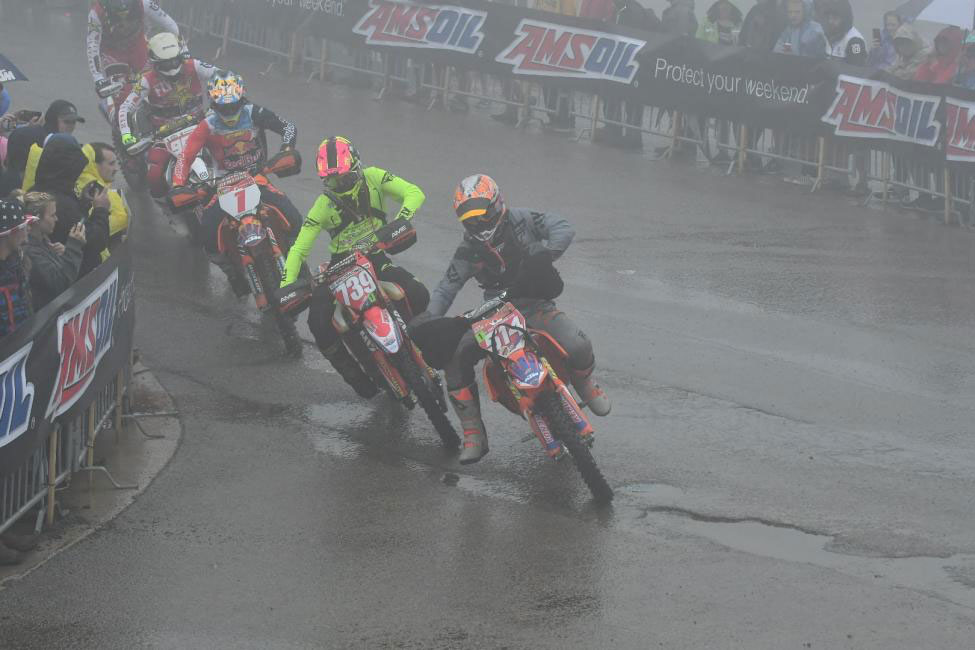 Steward Baylor Jr. (#514) and Trevor Bollinger (#739) got a good jump off the starting line. - Ken Hill
Russell and Rockstar Energy/Factory Husqvarna Racing's Thad Duvall were running at the front of the pack and were able to gain momentum in the treacherous conditions. Duvall and K. Russell would push themselves throughout the entire race, unfortunately Duvall would suffer a wrist injury on lap seven ultimately making it unable for him to finish the race.

When the checkered flag flew it was K. Russell taking the win, his seventh of the season. Tely Energy Racing/KTM's Grant Baylor had a mid-pack start, but continued to push forward during the race, earning him the second spot on the podium. Rounding out the overall podium at this year's AMSOIL Snowshoe GNCC was Bollinger. After a strong start, Bollinger put his head down and pushed forward battling at the front for his third overall spot. 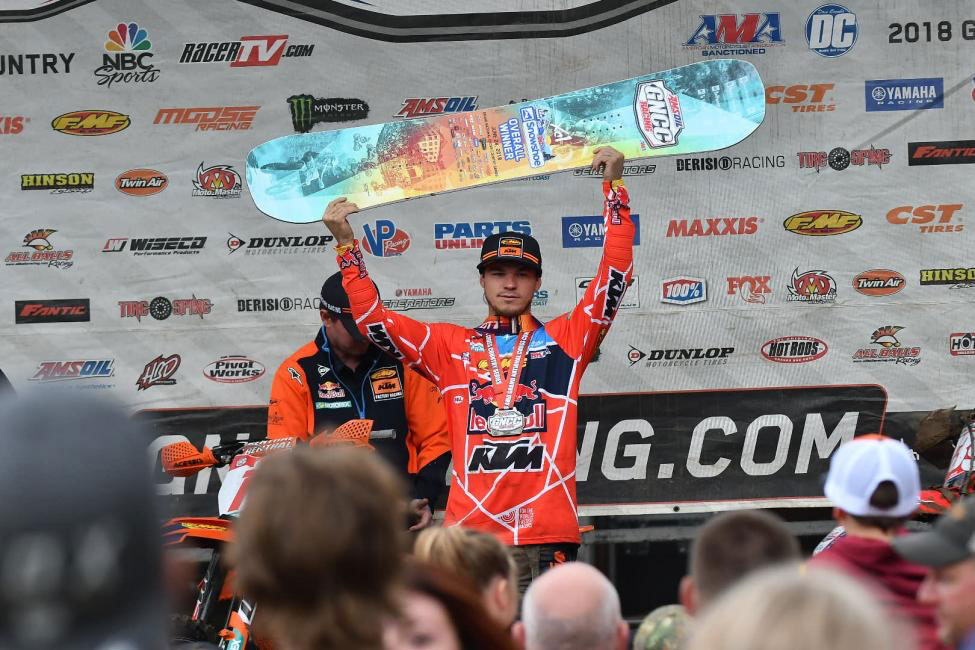 Kailub Russell earned the coveted AMSOIL Snowshoe GNCC win. - Ken Hill
After leading the race for the first two laps, R. Russell would manage to hold onto a top five finish with his fourth in XC1 Open Pro. S. Baylor Jr. rounded out the top five after riding with an injured knee. KR4/Husqvarna's Cory Buttrick had his best finish of the season with a sixth in XC1. Buttrick's teammate Layne Michael also put in a great ride finishing seventh.

Rockstar Energy/Factory Husqvarna Racing's Josh Strang was present at the race after welcoming his new baby boy, Maverick on Saturday morning. Strang would come through on lap one close to the back of the pack but would push forward during the three-hour race and finish in the eighth place position. Solid Performance/KTM/Fly Racing's Jesse Groemm came away with the ninth place finish in XC1. 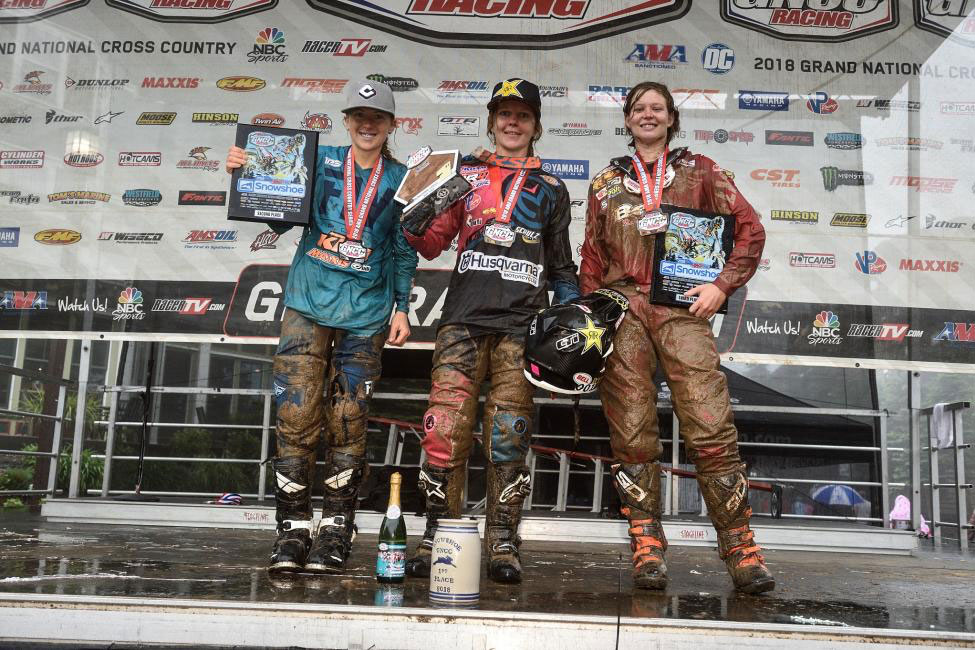