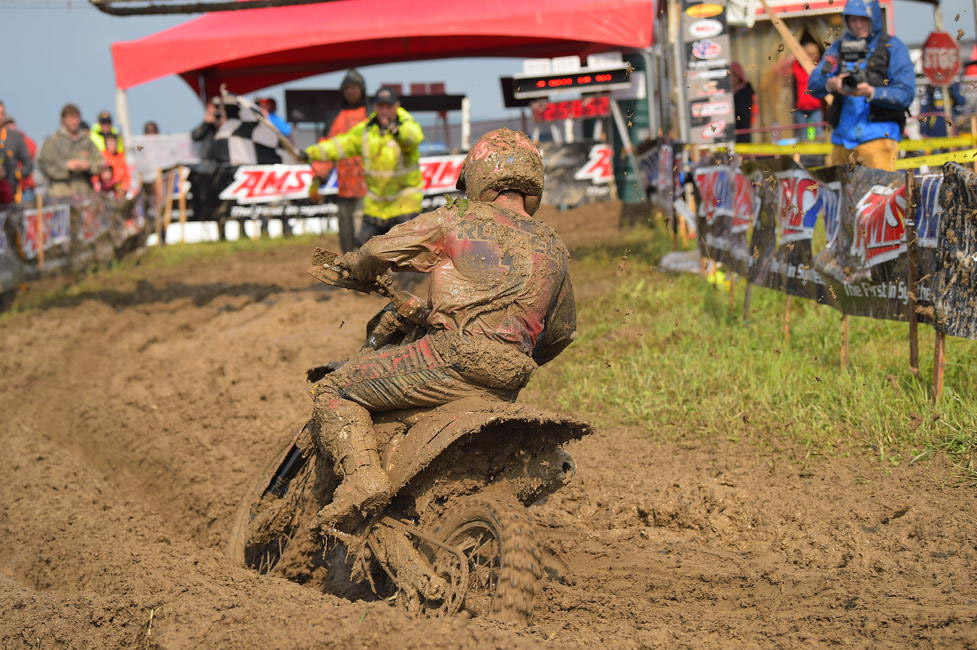 Kailub Russell captured his fourth win of the season after a hard-fought battle in New York. Photo Ken Hill
Round seven of the 2019 AMSOIL Grand National Cross Country (GNCC) Series saw hot and sunny conditions along with cold, rainy and muddy conditions for the Dunlop Tomahawk on Sunday, June 2 in Odessa, New York.

Kailub Russell came out on top earning his fourth overall win of the season.

However, that win did not come easy for Russell as he swapped the lead position several times with fellow XC1 Pro competitor, Thad Duvall. As the duo continued to make their way through the treacherous course, Duvall would find himself in the lead as the two-lap card was out.

After a long pit stop, Russell was back in the lead when the white flag came out indicating one more lap to go. Duvall came through 31 seconds behind Russell, but you could tell Duvall was on a mission to battle for the overall win. As the anticipation grew, everyone's eyes were on the road crossing after the pro pit section. Russell crossed back over the road first, but Duvall was gaining on him. With only two-miles separating them, Russell made his way through a small section of the woods and out to the finish line 16 seconds ahead of Duvall to earn his 58th career overall bike win. 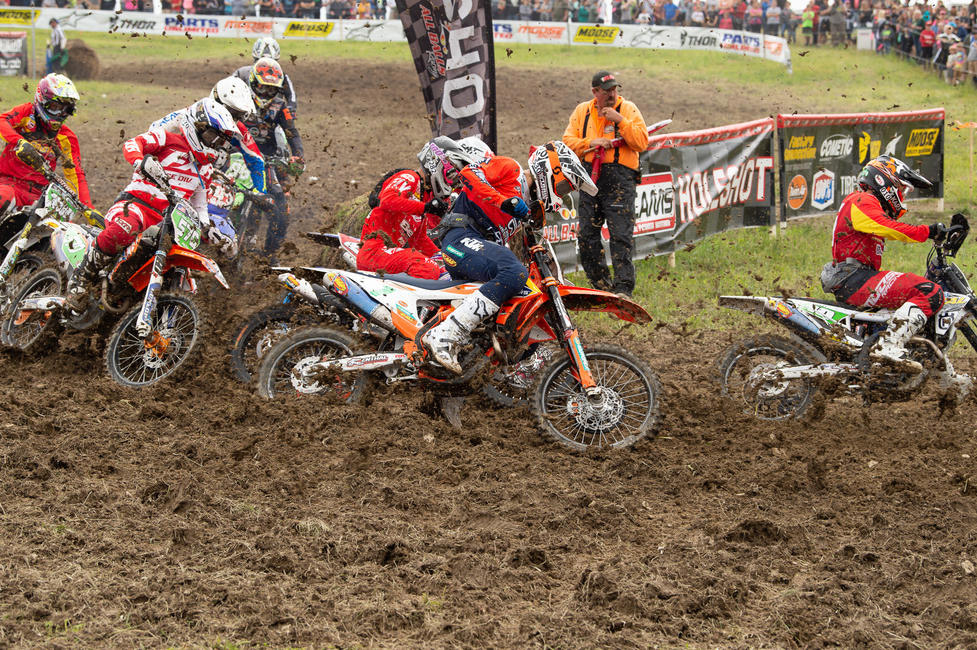 Ben Kelley earned third overall, and his seventh-straight XC2 250 Pro class win. Photo Ken Hill
Another rider out there having one of his best races of the season was Ben Kelley. The XC2 defending champion, and current points leader in the class, found himself leading the overall on adjusted time as they came around on the opening lap. However, as the rain fell and track conditions worsened Kelley's times fell a bit. That didn't stop Kelley from pushing though, he managed to work his way up to third overall physically and take a commanding lead over his fellow XC2 250 Pro competitors. Kelley went on to earn his seventh-straight XC2 class win, and his first overall podium appearance of the year.

Steward Baylor Jr. worked his way through the pack to third in the XC1 Open Pro class after a dead last start. Baylor had his work cut out for him as he made his way around on the opening lap in 12th place. By the time the race hit the halfway point, Baylor was up to ninth and was still charging forward. As the white flag flew, Baylor was up to fourth and had set his sights on third. When he came to the checkered he had captured third in the XC1 Open Pro class. 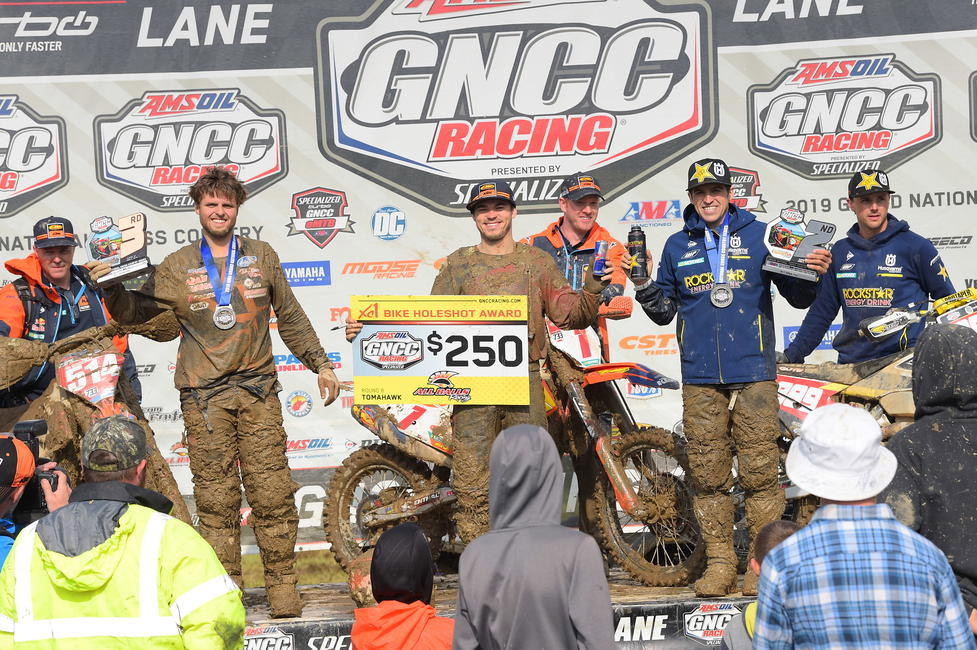 XC1 Open Pro: Kailub Russell (center), Thad Duvall (right) and Steward Baylor Jr. (left). Photo Ken Hill
Running at the front of the pack early on in the race was Trevor Bollinger. When the first couple riders came through timing and scoring, Bollinger was right with Russell and Duvall. Bollinger was even able to make it up to second at one point in the race, but would unfortunately fall back to fourth by the time the checkered flag flew.

AmPro Yamaha/Moose Racing/Parts Unlimited's Ricky Russell came through fifth in the XC1 class and sixth overall. Russell has been steadily working his way back and is looking more and more like himself each race. Russell was running fourth at one point in the race, but a lapper in front of him who got stuck cost him some time.

Earning best finish of the season was Cory Buttrick with a sixth in XC1 and eighth overall. Buttrick was a fill-in rider for Russell at the beginning of the year, but is now back to his Husqvarna. Buttrick has been improving each round and is aiming to break into that top five soon. 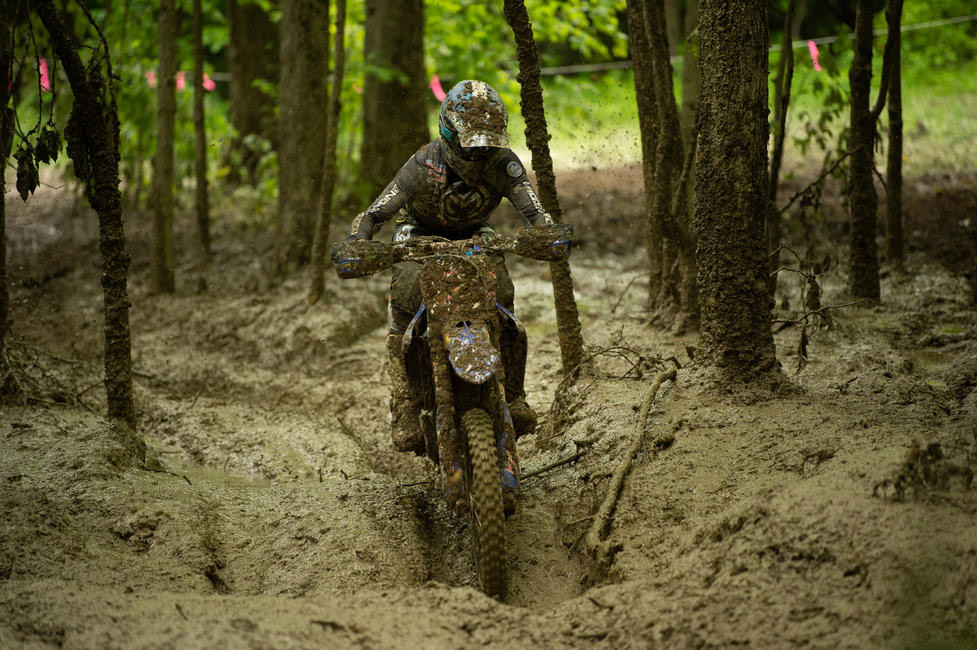 Ricky Russell earned fifth in the XC1 class and sixth overall at the Tomahawk GNCC. Photo Ken Hill
Coming through seventh in his class was Josh Toth. Toth has had a rollercoaster kind of season so far. After some fifth place finishes and then a 12th at the Camp Coker Bullet due to a crash, Toth earned his first podium at X-Factor and has now looked at a sixth and seventh place finish at the previous two rounds.

Phoenix Honda Racing's Andrew Delong earned another top 10 in the XC1 class with an eighth place finish. Delong has been having a great season thus far in the year, and is currently ranked seventh in the points standings.

The Babbitt's Online/Monster Energy/Kawasaki duo of Josh Strang and Jordan Ashburn did not have the greatest day at the Tomahawk GNCC. Ashburn was only able to complete one lap, where he was sitting fourth, before returning to his pits. Strang unfortunately was running fifth and fell back as far as 10th place before returning to ninth in XC1 where he would remain for the last four laps of the race.

Returning to race in his second GNCC event was Lyndon Snodgrass from Australia. Snodgrass was running eighth before a couple crashes cost him some positions. Snodgrass would end up finishing 10th in the XC1 Open Pro class in New York.

As the 10 a.m. race started the rain had held off and sun had begun to shine, Australian Tayla Jones set her sights son a WXC win in New York. Becca Sheets was right behind her ready to strike if a mistake was made. Unfortunately for Sheets, Jones built up a bit of a gap and took her fifth win of the season. Sheets came through in second and AmPro Yamaha's Rachael Archer would once again land on the WXC podium in third. 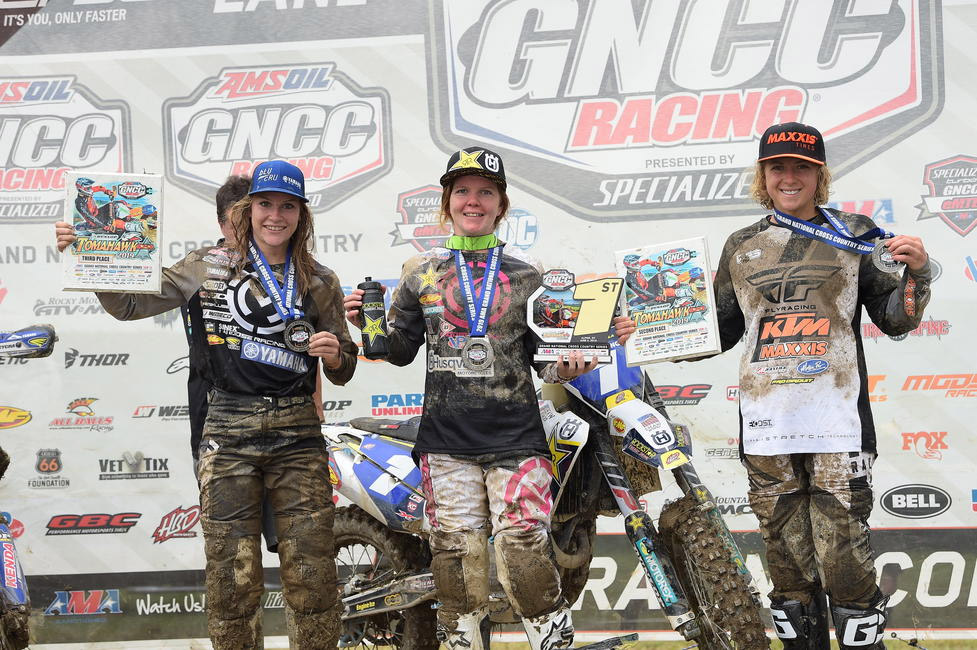