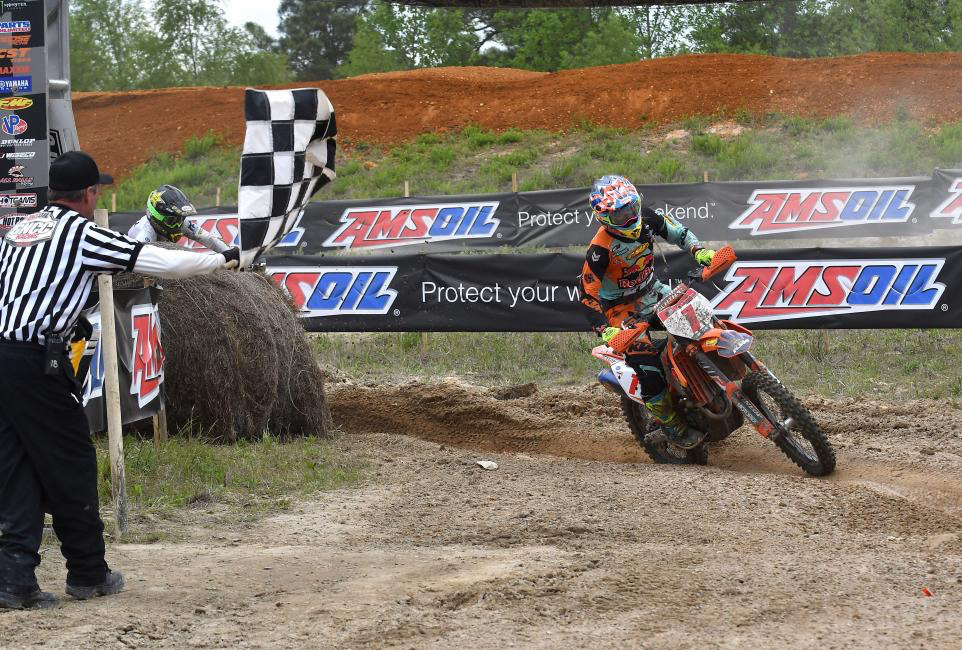 When the checkered flag flew at Moree's Sportsman's Preserve it was FMF/KTM Factory Racing's Kailub Russell taking his fourth win of the season.

Rockstar Energy/Factory Husqvarna Racing's Thad Duvall grabbed the early lead as he earned the $250 All Balls Racing Holeshot Award. K. Russell and AmPro Yamaha's Ricky Russell were hot on his heels heading into the first turn.

Russell passes Duvall and pushed ahead for a six second gap as they came through timing and scoring on lap one. K. Russell and Duvall continued to break away from the rest of the XC1 Open Pro field just as R. Russell and Beta USA's Jordan Ashburn were fighting forward.

On lap three, Duvall made the pass for the lead around the three mile marker, but by the time the riders came through the finish K. Russell was back in the lead by a mere seconds. R. Russell continued to hold the number three spot followed by the hard-charging JCR Honda rider, Trevor Bollinger.

As the two-lap card came out today, it was K. Russell leading by 2.2 seconds over Duvall. Tely Energy Racing/KTM's Steward Baylor Jr. had to make an early pit on lap three, but had worked his way back up to a top five finishing position.

When the checkered flag flew, it was K. Russell just .620 seconds ahead of Duvall. After three-hours of wheel-to-wheel racing the two shared a pat on the back from one another after crossing the finish line. 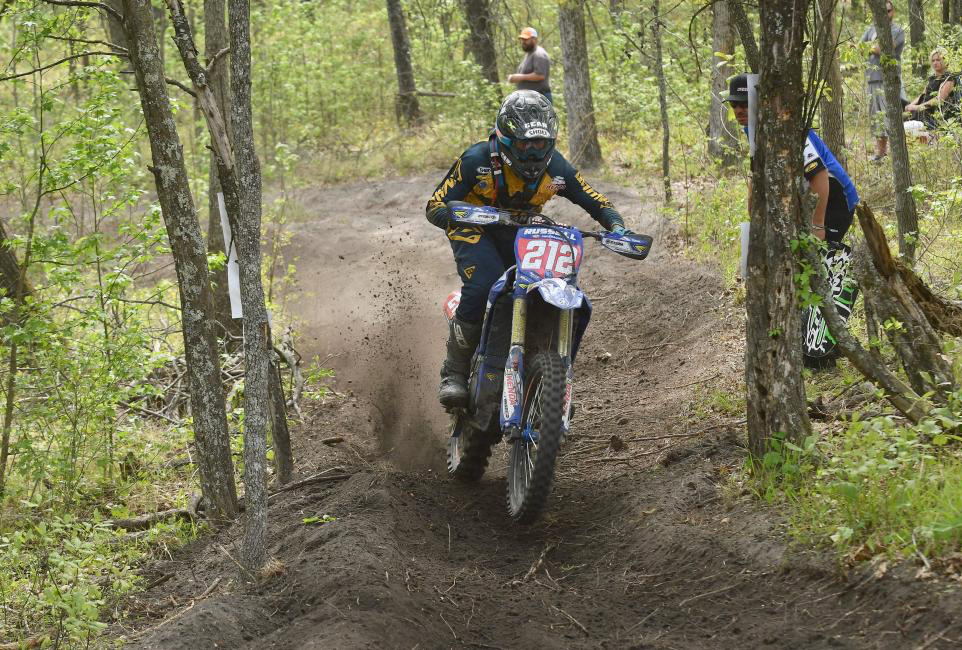 The 2018 AMSOIL Grand National Cross Country Series will continue on May 12 and 13 with the second annual X-Factor GNCC in Peru, Indiana. 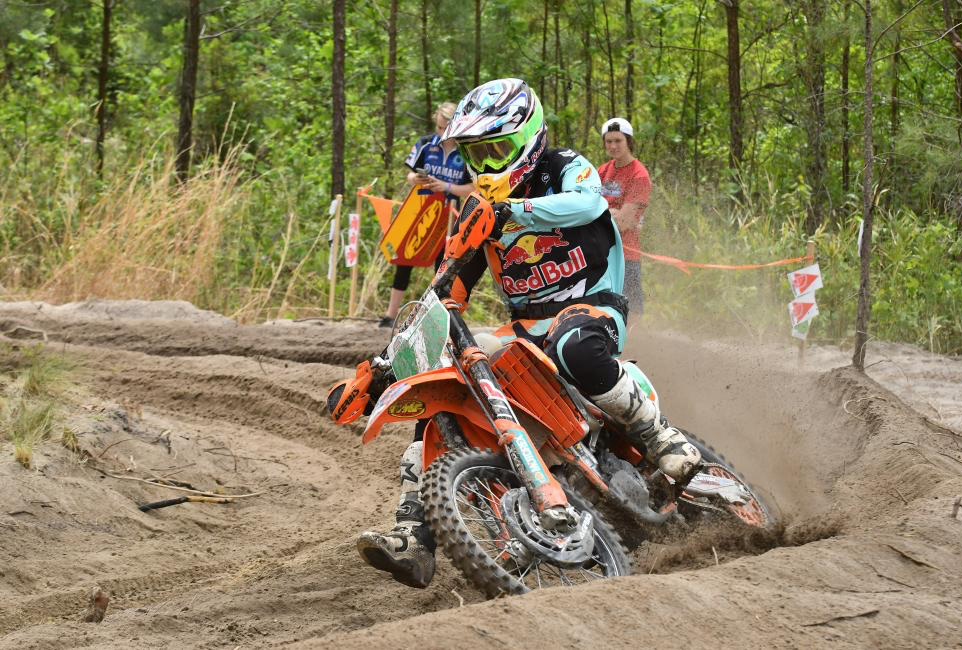