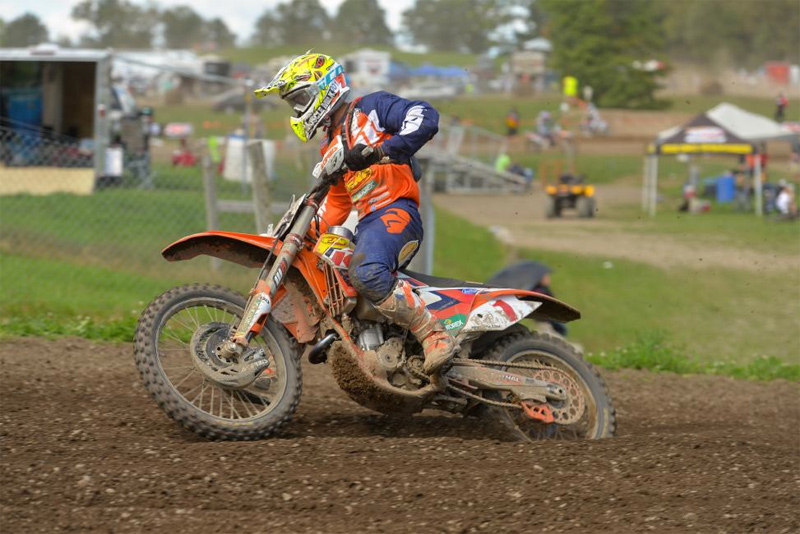 This Sunday, the 2014 AMSOIL Grand National Cross Country Series presented by Maxxis, an AMA National Championship, makes its return to the Mountain Ridge Trail Riding Park for the first time since 2011 for the Car-Mate Mountain Ridge GNCC.

While the return to Somerset, Pennsylvania's rocky terrain has been highly anticipated this season, all eyes are on Factory FMF KTM's Kailub Russell as he looks to clinch his second career GNCC National Championship at round 11.

Russell heads into the weekend with a four-race winning streak behind him, where he sits with seven total wins for the season. But perhaps even more impressive is the fact that Russell is also gunning for his 21st career victory, where the 24-year-old could potentially tie two-time GNCC Champion Scott Plessinger for 5th place on the All-Time Bike Overall Wins List.

With two additional rounds remaining in 2014, Russell has the chance to solely break into the top five before the season is over.

Rocky Mountain ATV*MC/N-Fab AmPro Yamaha's Josh Strang has made his way into the second place position in the championship standings, surpassing an injured FMF/KTM's Charlie Mullins, who won the last Mountain Ridge GNCC in 2011.

While Strang is out of the championship hunt this season, the 2010 GNCC Champion is progressively working his way toward a race-win this season. Strang sits with seven-podium finishes behind him but the Australian native has yet to finish better than third in a race thus far. 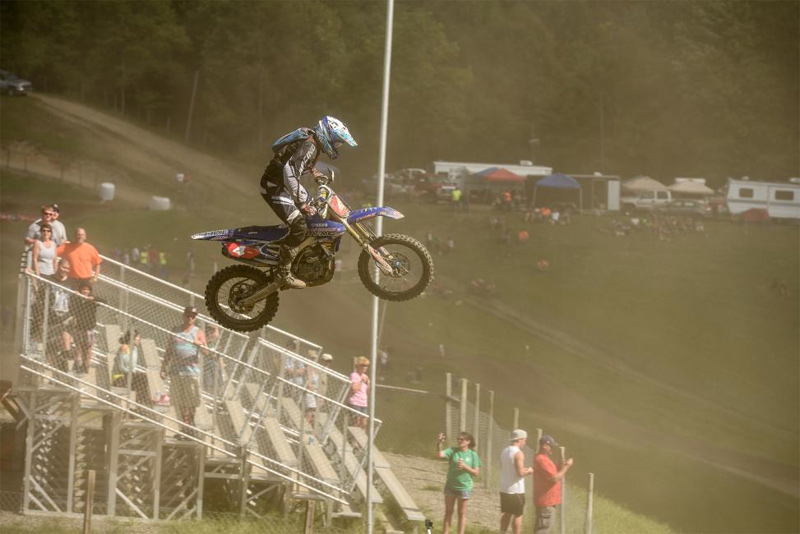 With seven third-place podium finishes this season, Aussie, Josh Strang looks to make a run for a race-in in the last three rounds this season - Credit: Ken Hill
N-Fab AmPro Yamaha's Jordan Ashburn sits in fourth in the championship standings with two podium finishes this season. Ashburn has been one of the most consistent riders inside the top 10, but the Tennessee native struggled at the last round after coming back from a big crash at the beginning of the race.

KTM Support rider Grant Baylor, who currently leads the XC2 Pro Lites championship standings, has been successful in challenging the overall leaders with two second place overall finishes thus far. Baylor sits only 14 points behind Ashburn in fifth overall, where he looks to continue improving his rank in the remaining rounds.

N-Fab AmPro Yamaha's Paul Whibley currently sits sixth overall in the championship standings with just one podium finish this season. The two-time GNCC National Champion finished a strong second at the 2011 Mountain Ridge GNCC, where he looks to continue his success in the rocks this weekend.

Raines Riding University/Atlas Cycles' Ricky Russell sits in second place in the XC2 Pro Lites Championship but after a hard fought battle for the title, Russell will miss the remainder of the season due to injury. The Washington native announced this week that he had surgery on his wrist and is looking forward to recovering for the 2015 season.

XC2 Pro Lites rookie Trevor Bollinger currently sits third in the class standings, with one victory behind him. RideMPS.com/AMSOIL Honda's Layne Michael sits in the fourth place spot after missing the last round due to injury, and Maxxis/KLIM/DirtWise KTM Race Team's Jesse Groemm rounds out the top five.

With an almost-perfect season thus far, Factory FMF/KTM's Kacy Martinez wrapped up the WXC Championship four rounds early at Snowshoe. Martinez will look to continue her dominance in the final three rounds, where she tops Ohio's Mandi Mastin, who sits one point ahead of N-Fab AmPro Yamaha's Becca Sheets in the championship standings.

Tune into RacerTV.com on Sunday at 1 p.m. EST to catch LIVE coverage of the Pro Bike race at round 11. For more information on GNCC Live coverage, visit www.racertv.com.

Top Image: Kailub Russell is well on his way to breaking into the top five on the All-Time Bike Overall Wins List.