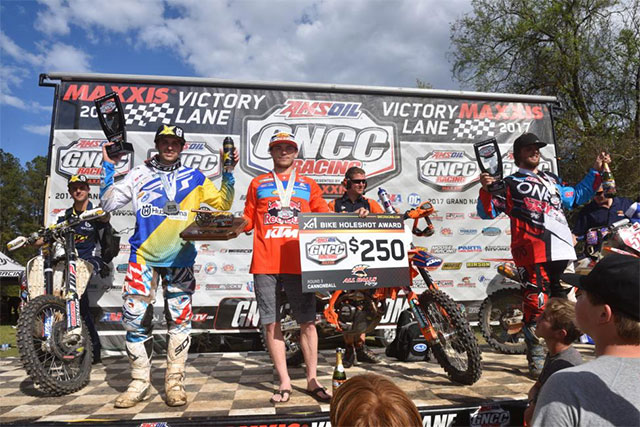 The forecasted rain held off for the Round 3 of the AMSOIL Grand National Cross Country (GNCC) series presented by Maxxis, an AMA National Championship, creating a rough and tiresome racetrack by the time the world's fastest off-road racers lined up.

After taking the win just two weeks ago, Russell kept the momentum rolling where he claimed the $250 All Balls Racing Holeshot Award once the race was underway. Coastal Racing/Husqvarna's Ryan Sipes didn't let his injury from last race affect him where he ran right behind Russell off the start.

Rockstar Energy/Factory Husqvarna Racing's Thad Duvall was able to make the pass on Sipes before the first eight miles of the six-lap race was complete. Russell, Duvall and Sipes held a huge gap on the rest of the pack, including Beta USA's Jordan Ashburn who was in fourth. The top three may have had a large gap on the rest of the field, but Russell, Duvall and Sipes were wheel-to-wheel as they emerged out of the woods at the nine-mile marker. 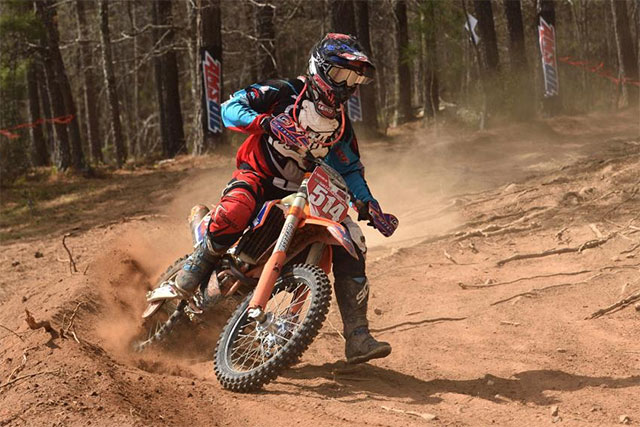 After struggling to get his bike fired on the start, Steward Baylor worked his way through the pack to earn his third overall podium of the season. Credit: Ken Hill
SRT/KTM's Steward Baylor, who held second place in points championship, was nowhere to be seen on the first lap. After struggling to get his bike fired up on the start, his competitors had a thirty second lead over him.

Sipes made quick work in the main field section to pass Duvall and take back second overall. Duvall continued to hang with Sipes, and made the pass again just before they checked through timing and scoring for the first time.

As the second lap wore on, Ashburn continued pushing himself in an attempt to catch the podium contenders, where he shaved off ten seconds. Meanwhile, Baylor worked his way into the top five.

Like the previous round, different pit strategies came into play for Russell and Duvall. As the second lap was coming to a close, Russell headed in for a splash of gas allowing Duvall to inch closer. 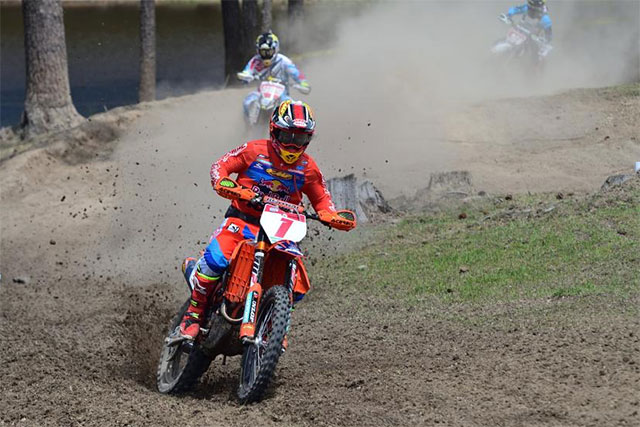 Kailub Russell had his hands full with Thad Duvall, but in the end Russell took home his 42nd career overall win.
Halfway through the race Sipes would find himself dealing with wrist pain from his accident in Florida. Sipes decided to end his race early in hopes of letting his hand have a couple more weeks to heal before the Steele Creek GNCC. Baylor used Sipes' misfortune to his benefit where he took over the third-place position on the third lap. Ashburn continued to keep Baylor honest throughout the remainder of the lap.

With only one lap remaining, Duvall would take the lead for a few miles until making a costly mistake. "I threw away the win. I had a comfortable lead on Russell coming into the white flag. I crashed so hard I'm not even sure what happened," said Duvall.

Russell took command of the lead again, but Duvall recovered to still maintain second. Without a front fender or number plate Duvall faced a whole new obstacle the last lap. Russell continued to push through the demanding course to take the win, with his competition, Duvall, recovering to still finish second overall.

"I had bad stomach cramps in South Carolina, and I got them again today," said Russell. "I don't know if it's what I'm taking in my drink bottles during the race or what. I felt okay other than my stomach cramping. I had a crash and Duvall got away, so I felt like I had just blown it right there. I caught up to Duvall and saw he was picking himself up, too. I suffered the entire last lap and I'm not really happy with today. We need to go back to the drawing board and make some changes." 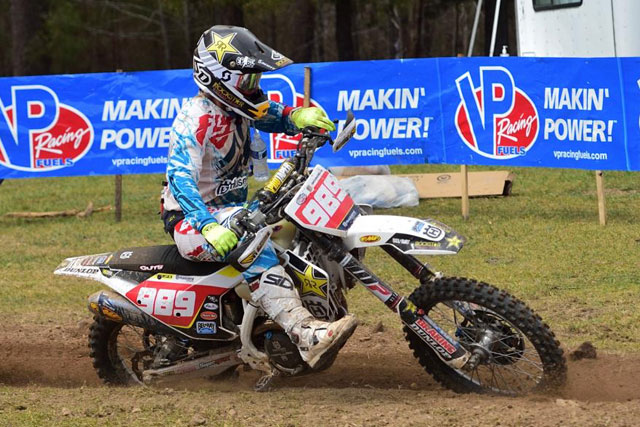 A small mistake cost Thad Duvall the win, but the runner-up pushed through the last lap without a front fender or number plate.
Even though he didn't have sight of the leaders, Baylor continued to ride his own race and challenge himself where he would cross the checkered flag third after his impressive come-from-behind ride.

Ashburn finished just off the podium in fourth, which would score him his best finish of the year. JCR Honda's Trevor Bollinger rebounded from his last race, with fifth overall. After suffering from some lingering injuries, Rockstar Energy/Factory Husqvarna Racing's Josh Strang rode a consistent race for seventh overall. 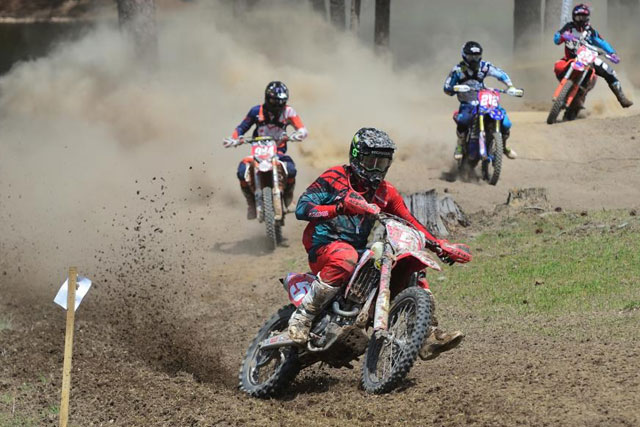 Plenty of racing action happened behind the top three riders at the Maxxis Cannonball GNCC.
Coastal Racing's Jack Edmondson had an exceptional race where he stood in the middle of the box once again in the FMF XC3 125 Pro-Am class. Edmondson's charge throughout the race earned him tenth overall ahead of many of the XC1 and XC2 competitors. Jason Thomas and N-Fab/AmPro Yamaha's Paul Whibley rounded out the class podium. 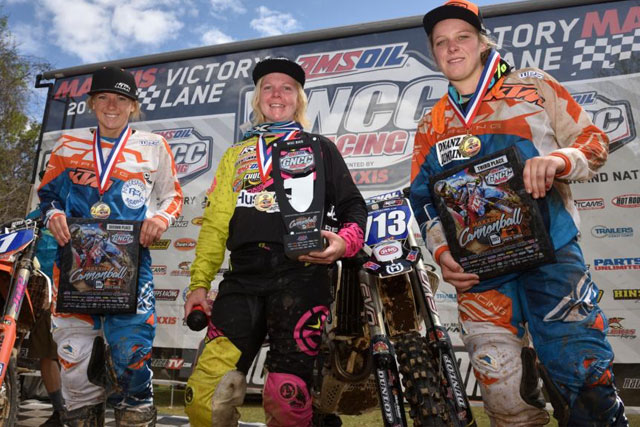