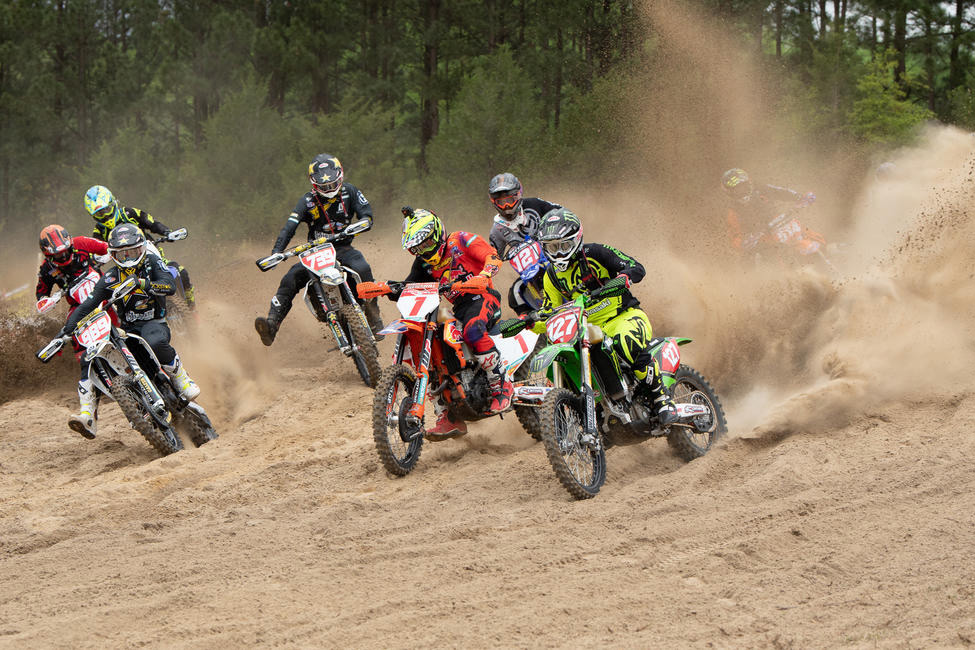 As the XC1 Open Pro class took it it was a race to the holeshot line. Photo: Ken Hill
Kailub Russell has won round four of the 2019 AMSOIL Grand National Cross Country (GNCC) at Moree's Sportsman's Preserve, South Carolina, on Sunday, April 14.

As the green flag waved, signaling the start of the 1 p.m. pro race, the rain made a brief return as the riders navigated through the woods and rain during the opening lap.

Getting a great jump off the line was Jordan Ashburn, as he made his way to the second turn first earning himself the $250 All Balls Racing holeshot award. However, it would not take long for Kailub Russell to make the pass for the lead. Russell was able to put his head down and push, putting a gap on the field during the first half of the race.

As Russell maintained the lead, he soon found himself being joined by Thad Duvall. After a mid-pack start, Duvall found himself coming through timing and scoring on lap one in the sixth place position. But just as the rain stopped, Duvall began to charge through the pack working his way up to third and then second by lap three.

Russell and Duvall swapped the lead position multiple times throughout the second half of the race, and a mistake on the final lap by Russell allowed Duvall to close the distance between the two. As the duo battled through the pro pits making their way to the finish line, it was Russell taking his second overall win of the season by only one-second over Duvall. 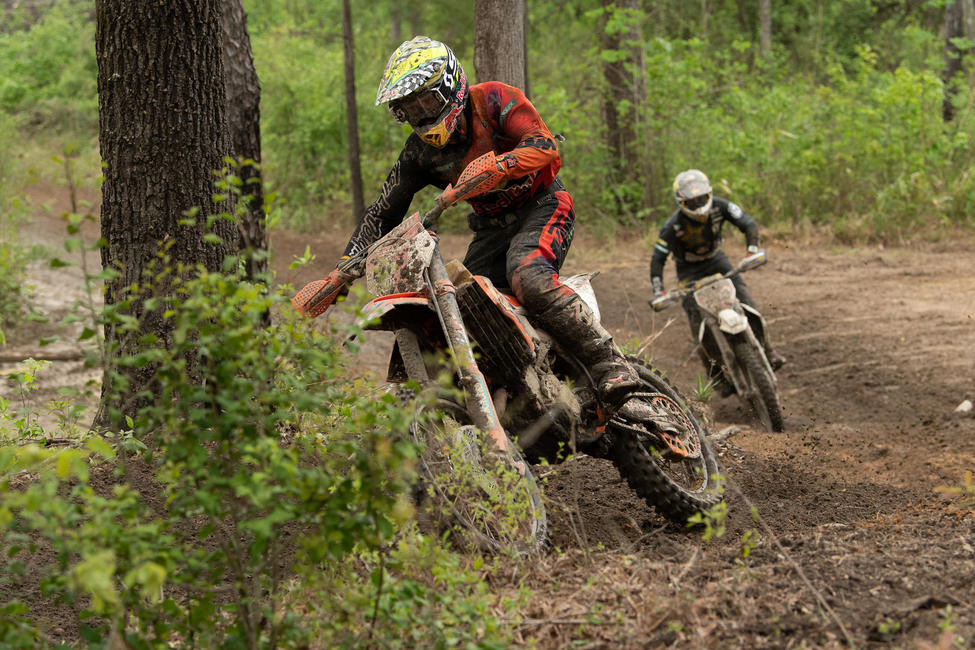 Kailub Russell and Thad Duvall had an intense battle throughout the last half of the race on Sunday. Photo: Ken Hill
Steward Baylor Jr. also started the race buried in the pack of XC1 Open Pro riders. Still, Baylor Jr. would continue to charge through, making his way up to second by lap two, and after a brief battle with Duvall found himself in third overall. Baylor Jr. remained in third overall, rounding out the overall podium in his home state of South Carolina.

During the first lap of the race, Trevor Bollinger found himself at the front of the pack running in third. But with his teammate Duvall and Baylor Jr. on a mission, Bollinger was already back to the fourth place position on lap two. Bollinger put in a consistent ride all day, ultimately finishing fourth overall.

Australian Josh Strang had a great start to the day coming through second overall on the opening lap. The rainfall stopped, and the pro riders mounted their charges for the front of the pack. Strang managed to hold onto a fifth overall on the day. 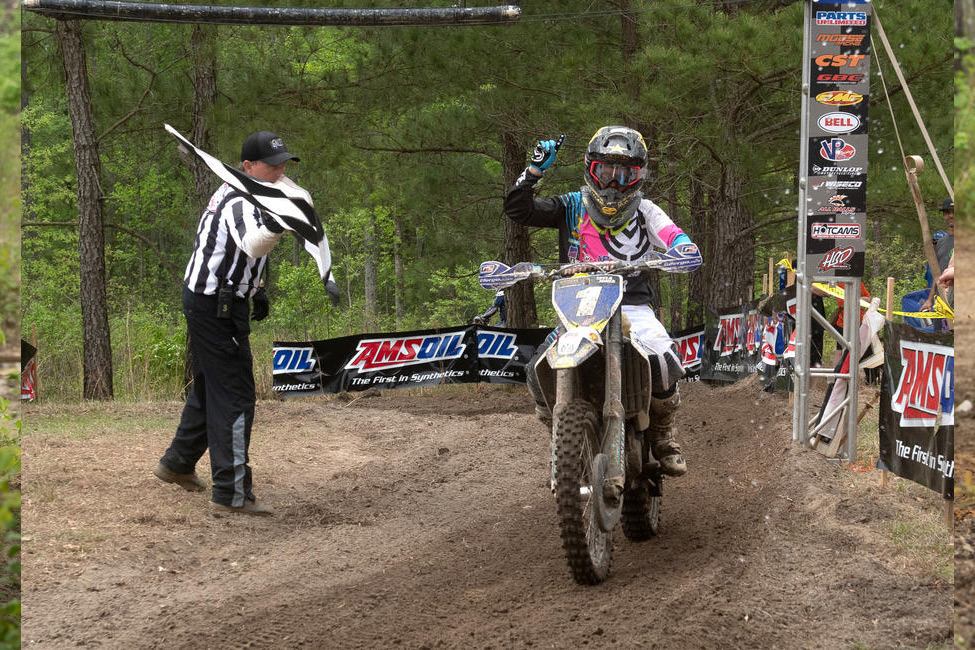