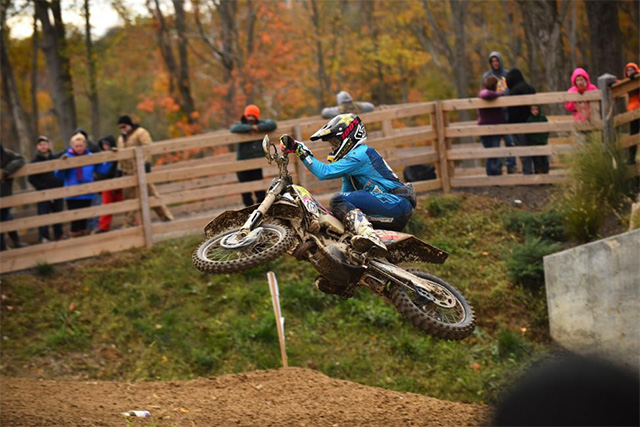 It was a bittersweet day as the 2017 AMSOIL Grand National Cross Country (GNCC) Series presented by Maxxis, an AMA National Championship, came to a close for the season in Crawfordsville, Indiana.

Ironman Raceway hosted over 2,398 riders in the course of the two-day Ironman GNCC event, but at the conclusion of today's 1 p.m. pro bike race it was FMF/KTM Factory Racing's Kailub Russell who stood atop of the podium and earned his 47th career overall win, making him the all-time winningest bike GNCC rider. 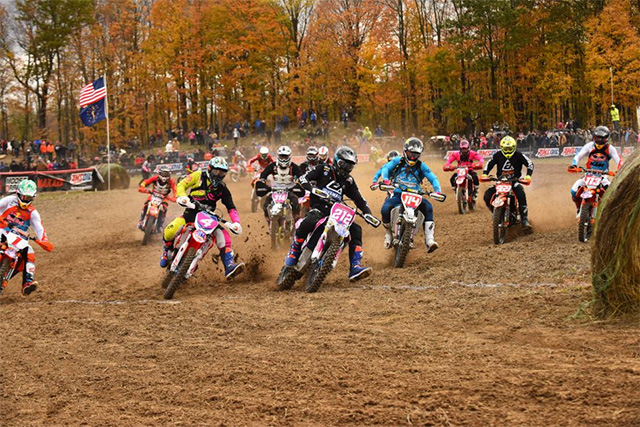 Ricky Russell jumped out to the early lead and snagged the $250 All Balls Racing Holeshot Award. Credit: Ken Hill
It was N-Fab/AmPro Yamaha's Ricky Russell who snagged the $250 All Balls Racing Holeshot Award once the race started, but K Russell quickly stole the lead and headed into the woods in first. R Russell wasn't ready to settle for second and took back the lead after K Russell made a small bobble.

After a three-round hiatus due to injury, all eyes were on Rockstar Energy/Factory Husqvarna Racing's Thad Duvall who had worked his way into third. When the Russell duo reached Twin Hills they were wheel-to-wheel and had a small gap on Duvall. 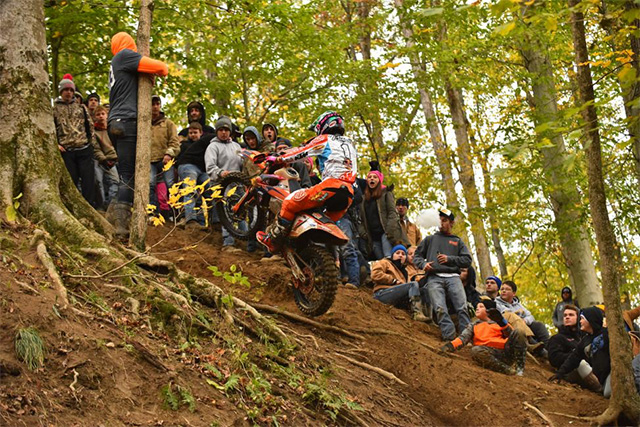 Kailub Russell secured his 47th career victory - breaking the bike all-time wins record. Credit: Ken Hill
R Russell was the first to check into timing and scoring, with K Russell not even a second behind him. K Russell worked his way back to the front again during the mid-way point of the second lap, but R Russell remained in the hunt and kept K Russell honest.

Duvall secured the second place position on the third lap and the top three contenders became a little more distant until the last lap when Duvall turned up the competition level. Unfortunately, he couldn't make the pass on K Russell who ended up claiming the last win of the season. This victory marked K Russell's 47th career win, breaking Scott Summers bike all-time wins record. 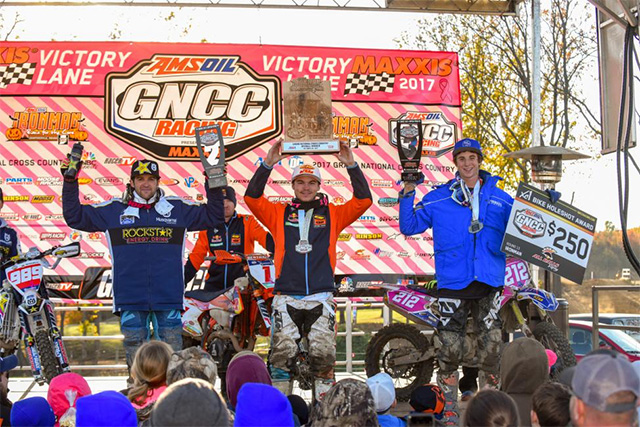 Overall: (2) Thad Duvall, (1) Kailub Russell, (3) Ricky Russell. Credit: Ken Hill
Although he finished as the runner-up, Duvall's comeback ride provided that he will be back in full force next year as he makes his bid for the title. R Russell rounded out the top three overall. Rocky Mountain ATV*MC/KR4/ Husqvarna's Grant Baylor had one of his best rides of the season, where he narrowly missed the podium in fourth, and Josh Strang raced his Rockstar Energy/Factory Husqvarna Racing-backed machine into the top five.

"I've worked super hard up until this point, and I have a lot of people around me," said five-time GNCC champion, Kailub Russell. "It's just the attitude that I bring to the race track that allows me to be so successful and never give up. To take the most wins away from Scott [Summers] is pretty awesome. I grew up watching those guys race so it's pretty surreal."

"I'm a little disappointed in second, because I thought I had the win in me," explained Duvall. "It took me a couple laps to get going, I was pretty timid with my wrist at first. I haven't ridden that pace for a couple months now, but once I got going I just kind of stayed even."
Indiana native and RPM/KTM's Mike Witkowski found himself in a favorable position after the green flag waved on the XC2 250 Pro start to earn the $100 Hot Cams Holeshot Award. JCR Honda's Austin Lee led the first two laps, until Austria's Pascal Rauchenecker made the pass for the lead and continued leading until the checkered flag - marking his first career GNCC win. The 2017 class champion, Josh Toth, placed his N-Fab/AmPro Yamaha in the runner-up position, while Coastal Racing's Craig Delong rounded out the class podium. 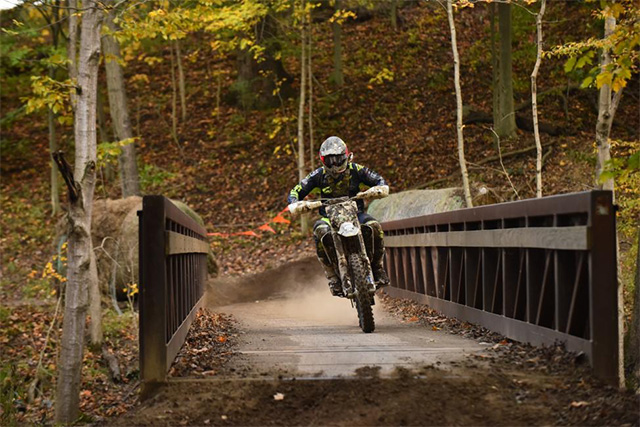 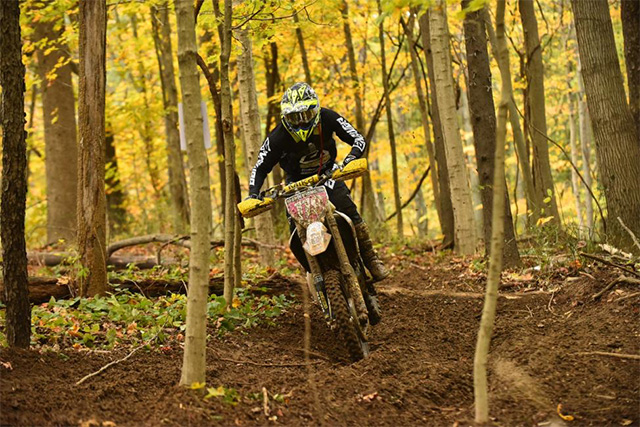 Michael Beeler Jr. ended his youth racing career on a high note where he claimed the overall in the 8 a.m. race. MXTire.com/Cernics Racing/Sidi-backed Ryder Leblond and Max Fernandez rounded out the overall top three. 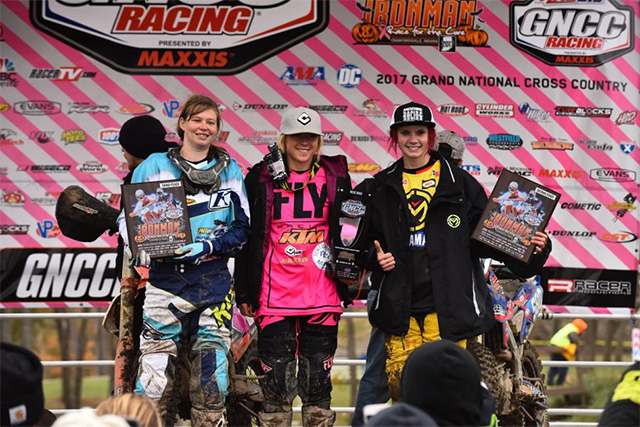