Kailub Russell Back On Top At Dunlop High Point GNCC 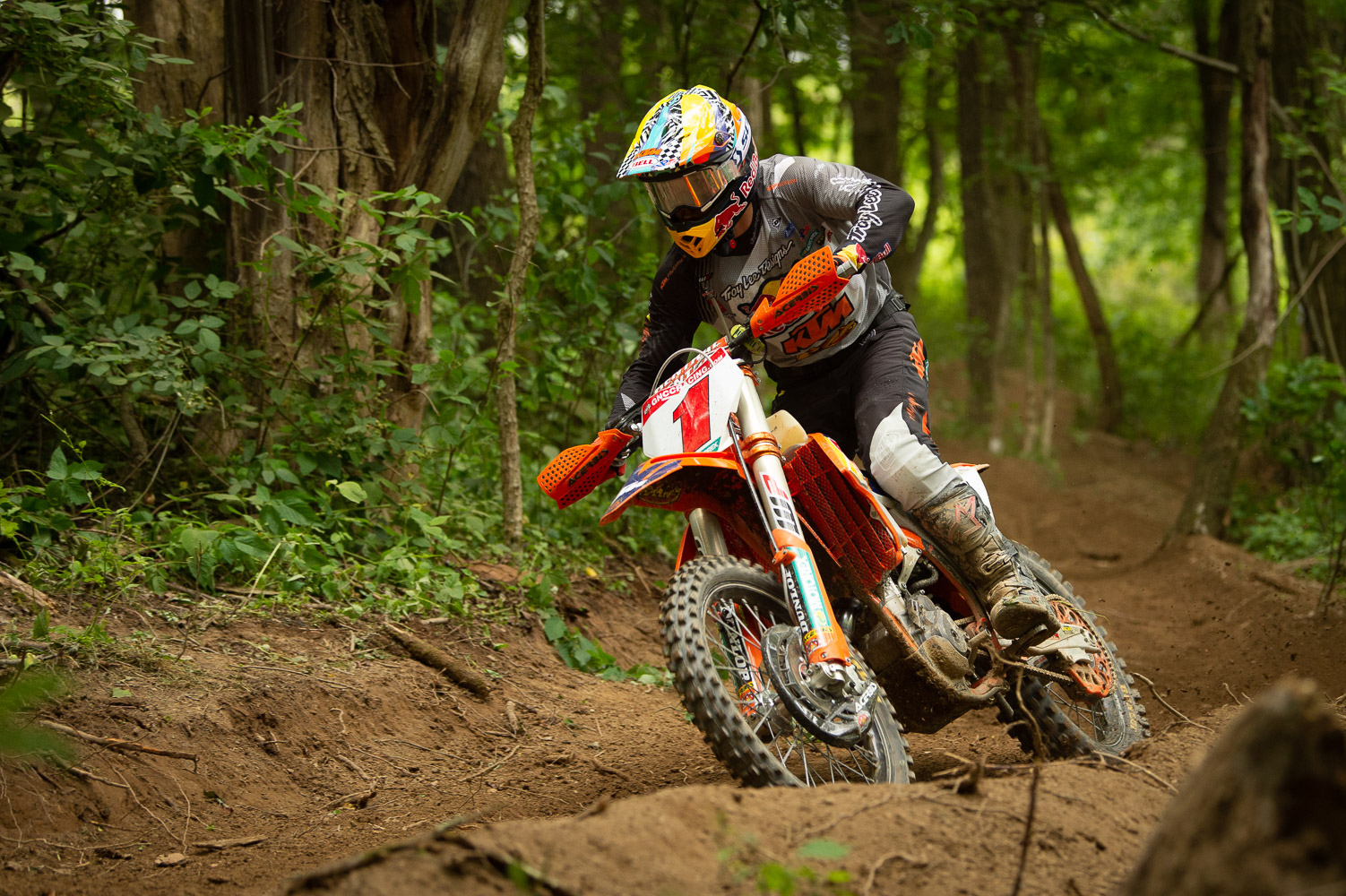 After seven laps and three-hours of racing it was FMF/KTM Factory Racing‰Ûªs Kailub Russell earning the overall win by 11.5 seconds. Russell just missed out on grabbing the XC1 holeshot, but wasted no time moving into lead as riders into the woods.

Russell maintained his lead for the duration of the race, clinching his fifth overall win of the season.

Starting at the back of the pack on lap one, Babbitt‰Ûªs Online/Monster Energy Kawasaki‰Ûªs Josh Strang was on a mission to get to the front and battle for another win. Strang made the necessary passes and moved into second place on the fourth lap; however Strang ran out of time to close the gap between Russell and himself.

After six rounds of racing, Strang sits 28 points behind Russell in the National Championship points standings.

FMF/KTM Factory Racing‰Ûªs Ben Kelley returned to racing after suffering a shoulder injury at the start of the season. Kelley made his way across the finish line in third overall after battling for the full length of the three-hour race. With his shoulder injury in the past, Kelley will be looking to battle at the front of the pack for the rest of the season.

Earning fourth overall at High Point was Babbitt‰Ûªs Online/Monster Energy Kawasaki‰Ûªs Jordan Ashburn. Ashburn has been having a great season, and currently sits third in the points standings. 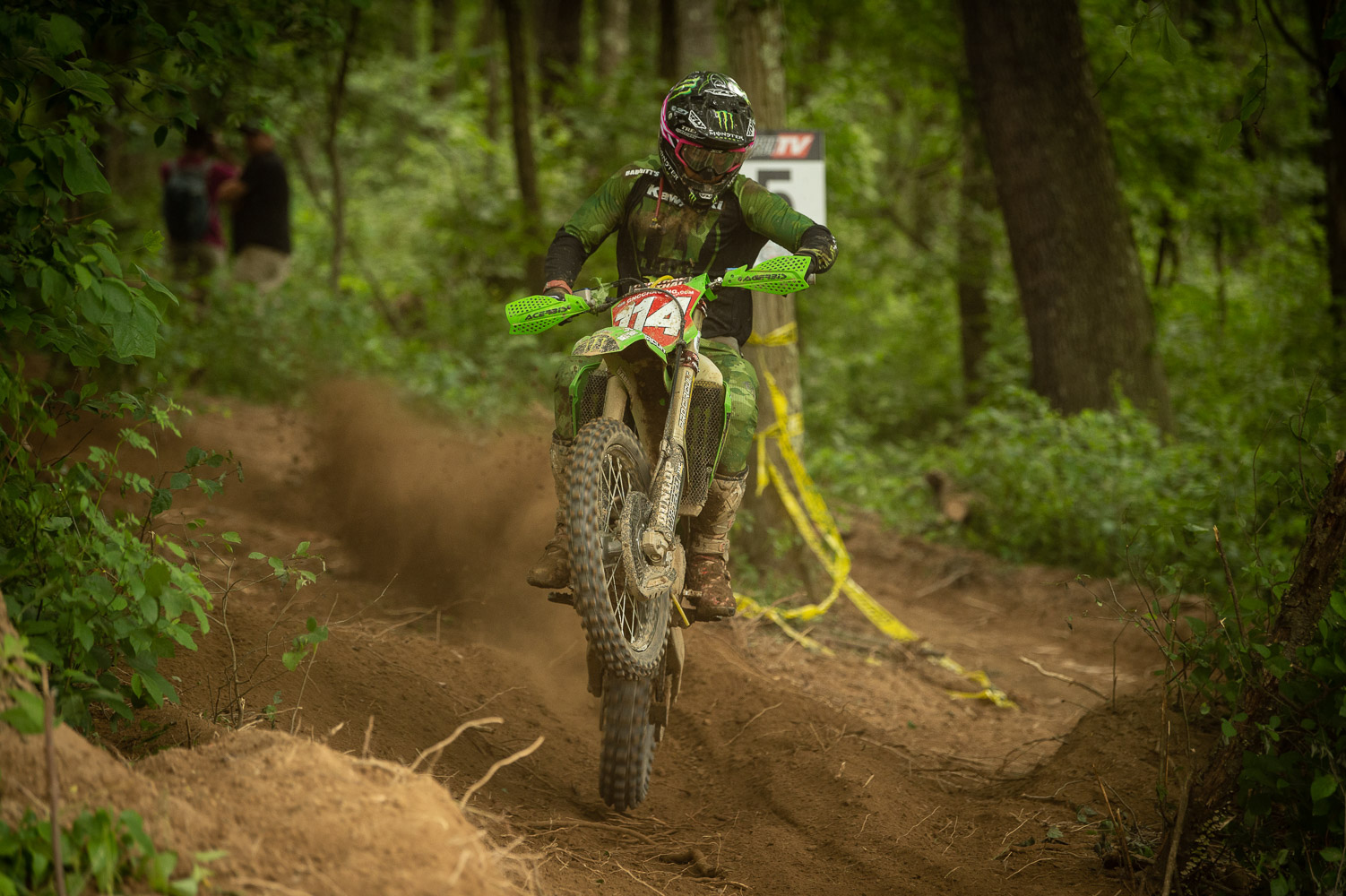 Josh Strang (Babbitt's Online/Monster Energy Kawasaki) battled his way back to second overall. PC: Ken Hill
FMF/KTM Factory Racing‰Ûªs Josh Toth worked his way back through the pack to finish fifth in XC1 after falling back to the eighth place position at one point in the race. Toth has finished in the fifth place position at the past three events after missing the first three rounds of the season due to a leg injury. Toth holds onto eighth in the points standings, but will be aiming to improve that standing as the season continues.

Visiting from the West Coast was RPM KTM‰Ûªs Dante Oliveira. As the checkered flag flew Oliveira came through to finish sixth in the XC1 Open Pro class, and 16th overall on the day. Oliveira battled back from the ninth place position to try and battle for a top five finish at his first GNCC race.

FactoryONE Sherco‰Ûªs Grant Baylor was battling for a top three position for majority of the race, but as the white flag came out his bike was visibly smoking.

After fighting for a top spot, Baylor ended up unable to complete the seventh and final lap of racing, placing him seventh in the XC1 Open Pro class. Rockhill Powersports/Ti Dezigns/UFO Plast‰Ûªs Evan Earl ran in 10th for majority of the day, but come through with six laps complete in the eight place.

Running fifth for majority of the day was Phoenix Honda Racing‰Ûªs Andrew DeLongcontinued to battle towards the front of the pack, but a mechanical issues sideline him with just five laps complete for a ninth place finish in the XC1 class.

AmPro Yamaha‰Ûªs Layne Michael grabbed the $250 All Balls Racing XC1 Holeshot Award to start out the day, and continued to run in second place for the first three laps. However a crash results in a dislocated shoulder. Michael would be unable to return to racing, ultimately putting him in the 10th place position in XC1. 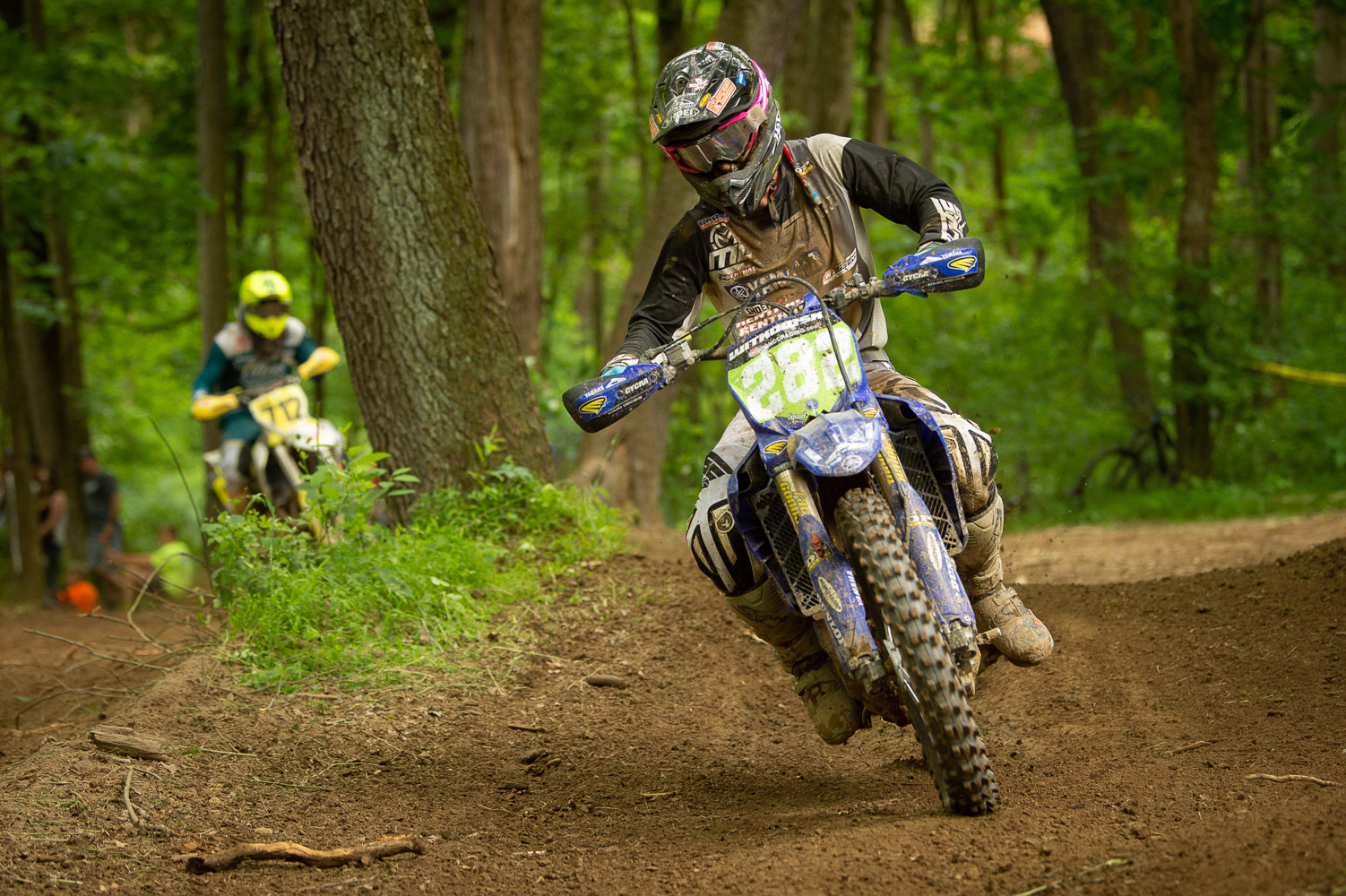 Rockstar Energy/Factory Husqvarna Racing‰Ûªs worked his way through the pack after an eighth place start to the day to evenutally finish in second place.

Earning his best finish of the season with a third in the XC2 class was Tely Energy Racing/KTM‰Ûªs Liam Draper. 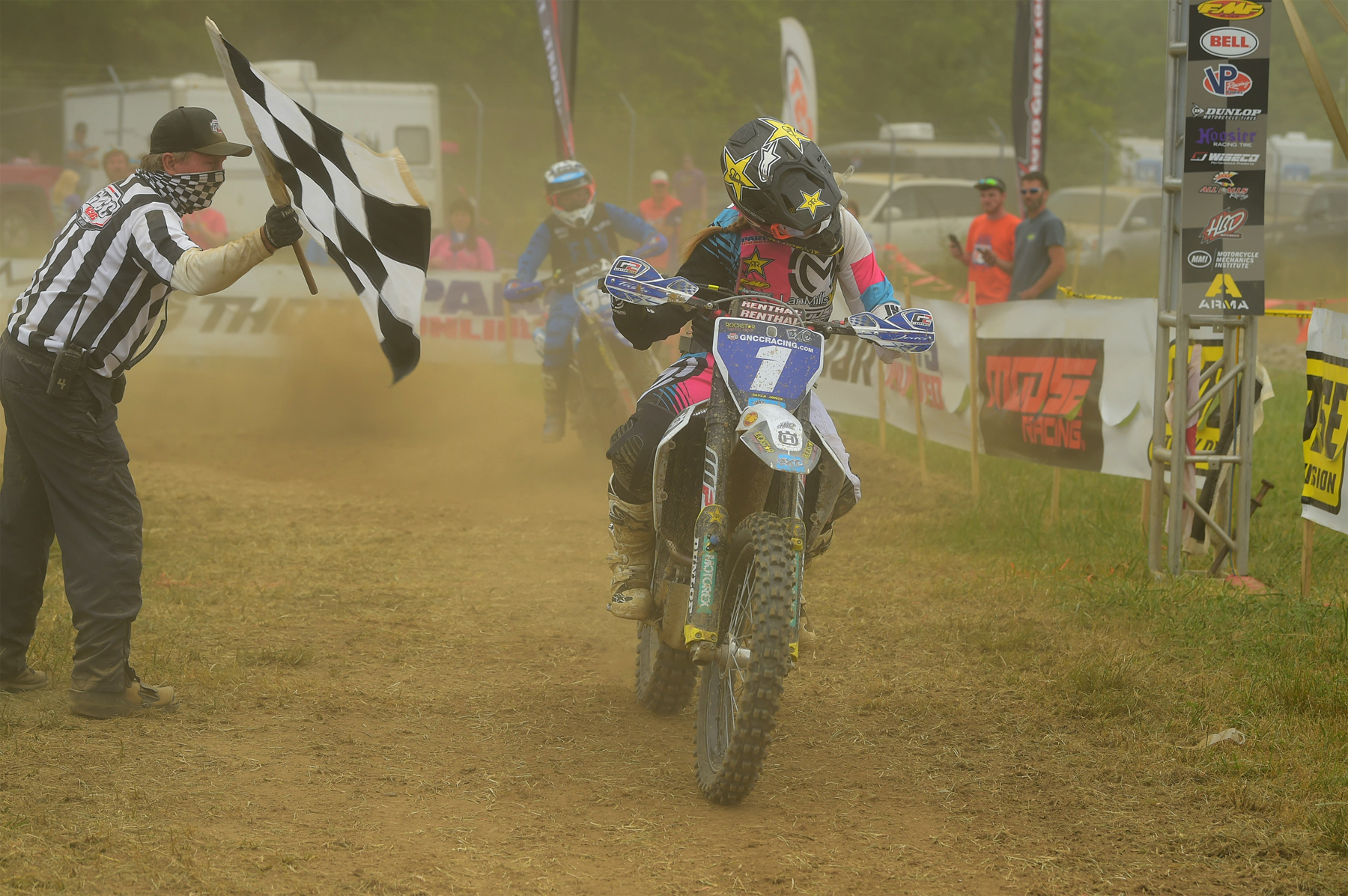 The Australian worked her way up to the lead from a third place start to the day. Jones faced a tough battle to get to the lead as fellow WXC competitor Factory Beta USA‰Ûªs Rachel Gutish held the lead for the majority of the race. Gutish would be the first to run into lapped riders, and on the last lap she would find herself back into fourth to cross the finish line.

BABS Racing Yamaha/Maxxis‰Ûª Becca Sheets and Enduro Engineering/MEPMX/Fly Racing/KTM‰Ûªs Mackenzie Tricker would capitalize as lapped riders got into the mix of the front runners. Sheets would move into second with Trick making her way to third in the WXC class.

Sheets remains in the points lead after earning the first five WXC class wins of the season. 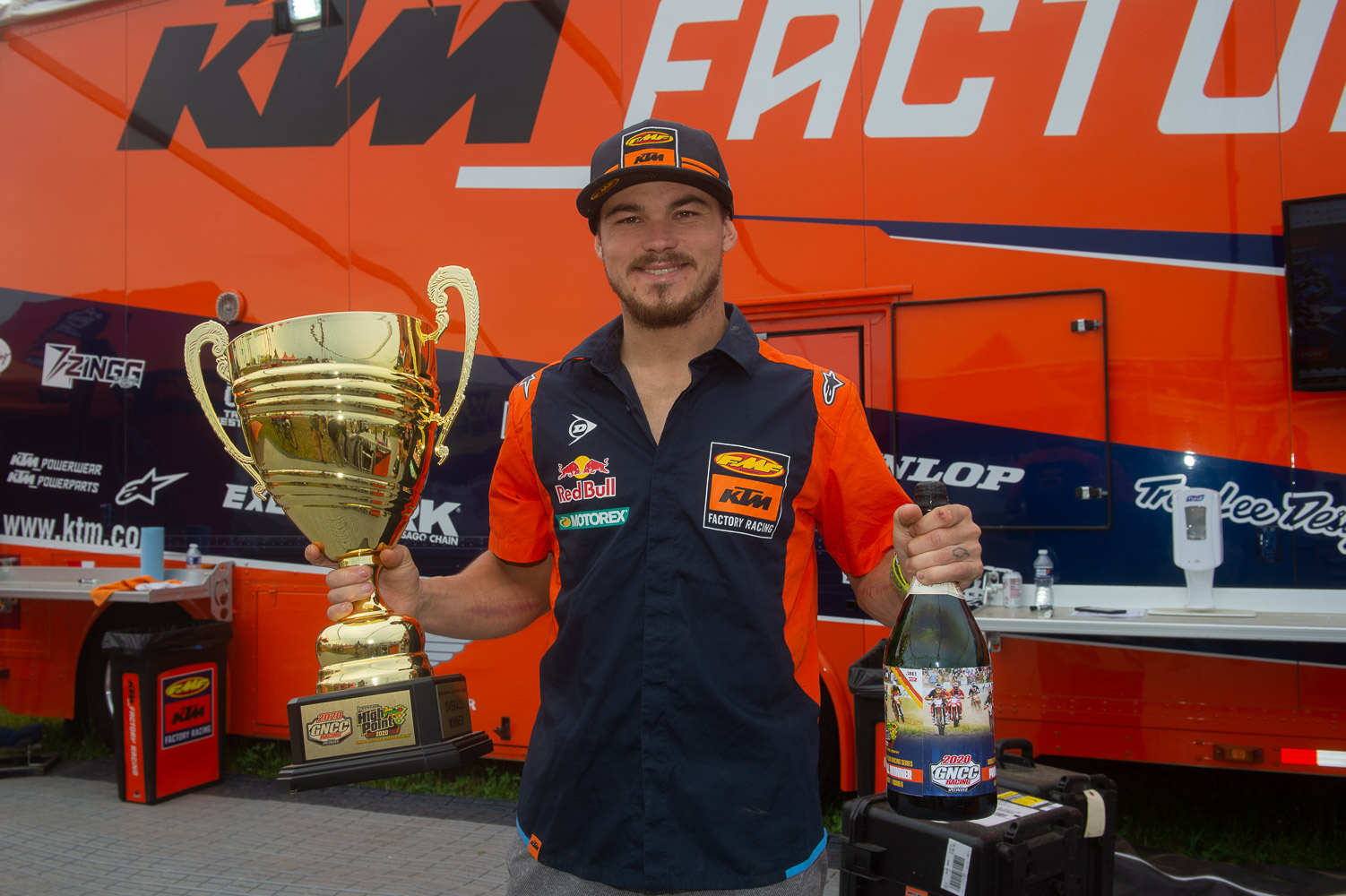