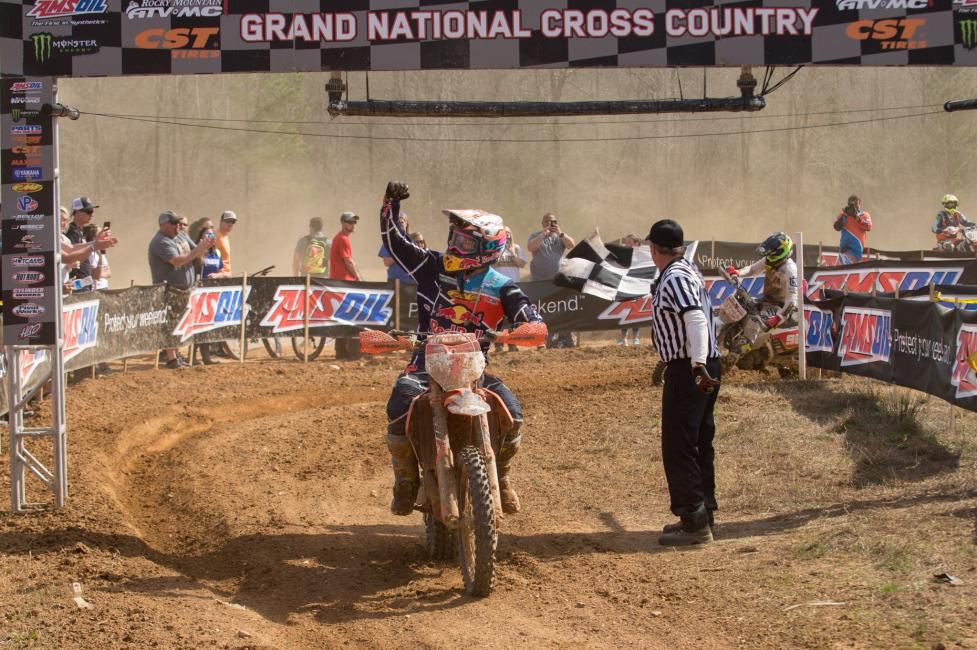 Russell got a good jump off the line, and earned himself the $250 All Balls Racing XC1 Holeshot award, and as they headed into the woods Duvall had a small bobble in the third corner. Coming through on lap one, AmPro Yamaha's Ricky Russell found himself in the number one spot. After holding off the rest of the XC1 Pro class, misfortune struck the Yamaha rider and he was forced to retire for the remainder of the race.

As the racing continued, it was JCR/Honda's Trevor Bollinger and BETA USA's Jordan Ashburn who took up the battle on the second lap. Coming through pro row on lap two, the riders were a mere second apart from each other. Tely Energy Racing/KTM's Steward Baylor Jr. made his way through the pack, ultimately pulling ahead at the end of the three-hour race with Bollinger hot on his heels for the third place position. S. Baylor would end the day on the podium in third place while Bollinger would hold on to finish fourth. 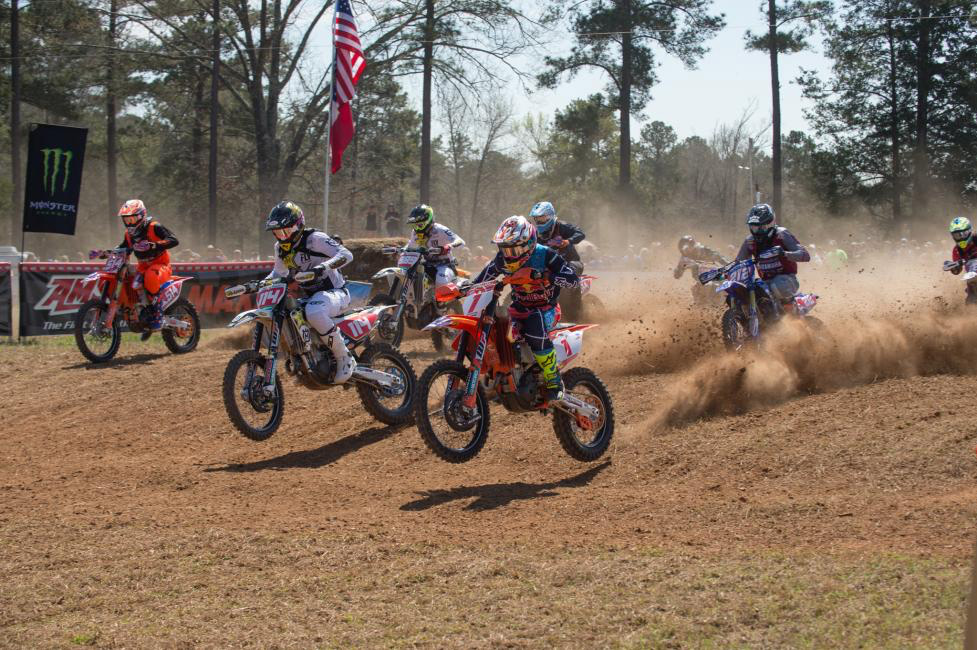 Kailub Russell (1) rocketed off the starting line to earn the All Balls Racing XC1 holeshot award. Photo: Ken Hill
Rockstar Energy/Factory Husqvarna Racing's Josh Strang had another impressive ride at The General. Even though Strang started mid-pack, he worked his way through the field and ran in the fourth place position during lap four. Strang ended up finishing the day out in the fifth place position, and he currently sits sixth overall in the National Championship points.

Running with the lead pack early, Jordan Ashburn had the best ride of his season so far and ended the day sixth place in the XC1 class and seventh overall. KR4/Husqvarna's Layne Michael would continued his consistent season thus far to finish the day seventh in the XC1 class and eighth overall while Tely Energy Racing/KTM's Grant Baylor would round out the top ten overall. 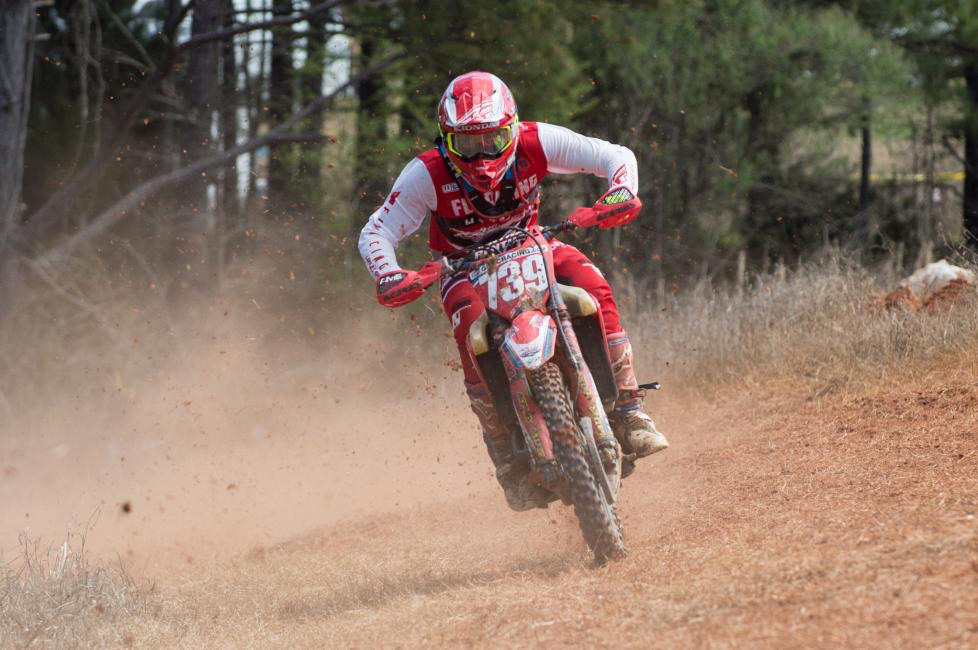