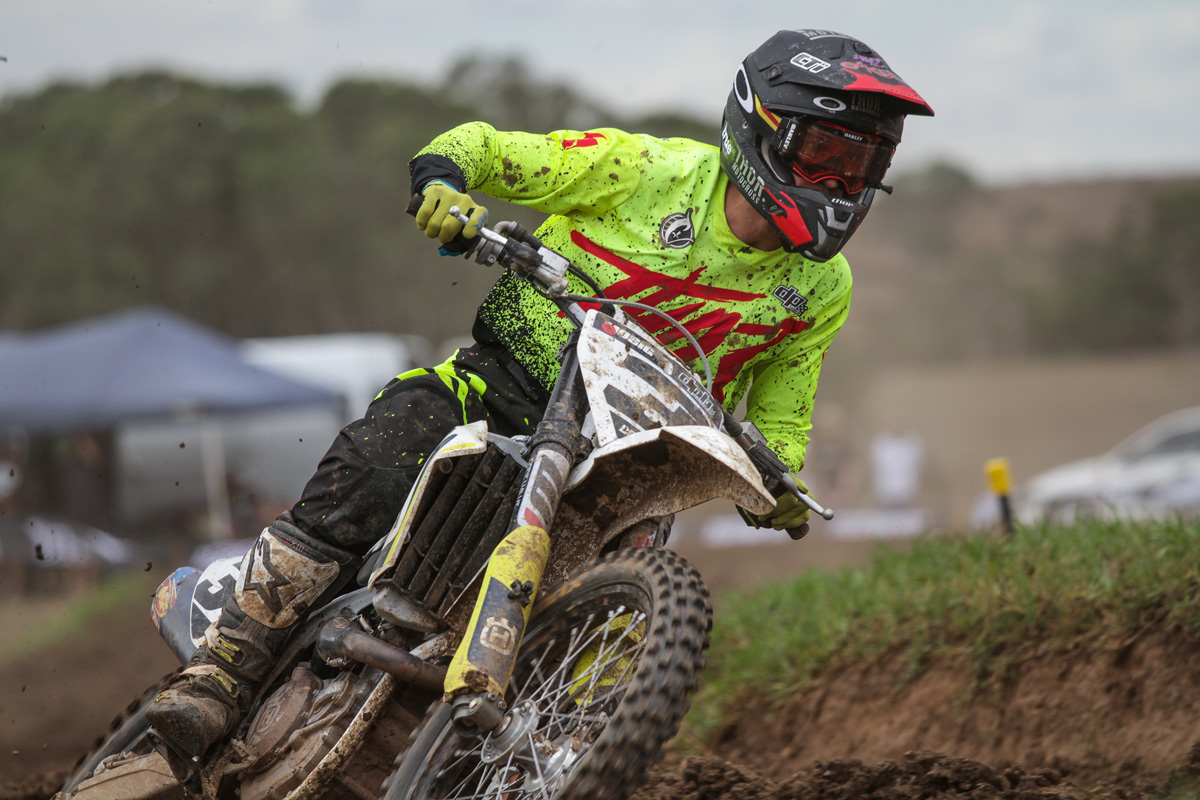 Although no strangers to podium in the past, Wonthaggi's double header round of the MX Nationals marks the first time the DPH Motorsport/Husqvarna partnership have sprayed the champagne at the MX Nationals, with Kade Mosig taking the FC450 to 3rd overall in Sunday's fourth round of the series.

With four races each over the two days, the pressure was on both the team and the riders to get some all important championship points in the bag on a demanding Wonthaggi circuit.

For Dylan Wills, round three saw the NSW based rider finish 8-7 for 7th overall backed up by 7-6 for 6th overall on Sunday in the MX2 class. For MX1 racer Kade Mosig, 9-6 for 7th and 4-3 for 3rd finally gives the 28 year a result that reflects the hard work and dedication he's been putting in.

These results move Dylan Wills to 8th in the MX2 Championship while Kade Mosig secures 6th in the MX1 Championship, closing the gap to just one point from 5th.

DPH Husqvarna team owner Dale Hocking: "Wonthaggi didn't disappoint, giving us a demanding track on Saturday, followed by a rain overnight and an even tougher track for Sunday. It was satisfying to see Kade back on the podium, it's a place where he belongs and I think very few people would dispute that, and although the results show that Sunday was his day, his ride in the first race of the weekend was a standout performance, after coming out of the first corner on the ground in 28th, he moved through more than half the field to finish in 9th!

"As for Dylan, he just continues to work forward every time he's on the bike. It was important for him to better his position from Saturday to Sunday, and in turn he's moved up to 8th in the Championship. We just need to keep this momentum as we head to South Australia and the halfway point in the championship".

Kade Mosig: "It‰Ûªs been a huge weekend at Wonthaggi really happy I could finish it off on a good note. With a 3rd and securing a podium at After having a rough day on Saturday I really wanted give it a big effort. So happy with all the hard work we have put in here at DPH Motorsport to get us back up there its really rewarding to see progress. We are building every week looking to gain momentum as we hit the half way point of the MX Nationals championship. Big thanks to all of the team and sponsors for the support" said Kade Mosig.

Dylan Wills: "Overall definitely a positive weekend for myself and the team. A little change before the last moto of the weekend had us right where we needed to be off the start which is where I struggled for the majority. Speed and fitness is right where I need to be and mentally I‰Ûªm very positive that we‰Ûªre not far away from putting it together.

"My FC250 is awesome and my support crew with dale, Pynee and Boyd is second to none, even my team-mate Kade has my back 110% and the whole crew wants me to succeed. We‰Ûªre very close to being there it‰Ûªs just up to me the place these last pieces to the puzzle. 7th at round three and 6th at round four definitely don‰Ûªt show the rides I put in. I burned loads of energy today but I gave it my all. Time to recover now and get back to it this week and come out and put it together at Murray Bridge."