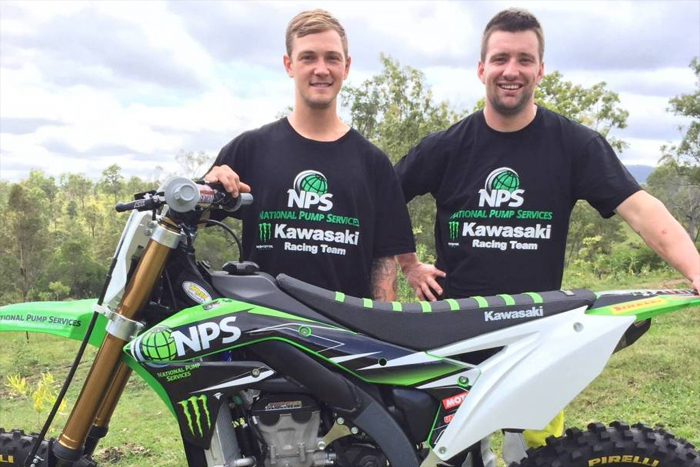 Kade Mosig and Jake Moss have officially been named alongside Matt Moss as Factory Kawasaki riders in the NPS Monster Energy Kawasaki racing team for the 2016 Motocross and Supercross Championships.

The NPS Monster Energy Kawasaki Racing Team has restructured and will run fulltime riders in both the MX1 and MX2 classes of the upcoming MX Nationals and Supercross Championship series.

Australian title holder, Matt Moss and champion in the making, Kade Mosig, will compete aboard the all new, lighter, faster and slimmer Kawasaki KX450F, while Jake Moss will contend ferociously on the proven Kawasaki KX250F.

2015 marked the second year of MX1 competition for Kade Mosig who has left no stone unturned throughout the course of his relentless mission to claim a national title. The 25 year old Victorian was just short of achieving his goal in 2015, where he finished as runner up in both the MX Nationals and Australian Supercross Championship.

‰ÛÏI definitely believe that I could have won a title this year." Mosig commented. "I had really good preseason training leading into both the Motocross and Supercross so I was feeling confident.

"I stayed consistent and came home strong without injuries. Having two full seasons under my belt is assuring because knowing my performance and results this year, I don‰Ûªt need to change much, I just need to keep working on it to get to that top step.‰Û