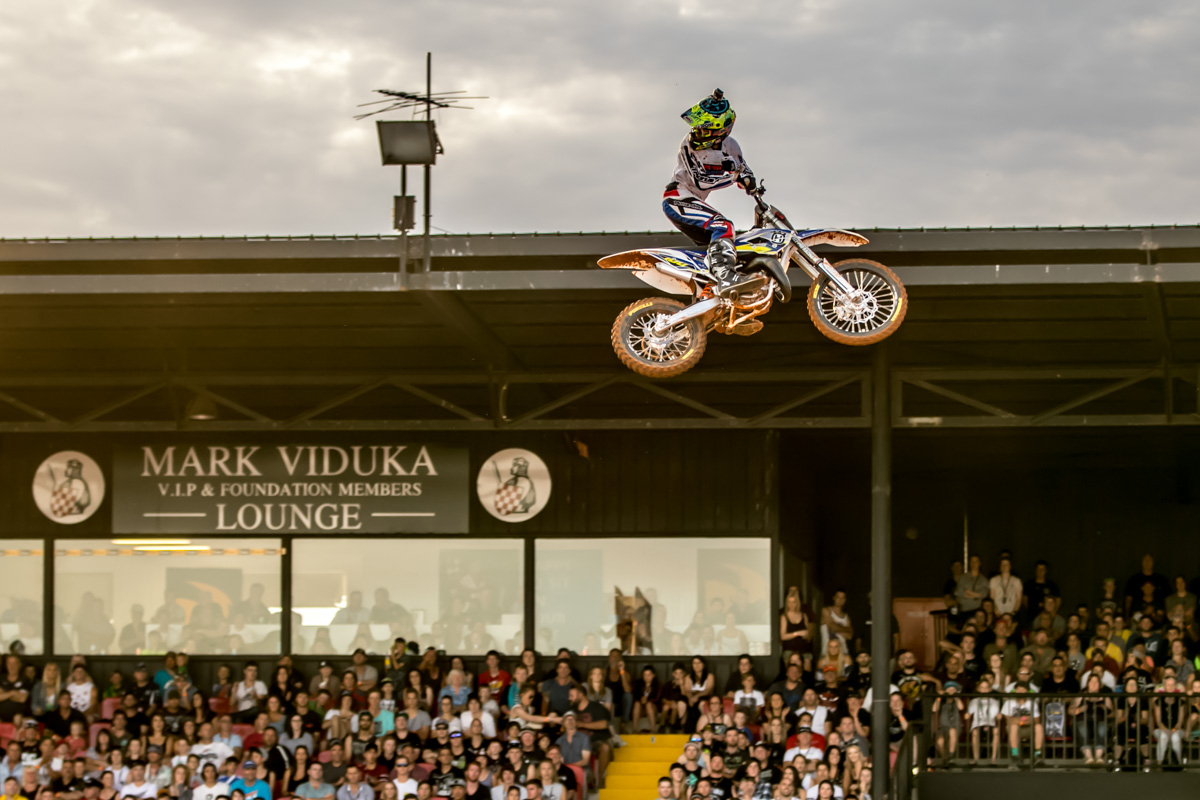 Husqvarna may be one of the oldest and most prestigious marques in the sport, but its rising young stars are kicking more than their share of goals for the brand in Australia, with Jy Roberts‰Ûª Australian Supercross Championship the latest contribution.

Jy Roberts wrapped up the 85/150cc junior championship at the final-round of the Australian Supercross championships in Melbourne.

The Husqvarna TC 85 rider entered the round needing just one race win to wrap up the title, and after getting the job done in the very first race, went on to celebrate in style with a perfect three from three result for the evening.

Victory at the final-round gave Roberts a 63-point win over Darby, with Samuel Noonan third.

‰ÛÏI'm stoked that I won!" Roberts enthused. "I‰Ûªve been training hard and putting in the effort. I've been going to cross-fit three or four times every week, and cycling with Mossy and Willsy.

"I've been riding at McCleary's track with all the pros, just training heaps with them and riding the tracks, training non-stop.

"At the start of the season I had a big competition with Rhys Budd, but he crashed at Adelaide and was unable to finish the series off. It was definitely tough to put the whole championship together without any mistakes." Roberts continued.

"Melbourne was pretty much spot on, nothing went wrong, the track was pretty good. After winning all three at Jimboomba, all I had to do was win the first race and I‰Ûªd win the title; then I could just go out in the last two and have fun.

"The last one I was battling with Bailey for the whole race and passed him in the second-last corner to get the win.‰Û