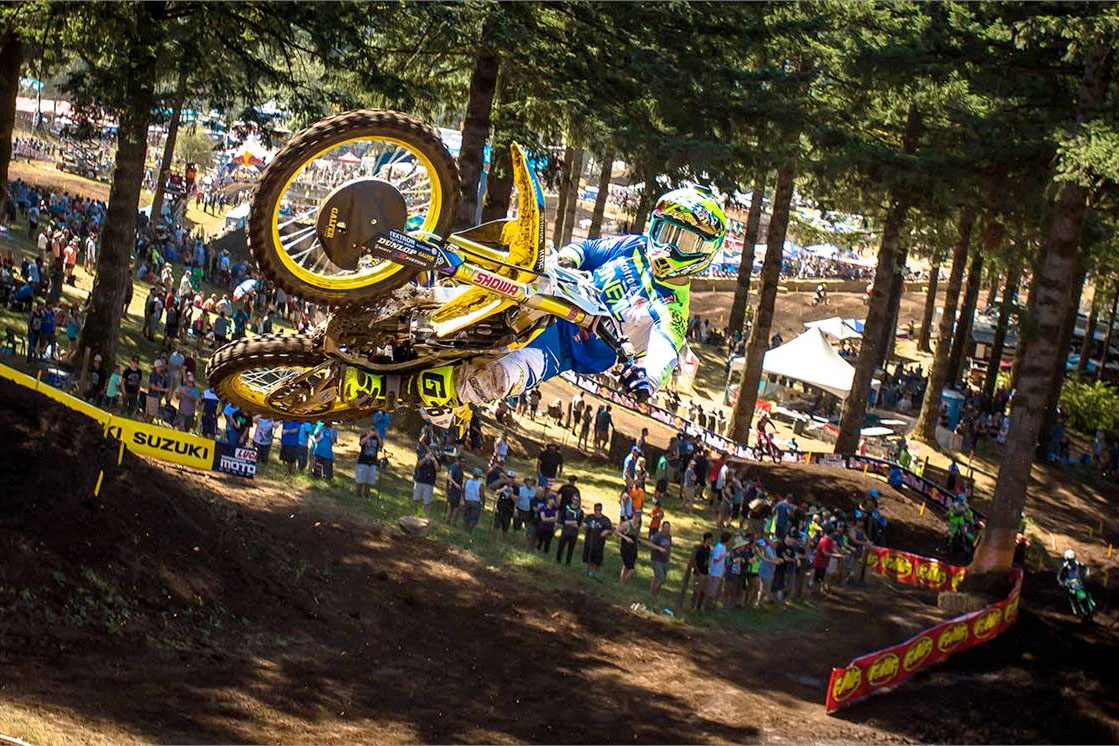 Hill went into his home National at Washougal with high expectations. The Yoncalla, Oregon native looked impressive on the Suzuki RM-Z450, logging the second-fastest 450 qualifying time and jetting out to a second place start in the first moto. A bout of tightness held him to fourth place - tying a career-best moto finish.

Hill was eyeing his first 450 National podium and put himself in a good spot while running second in the final moto. Unfortunately, he cross-rutted landing from a jump, which sent him into a tree. The impact left Hill with a banged-up knee. He will undergo evaluation this week to determine the severity of the injury. Hill is currently ninth in the overall standings.

‰ÛÏQualifying went well and I was very comfortable on the Suzuki RM-Z450. I had a great start in the first moto, but expended too much energy trying to get around my teammate [Justin Bogle]," Hill explained.

"I was smoked by the time I was in third place. I learned quite a bit by being up front with those guys. Then, while running third in the second moto, I had a huge crash. It was a strange deal where I landed sideways in some ruts. I tried to blast out of it and straighten up the bike. By doing that I swapped even harder and flew straight into a tree.

"I‰Ûªve definitely felt better than I do right now. My left knee is swollen up almost as big as a volleyball right now. It seems that I‰Ûªm just tough enough to not get broken, but I‰Ûªm wimpy enough to get hurt every time I hit the ground," Hill concluded.