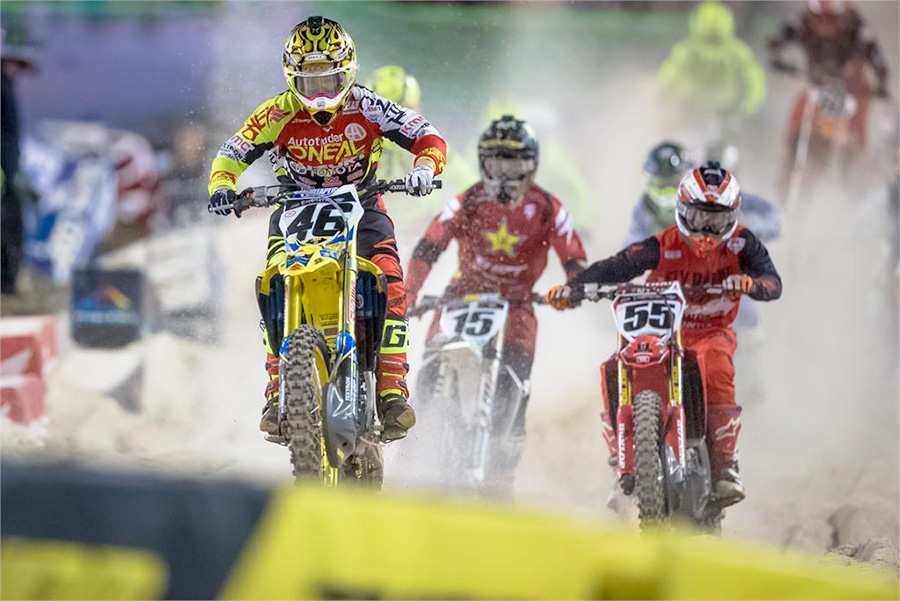 Justin Hill made an impressive debut in the 450SX class at the 8th round of the AMA Monster Energy Supercross Championship at Raymond James Stadium in Tampa, Florida.

The defending 250 West Supercross Champion wowed the 42,411 fans on hand by logging the fourth-fastest qualifying time, a heat race victory; plus, a shot at the Main Event win.

The Autotrader, Yoshimura, Suzuki Factory Racing team regular 250SX class rider had high expectations entering his first 450 Supercross and was fast from the start, using his RM-Z450 power to routinely jump a tricky triple-quad-quad section that very few others dared to even try. With a fourth-place Main Event start, Hill methodically worked his way to within striking distance of the leader. Unfortunately, he fell after trying to cut inside another rider while making a pass for the lead but came back to finish an impressive sixth place.

"I was less than intimidated by the 450 guys. The speed was easier than I thought it would have been," Hill explained. "I was comfortable at battling the front runners. The experienced guys seem to do less dumb stuff. Riding with the smart guys seems to work better for me. As I get more involved in the 450 class I feel like I could be the guy, because that type of riding style suits me well.

"The first few laps after I got up following the crash I was trying to regroup. I had a bent front brake lever, and it was hanging pretty far down. Then I started getting the quad jump again. There was no way I was going to do that section without a front brake. I‰Ûªll have another week on the Suzuki RM-Z450 and head to Atlanta with new goals. I‰Ûªm looking forward to it." 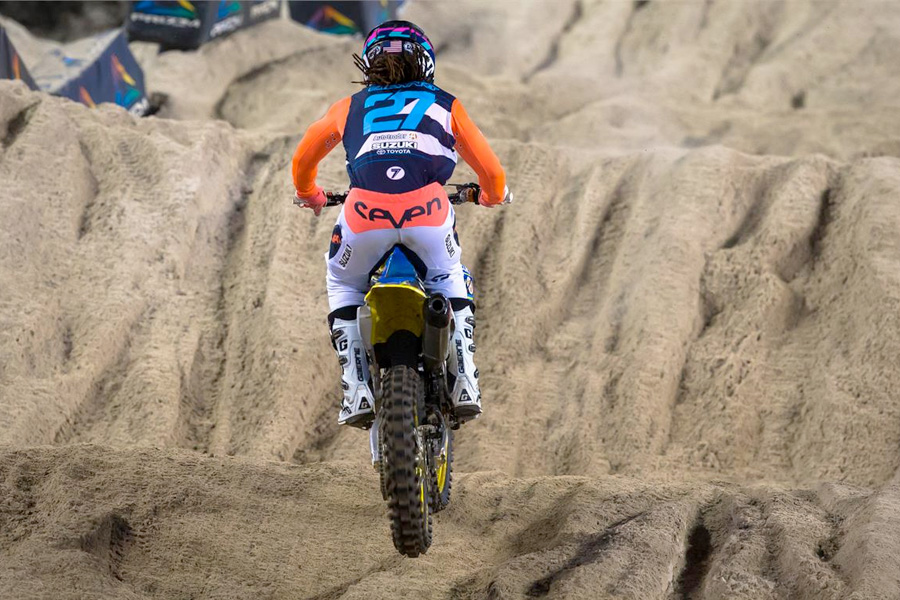 Malcolm Stewart had his best result for the season carding an 8th in Tampa.
Hill's team-mate Malcolm Stewart scored his best finish of the series in eighth. Weston Peick crashed while running in fifth and ended up just outside of the top-10 and RM-Z250 rider Jimmy Decotis got caught-up in a second-turn crash and charged his way from 20th to 10th.

"What a night! It was so hot in Tampa that I thought I was racing the Nationals!" Stewart said. "We had some good testing on the new Showa BFRC shock with the team before traveling down to Tampa. We got the bike more in tune and the results are starting to come around. Thanks to everyone for sticking by me my entire career. The next stop is Atlanta, which I‰Ûªm really looking forward to!‰Û 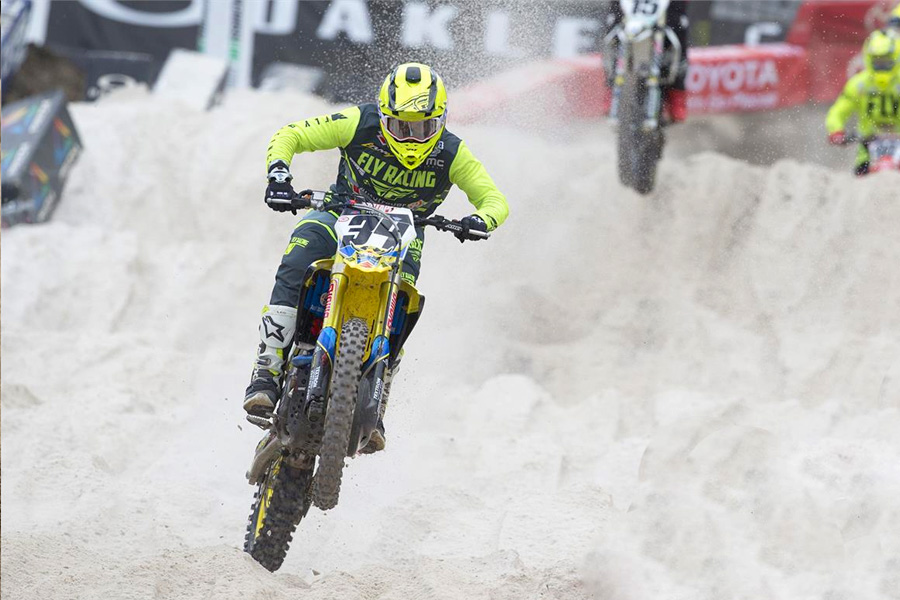 Weston Peick's night came crashing down, along with many others, in the long and challenging sand section.
Weston Peick looked ready to improve on his series-best fifth place finish by running the lead pace for half of the Main Event. Unfortunately, the tricky sand rhythm section sent him to the ground. He recovered and finished 12th and he now sits fifth in the point standings ‰ÛÒ less than 10 points from third.

‰ÛÏThat was the first race at Tampa in a long time. It was nice to go somewhere new," Peick said. "I had a good start in the Main and was around the top-five for over half of the race. Then I made a weird mistake in the sand section. I cross-rutted off the face, landed, hooked left, and went over the bars. I hit my thigh, and it took a while to get the bike out of the sand.‰Û 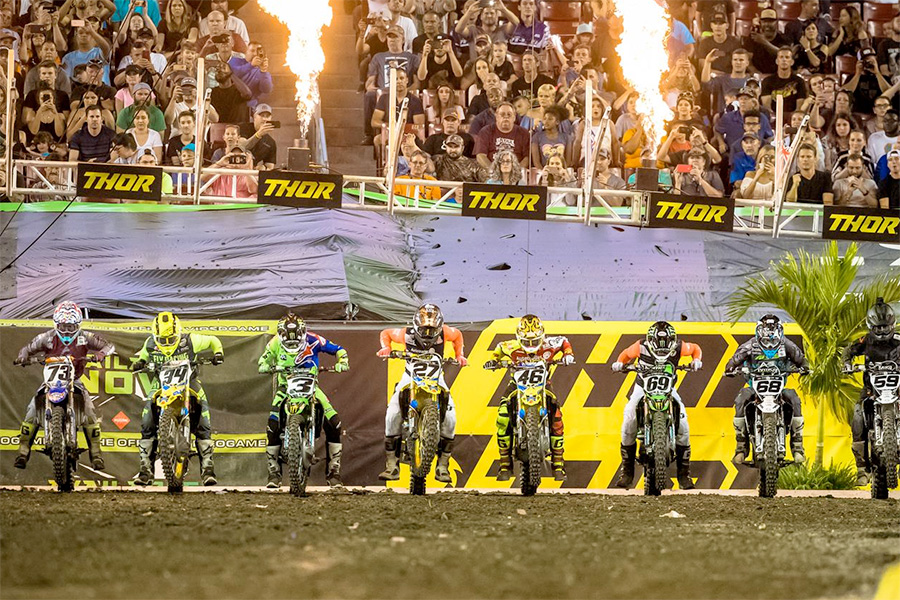 Hill's battle at the front of the main event was helped by a good start that saw him in the top five out of the gate.
Monster Energy AMA Supercross championship - Tampa SX Results