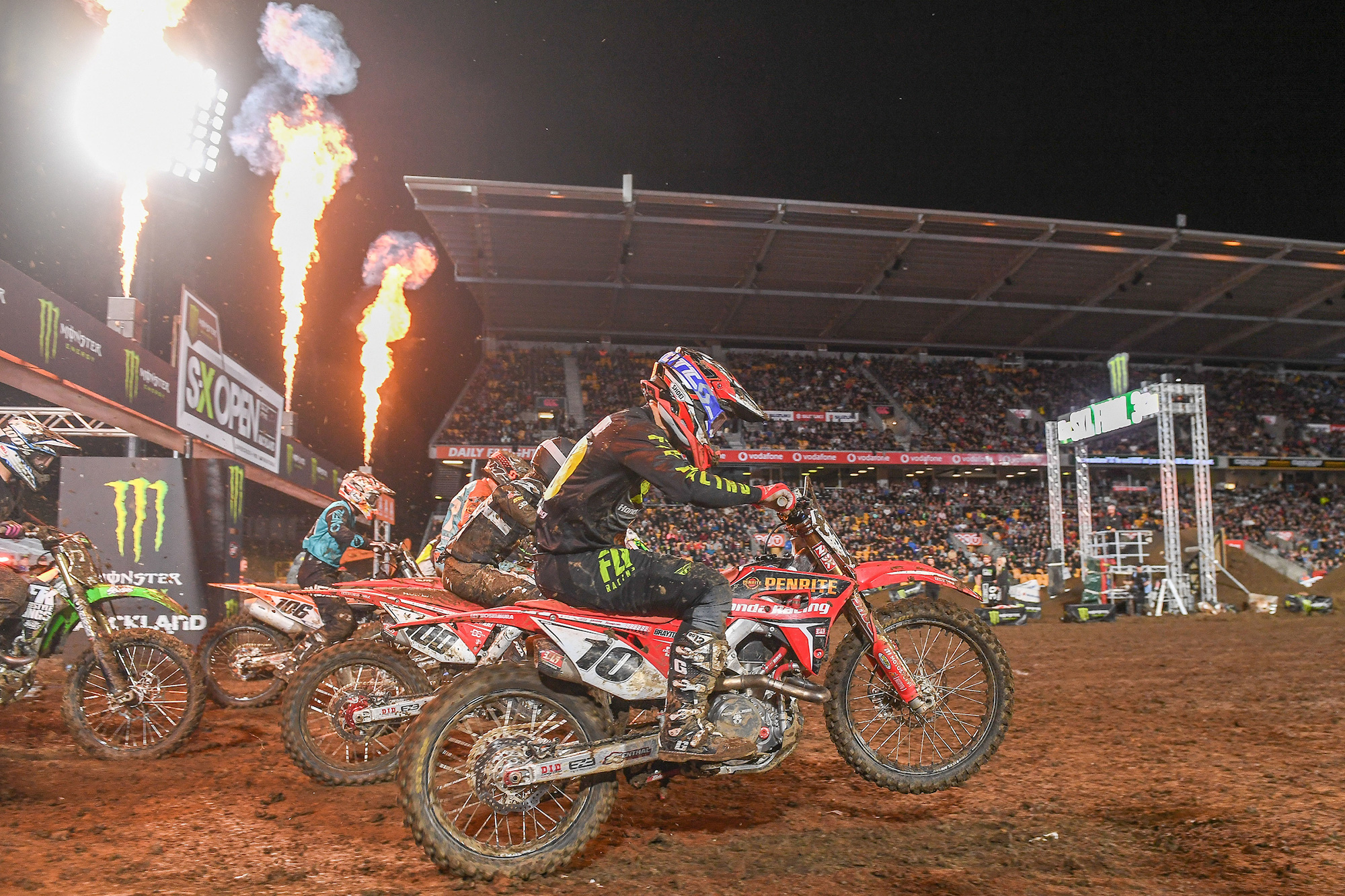 Heavy rains greeted riders in New Zealand for the final round of the two-round Oceanic Supercross Championship. Conditions looked bleak as the track crew worked diligently to protect the purpose built Supercross track from an unrelenting downpour.

‰ÛÏI turned up on Friday and the track looked amazing, the best in the series and I was extremely excited, but the weather was intense and many were concerned about how it would hold up with all the rain,‰Û 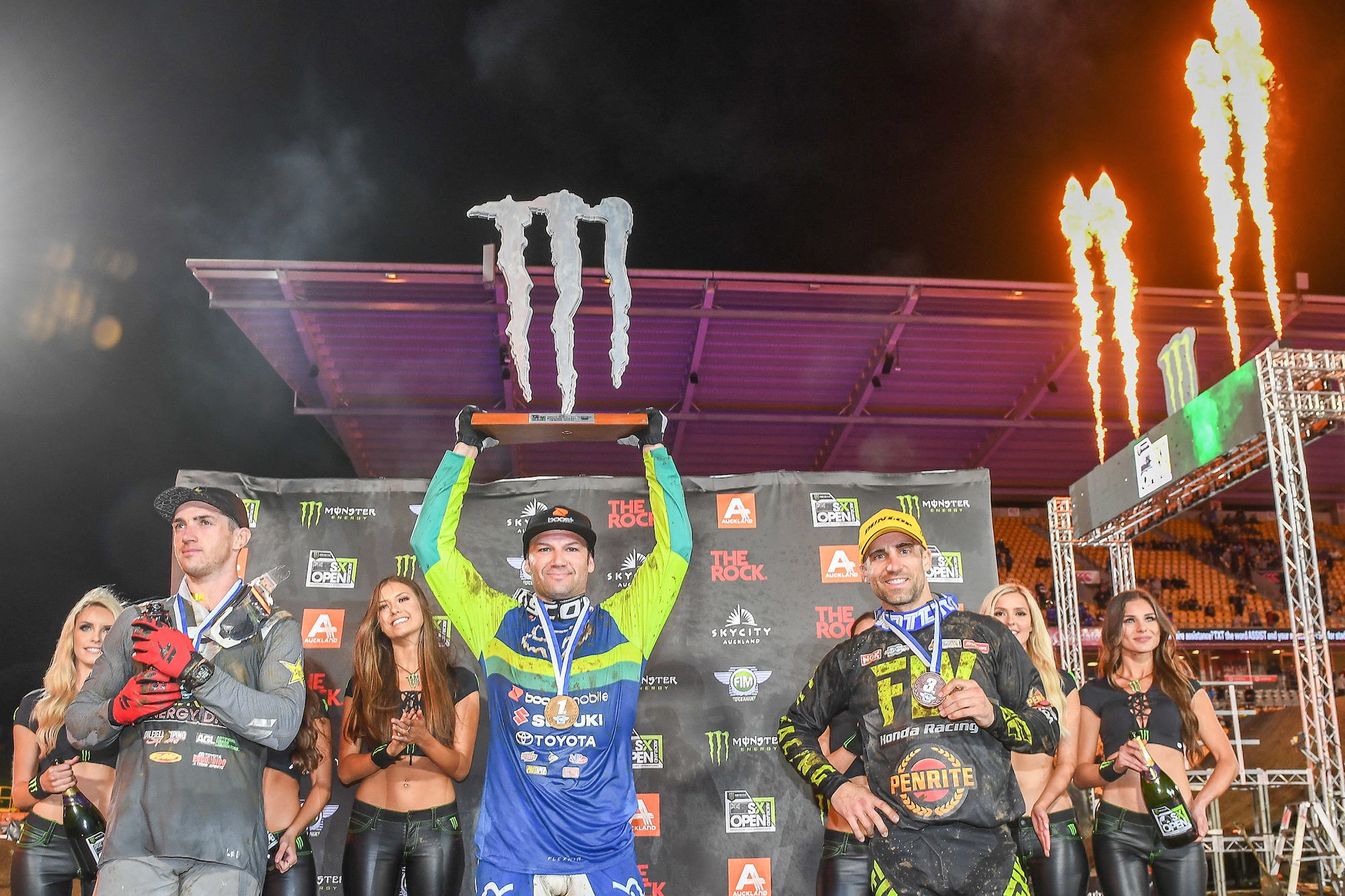 Brayton (Right) on the podium with winner Chad Reed and Dean Wilson
Brayton crashed in race one after colliding with Josh Hansen and in race two he suffered from a poor start. In the third and final race, he gated well and scored a 2nd, which resulted in enough points for him to claim 3rd overall in the inaugural Oceanic Supercross Championship.

‰ÛÏIt‰Ûªs not how I hoped to finish but that‰Ûªs racing. The crowd and fans in New Zealand were awesome as they braved the weather. I want to thank everyone for giving me this opportunity, Honda is one big family and everyone from Honda Australia and Honda New Zealand have been super supportive,‰Û 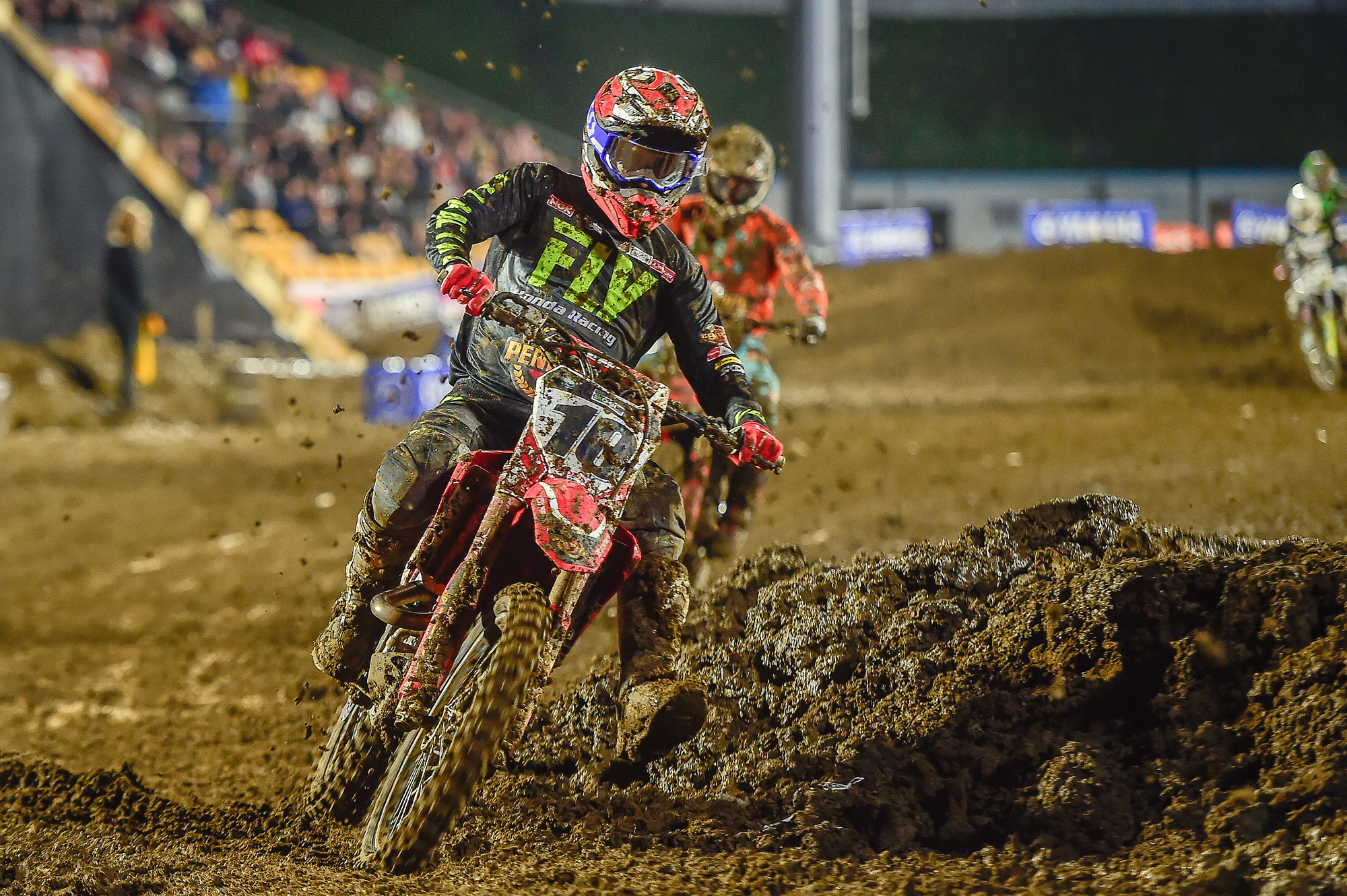 Brayton plows through the trying conditions.