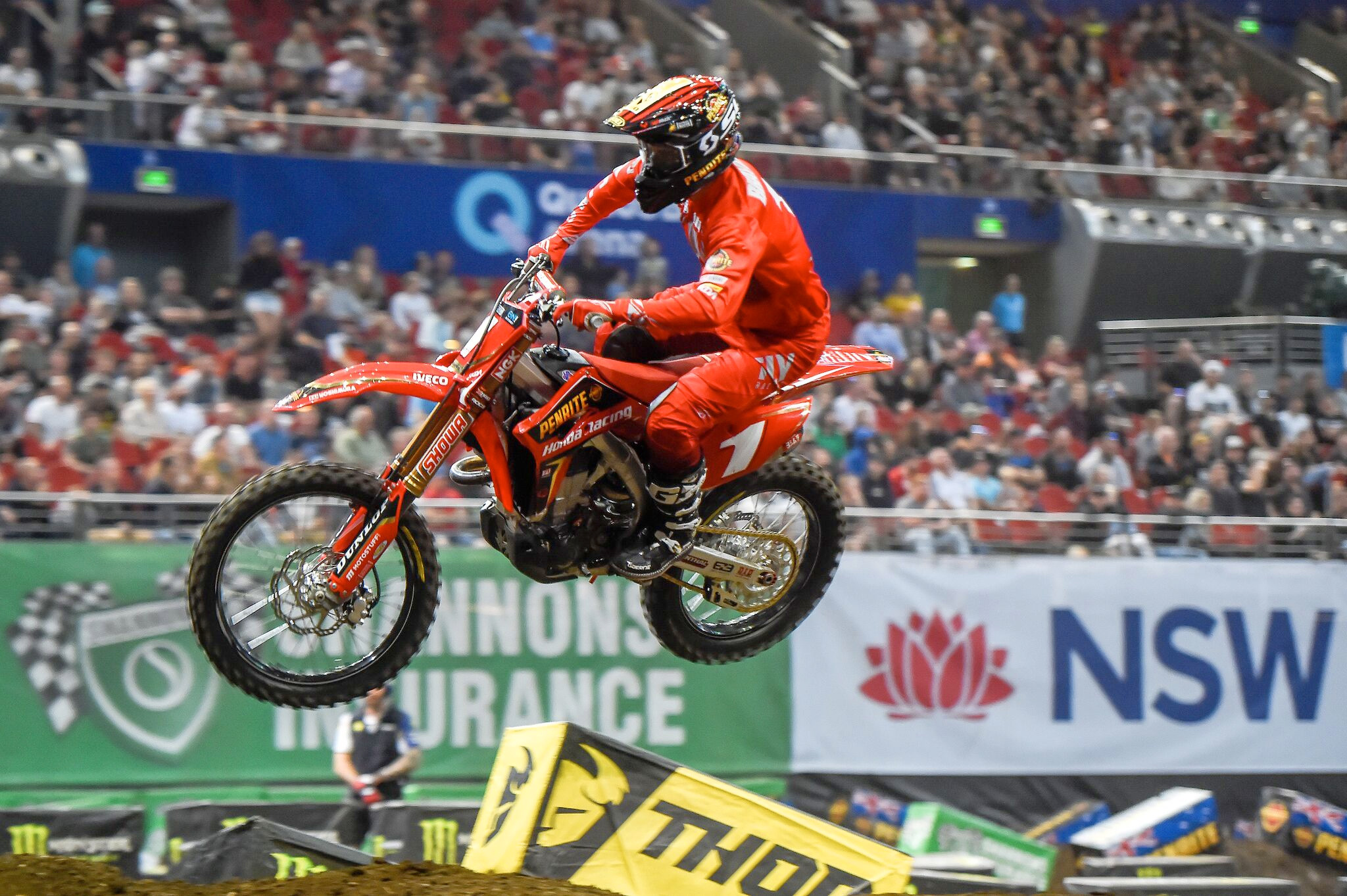 Brayton soared to the top of the leaderboard early in the second qualifying session, spending most of the time a whole second clear of the rest of the field, a huge achievement on such a small circuit.

"That was my plan rolling into the AUS-X Open, was to keep the momentum rolling that I'd gained all season so far," Brayton said.

"It's definitely a big confidence booster; obviously knowing that we have a championship going into tomorrow, qualifying fastest is a great start. There's obviously some world-class talent here - the current world champ is here in Jason Anderson, so it's going to be tough but I'm up for the challenge."

Australian hero Chad Reed struggled for bike setup for most of the session, eventually logging a 33.491, which was good enough for seventh. 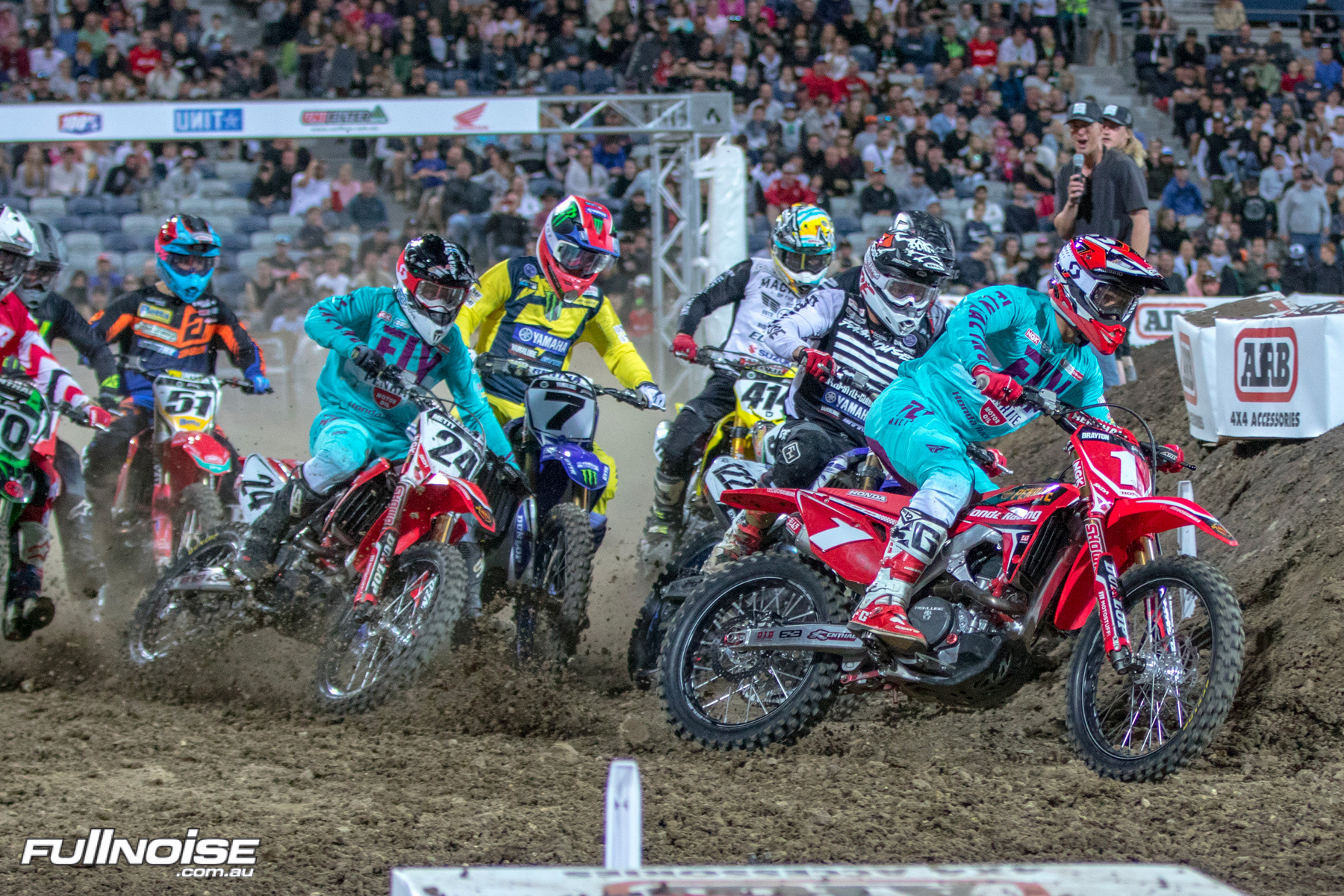 Gold Coaster Dan Reardon was on the pace on Friday setting the second fastest time in the SX1 class. Photo: Supplied
In the SX2 Class, it was American Jacob Hayes who took top honours, almost a full second clear at 33.090, followed by Wilson Todd with a 33.900 and series leader Jay Wilson with a 33.914.

A national champion was also crowned tonight in the 85cc Class, with Factory Kawasaki pilot Brad West taking the top spot. West rode a nice, calculated and conservative ride at the final round in Sydney, coming home in fourth place overall to seal the championship.

The Junior Lites 250cc Class was taken out by Jake Cuka, who put in a consistent season to claim the championship.

A major coup for the event and Friday night proceedings was the 2 Stroke Cup, with its qualifying races taking place and the main event happening on Saturday. Former Supercross champion Ryan Marmont looked very fast as he claimed both race wins, with the age-old rivalry between Danny Ham and Craig Anderson reignited in Sydney too, as Ham got the better of ‰Û÷Ando‰Ûª in the showdown.

Saturday‰Ûªs proceedings will see the Monster Energy AUS-X Open Sydney crank into top gear, with both the Australian SX1 and SX2 Championships to be decided under the Sydney lights. Fans will see riders like Jason Anderson, Chad Reed, Dean Wilson and more go at it, as they look to etch their name into the coveted AUS-X Open trophy. 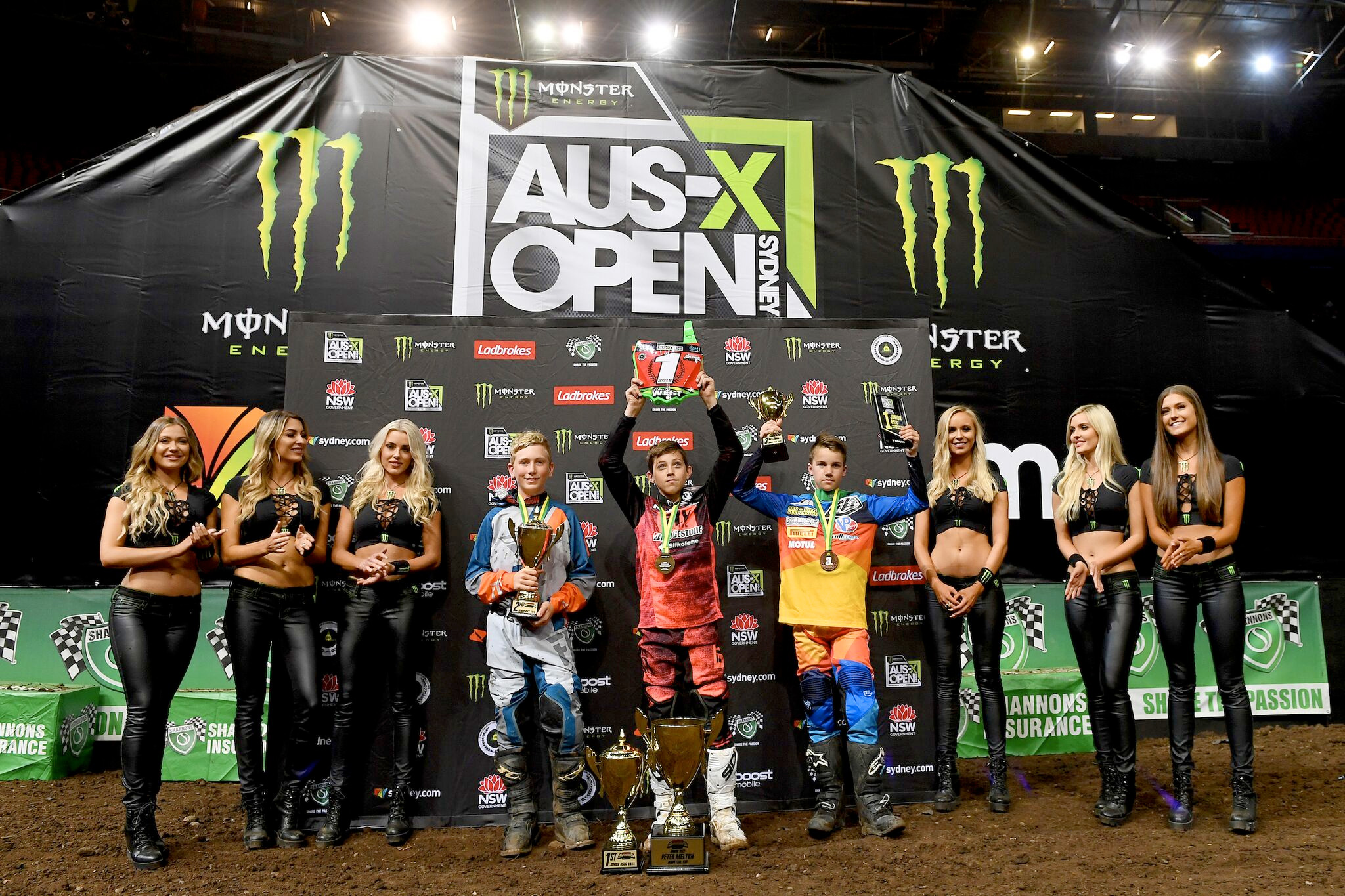