Justin Barcia Scores Valuable Points From a Tough Round In Glendale 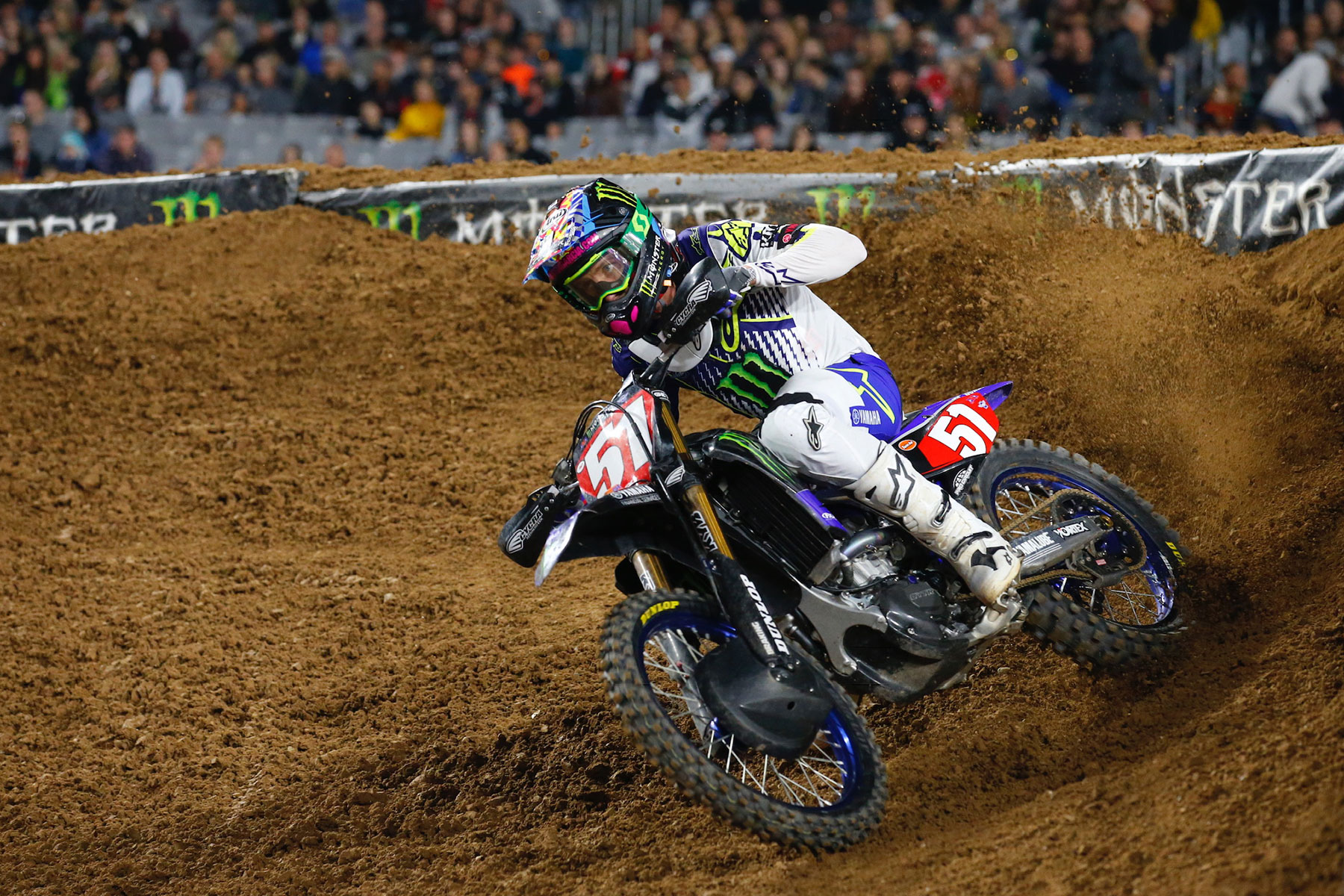 Justin Barcia finished sixth at Glendale and dropped to second in the championship. Photo: Yamaha Racing
In spite of a challenging track at State Farm Stadium, Glendale, round one winner Justin Barcia has managed to score some important points in the premier 450SX Monster Energy AMA Supercross Championship.

It was a frustrating round after the Monster Energy Yamaha Factory Racing Team rider's big win at Anaheim 1, but when the going got tough on the technical, slick track, Barcia and his team got going and steadily improved throughout the day.

He had a good heat race, earning him a decent gate pick, but ultimately sixth place was the best result for the day. More importantly, the New York native was able to mitigate the damage to his title run and only trails by one point going into Anaheim 2. 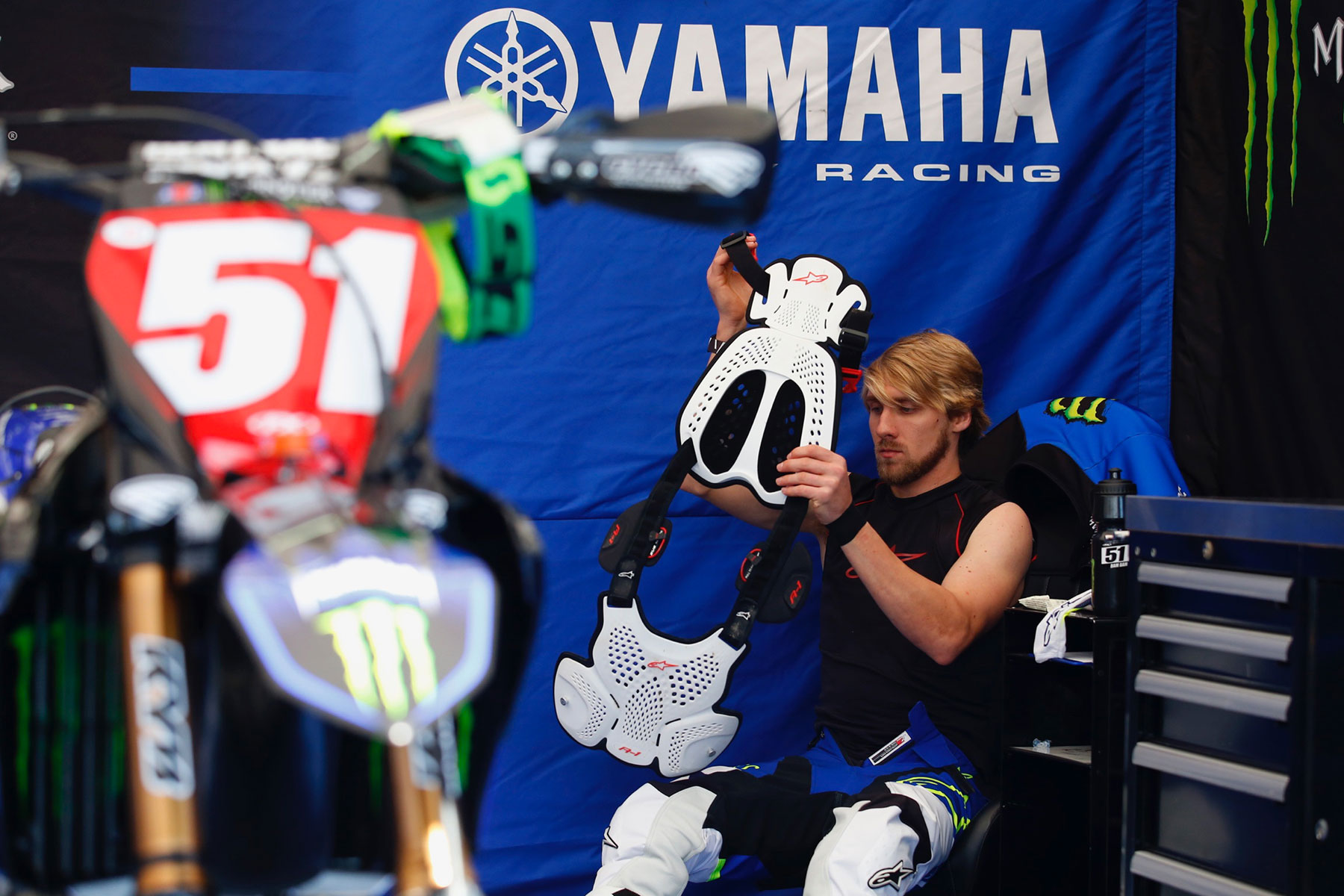 Sixth for the round was enough to see Barcia keep the championship leaders red plate. Photo: Yamaha Racing
"It was a really difficult day for me," Barcia lamented. "The track was really high speed. It had some really technical rhythm sections. For some reason, I could never get a good flow on it. It was a little bit frustrating I would say, but I felt like every time I went on the track I kind of got better and better and made some really good bike changes. I wish I could have gotten more comfortable right off the bat. I just never felt comfortable today.

‰ÛÏIt was definitely a frustrating day compared to my win last weekend," Barcia continued. "But all in all, the team really worked their butts off today to get me as comfortable as I could on the bike on this tricky track. It was really hard packed, really slick. The team went above and beyond and did a good job on the bike. The track was just a difficult one for me. So I‰Ûªm moving on this week. Will work on a few things and then back to Anaheim. Looking forward to that. I‰Ûªm really excited for A2.‰Û 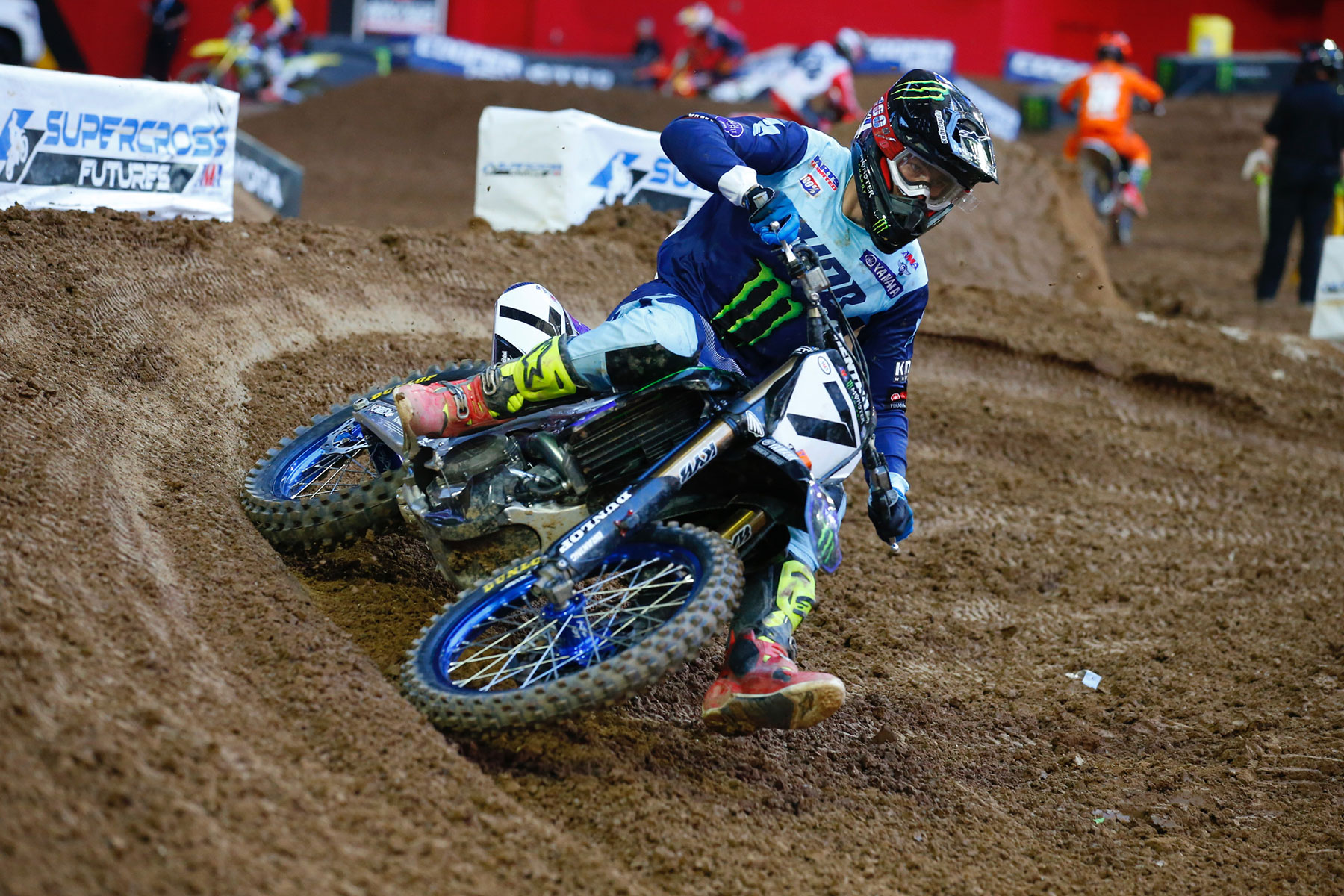 Barcia's team mate Aaron Plessinger also struggled on the night finishing just outside the top ten in eleventh. Photo: Yamaha Racing.
Barcia‰Ûªs young teammate Aaron Plessinger also struggled with the track conditions, but was also able to improve as the day went on. He didn‰Ûªt have a great start in the Main and the restart with the staggered start didn‰Ûªt help the 2018 West 250SX Champion much either, but he put his head down and pushed his way forward to end the night just outside the top 10 in 11th.

‰ÛÏPhoenix Supercross was a little rough for me," Plessinger said. "I was struggling with the bike all day. I had a big crash in practice and then changed a lot on the bike for the heat race. The track was really, really getting slick in the heat race. I got a pretty good start in the heat race but just made a couple little mistakes and it cost me third and ended up fifth.

‰ÛÏIn the main event, I didn‰Ûªt really get a great start. Then we had to do a restart, a staggered start. That didn‰Ûªt really play into my favor. I went from 12th to 13th, I think. Then about halfway through I started feeling really good and started flowing with the track and made a few passes and was catching another rider and just ran out of time. I think A2 will be a lot better. It will be the first triple crown, so I‰Ûªm coming in with high hopes.‰Û 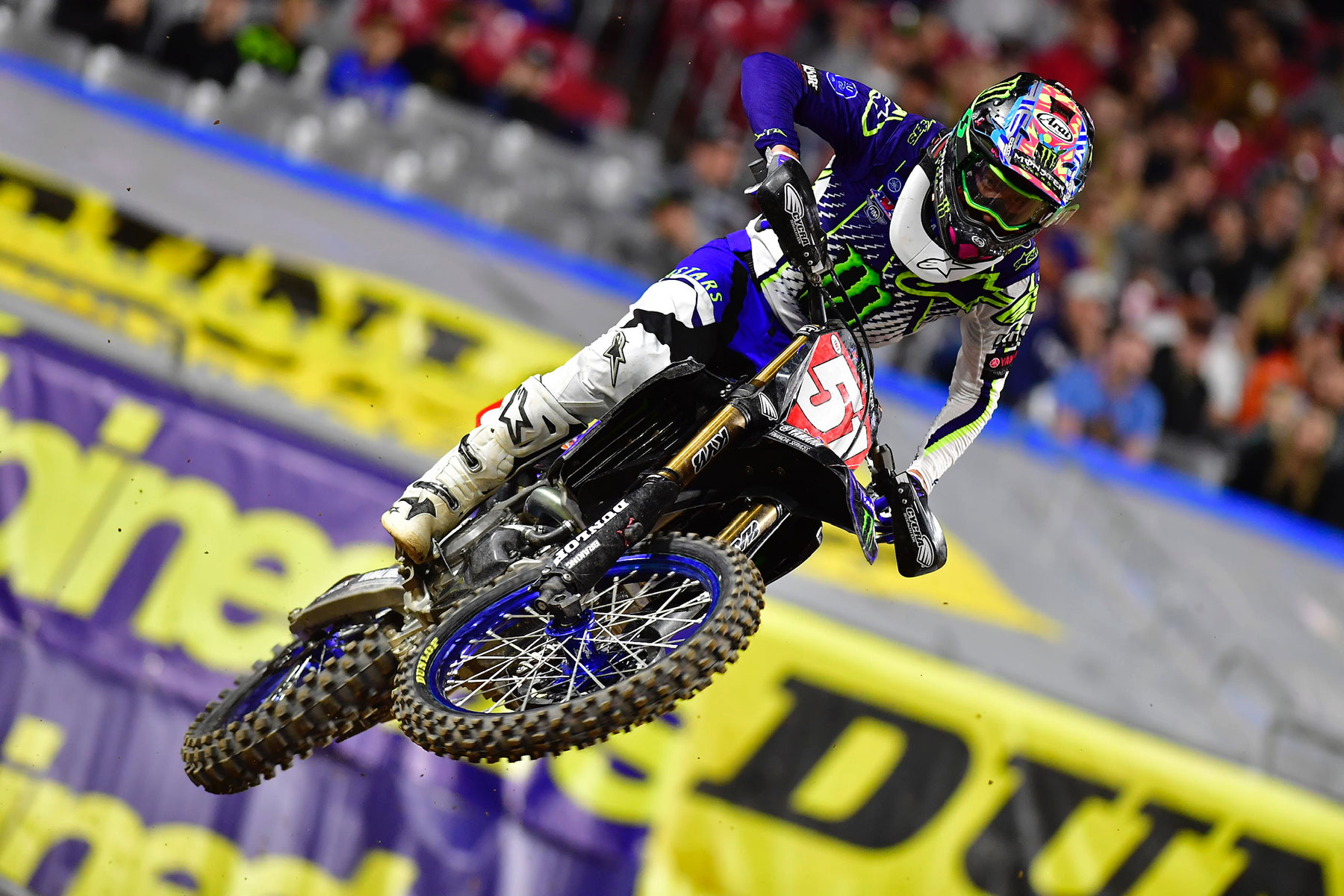