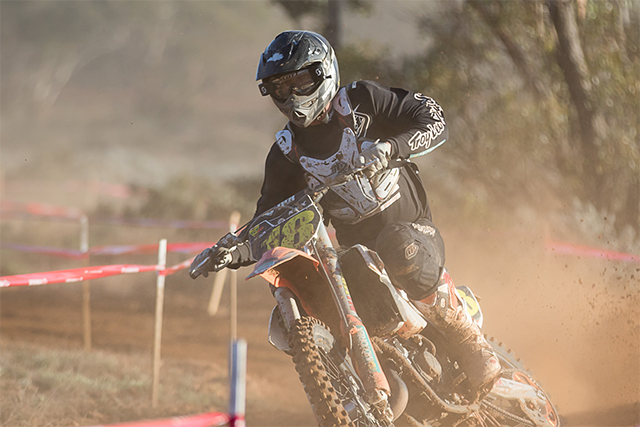 The Junior competitors of the 2017 Yamaha Australian Off-Road Championship (AORC) excelled at Round 8 on the wide-open KTM test track at Renmark in South Australia, where a number of interesting stories developed.

J4
Motocross star, Mason Semmens further established himself as a very versatile rider by winning today‰Ûªs sprint race in J4 class. The KTM rider dethroned Joshua Brierley from his undefeated winning streak. Semmens finished with a final time of 21:31.079. Brierley despite missing out on the win, can be resolute in the fact that he still has a significant championship lead. The Husqvarna rider finished with a time of 22:06.287. The final podium placer for J4 was Corey Hammond. The rider managed to finish with a total accumulated time of 22:45.874 on board his KTM.

J3
Local hero Jayden Rudd was the eventual winner of the J3 sprint race. The victory gave Rudd yet another clean sweep in 2017. Rudd‰Ûªs training and preparation is paying off handsomely as the KTM rider finished with a total time of 23:08.485. Husqvarna mounted Matthew Pye was Rudd‰Ûªs closest challenger, his time 24:23.234. Ned Chapman shot up the placings today to finish third with a time of 24:25.312. Only approximately two seconds off Pye.

J2
Wil Riordan was the standout in the J2‰Ûªs, finishing first in class. The J2 Championship leader, Riordan will now enjoy a significant gap in points after a clean sweep this weekend. KTM mounted Riordan finished with a time of 24:29.852. Taj Gow-Smith impressed onlookers to come second with his total time of of 25:25.550, on a Yamaha. Kyron Bacon still managed to attain a podium place but dropped down to third, after coming second on Saturday. Bacon‰Ûªs time was a 25:35.463. 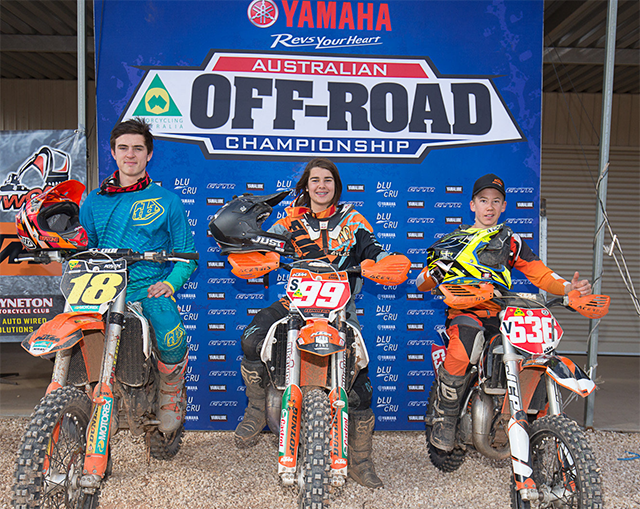