Jules Cluzel comes out on top after four-way fight 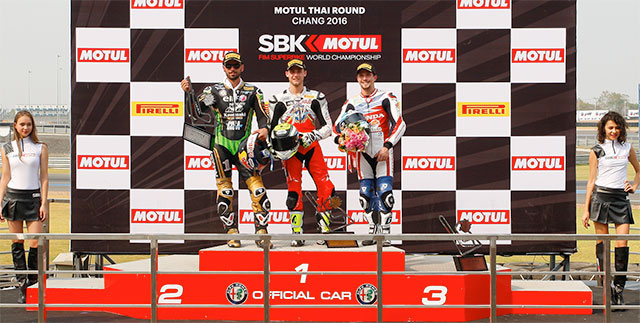 The MV Agusta rider scores his 11th career victory and his first since being sidelined through injury in the latter half of 2015, with the battle a four-way fight between the MV Agusta rider, Jacobsen, Sofuoglu and Krummenacher.

It was PJ Jacobsen from Honda World Supersport Team who took the early lead, leaving the chasing pack lead by Jules Cluzel to hunt his advantage down with the American over a second clear in the initial stages. With twelve laps to go, Cluzel began to eat into the lead and found himself behind the Honda rider and looking for a way through.

With ten laps to go, the top four riders of Jacobsen, Cluzel, Sofuoglu and Krummenacher found themselves in a four way fight. With a lap and a half to go, Cluzel made his way through on Jacobsen for the lead and reigning Champion Sofuoglu attempted to follow the Frenchman through, leading to contact with Honda rider Jacobsen and three bikes going side by side into Turn 6. 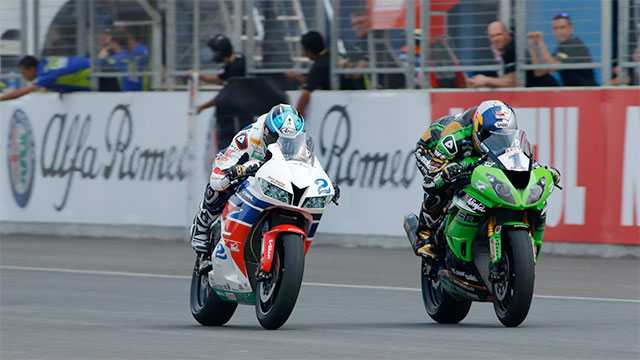 Kenan Sofluoglu, (1) and PJ Jacobsen,
CIA Landlord Insurance Honda‰Ûªs Kyle Smith had a great ride to fifth and was trying to hunt the leading four down, with Alex Baldolini just behind him after an impressive showing in Buriram. Malaysian rider and WorldSSP rookie Zulfahmi Khairuddin, who just missed out on graduating to Superpole 2 on Saturday, came home seventh after a great ride from 13th on the grid, ahead of winner Cluzel‰Ûªs teammate Lorenzo Zanetti. Brit Gino Rea and Czech rider Ondrej Jezek completed the top ten, ahead of wildcard Thai rider Decha Kraisart who had a great ride to 11th for Yamaha Thailand Racing Team.

Last year‰Ûªs 5th place rider and wildcard Ratthapong Wilairot, whose brother claimed victory last year also as a wildcard, showed great pace but unfortunately crashed early in the race and was unable to finish the full count of laps.

The Motul Thai Round proves the first points of the year for great rivals Jules Cluzel and Kenan Sofuoglu after a difficult weekend in Australia. Puccetti rider Randy Krummenacher retains his Championship lead after two rounds, with the next race back in Europe at MotorLand Aragon.