Juinor stars to converge on Kurri Kurri for NSW Titles 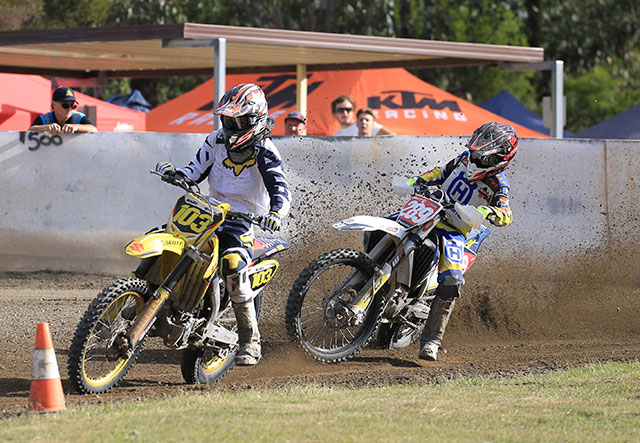 Many of the next generation of motor cycle stars will be on hand battling it out for honours in various classes catering for riders from seven through to 16 years of age.

It is unfair however to only refer to the riders as ‰Û÷tomorrow‰Ûªs stars‰Ûª as many are already extremely accomplished and well- credentialed and the racing they turn on is invariably as exciting as that displayed by senior riders.

The State title showdown is a good opportunity for the host club to showcase themselves. In recent years there has been a steady progression of riders coming through the ranks and moving in to senior competition with impressive records to their name.

The older age bracket, for riders 13 through to 16, may well be dominated by host club riders after a trio of Kurri Kurri riders dominated the recent Central Coast Cup meeting.

Mackenzie Childs was the standout at the Casey Stoner Cup meeting back in April but his colours were lowered last month by Billy Van Eerde who won the Central Coast Cup final ahead of Childs, with Connor Ryan an impressive third.

Cameron Dunker, Rory Hutchinson, Cody Lewis, Aiden Phillip, Harrison Ryan, Ryan Smith and Jordan Ussher are other host club riders who are expected to be prominent, with Dunker and Smith both in particularly fine form at recent meetings.

Central Coast and Hunter clubs will also be well represented by good entries with Senna Agius, Noah Cardinale and Isaac Hawes likely to be serious contenders for honours in respective classes.

Other regions across the State will also be represented with the likes of Taree trio Kye Andrews, Jack Hyde and Hayden Nelson, Forbes rider Tom Drane, Tom Bullen of Coffs Harbour and Ben Baker from Cowra all coming with good form behind them.

The Casey Stoner Cup meeting gave a number of interstate riders a good shakedown for this weekend‰Ûªs titles and there are some serious contenders heading from both the north and south of our borders.

From down south Max and Nicholas Berry, Remmie Fyffe and Bryce Holmes will fly the Victorian flag.

Practice will get underway at 9.30 am on Saturday, with racing at the conclusion of practice, while Sunday action will start at the same time leading through to the finals in the afternoon.

For fans it is a cheap day out with just a $5.00 per car entry on Sunday, with full canteen facilities available, The Loxford Park Raceway is situated in Dickson Road, Loxford.