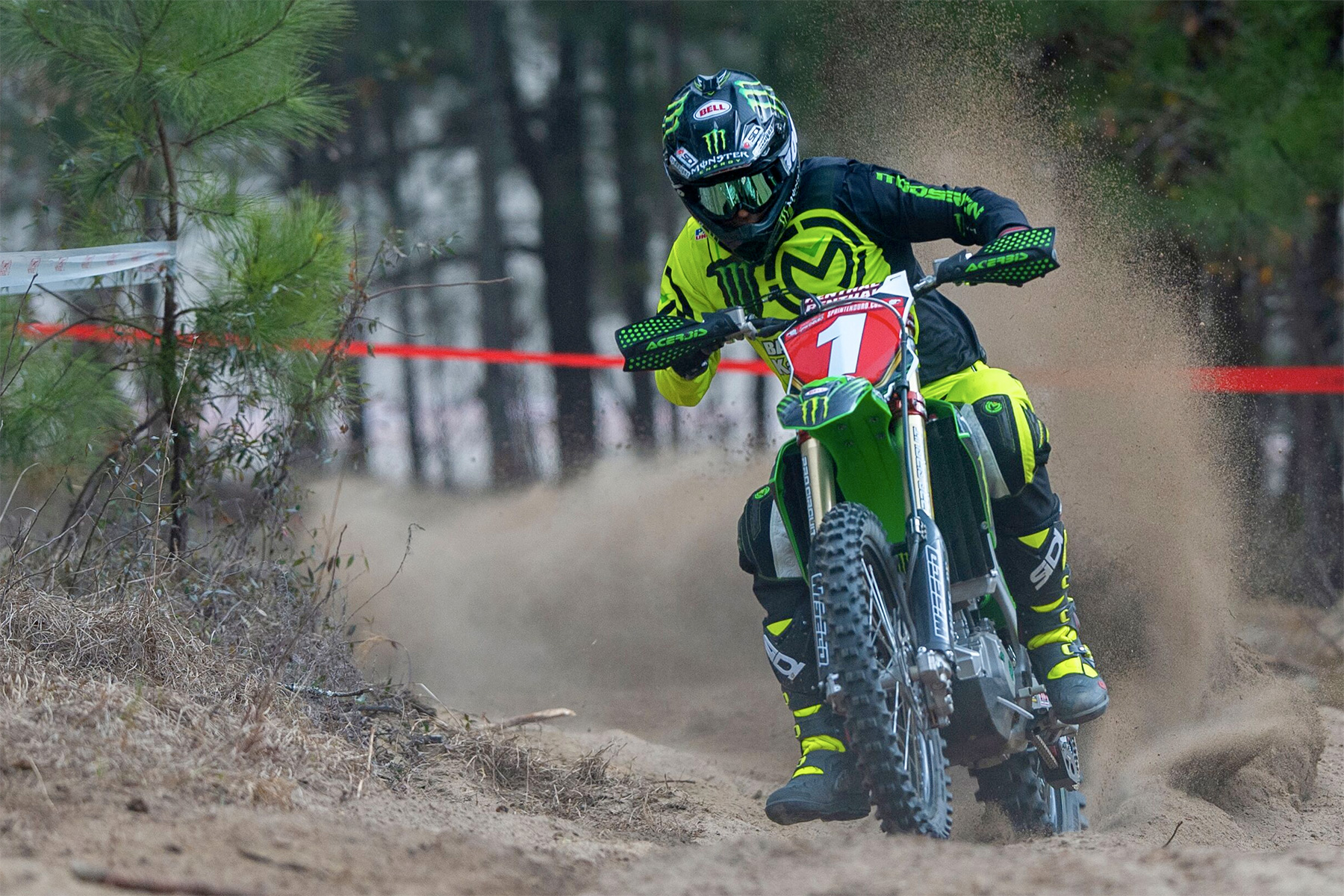 Josh Strang in his debut with the Babbitt's Online/Monster Energy/Kawasaki Team . Photo: Dominick Vandenberg
Australian Josh Strang made his debut with Kawasaki last weekend at the opening round of the Kenda Full Gas Sprint Enduro Series at the GTR Complex in Gaston, South Carolina.

The defending series champion took on the 12 different tests over the two days of racing and was able to land on the podium in second place overall.

On the first day of racing, Strang finished out the day in fourth place and on Sunday he was able to edge out his closest competitor by four seconds giving him the overall on Sunday. His combined scores from Saturday and Sunday put him in second place overall on the weekend.

‰ÛÏThe first round went well; it's always hard to tell where you stand speed wise until we go race," Strang said. "I started a little unsteady on Saturday but felt good in the afternoon and then all of Sunday. My Babbitt's Online/Monster Energy/Kawasaki KX450 was working good all weekend long. I am really happy with the setup and to get second overall is a great start to the year.‰Û 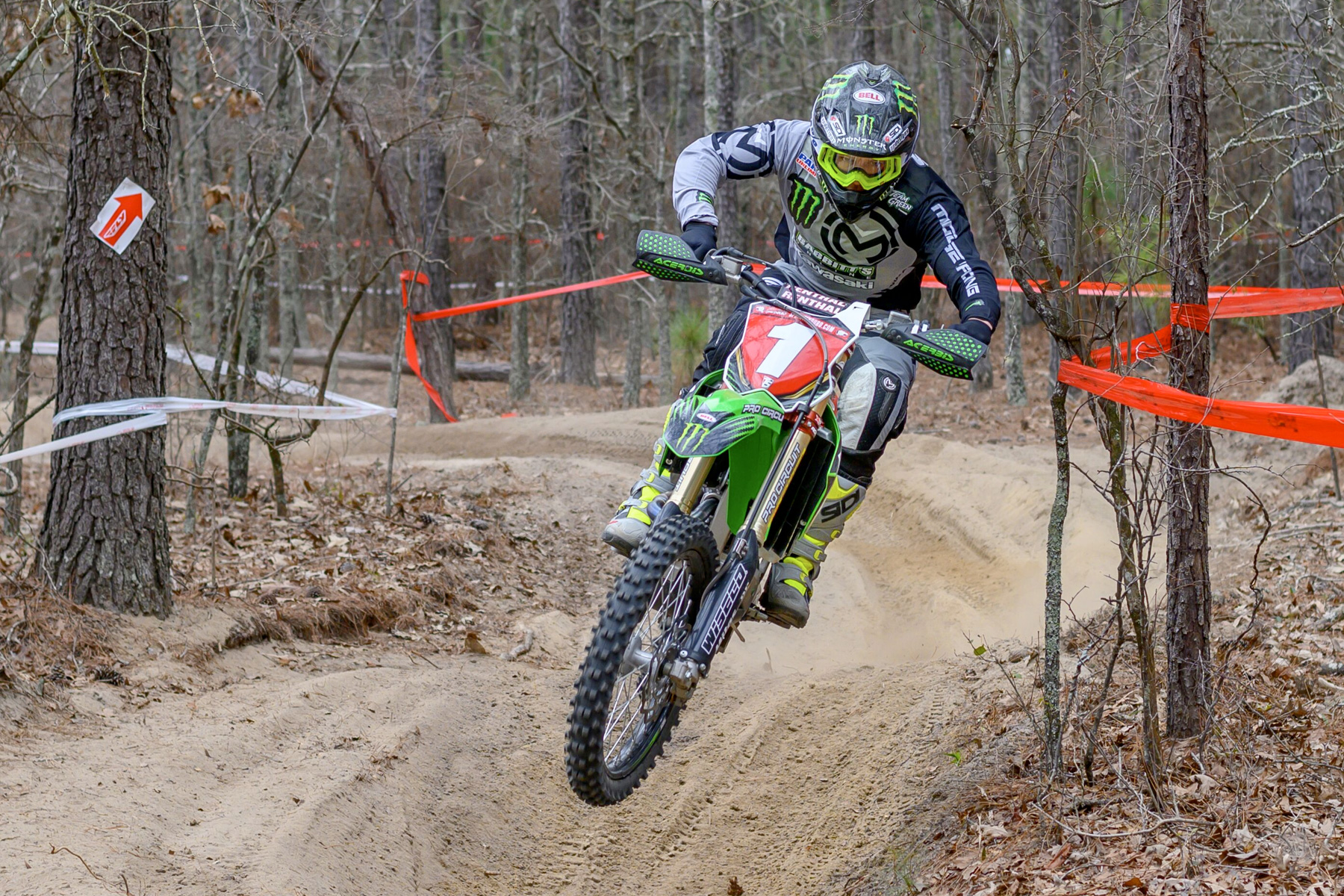 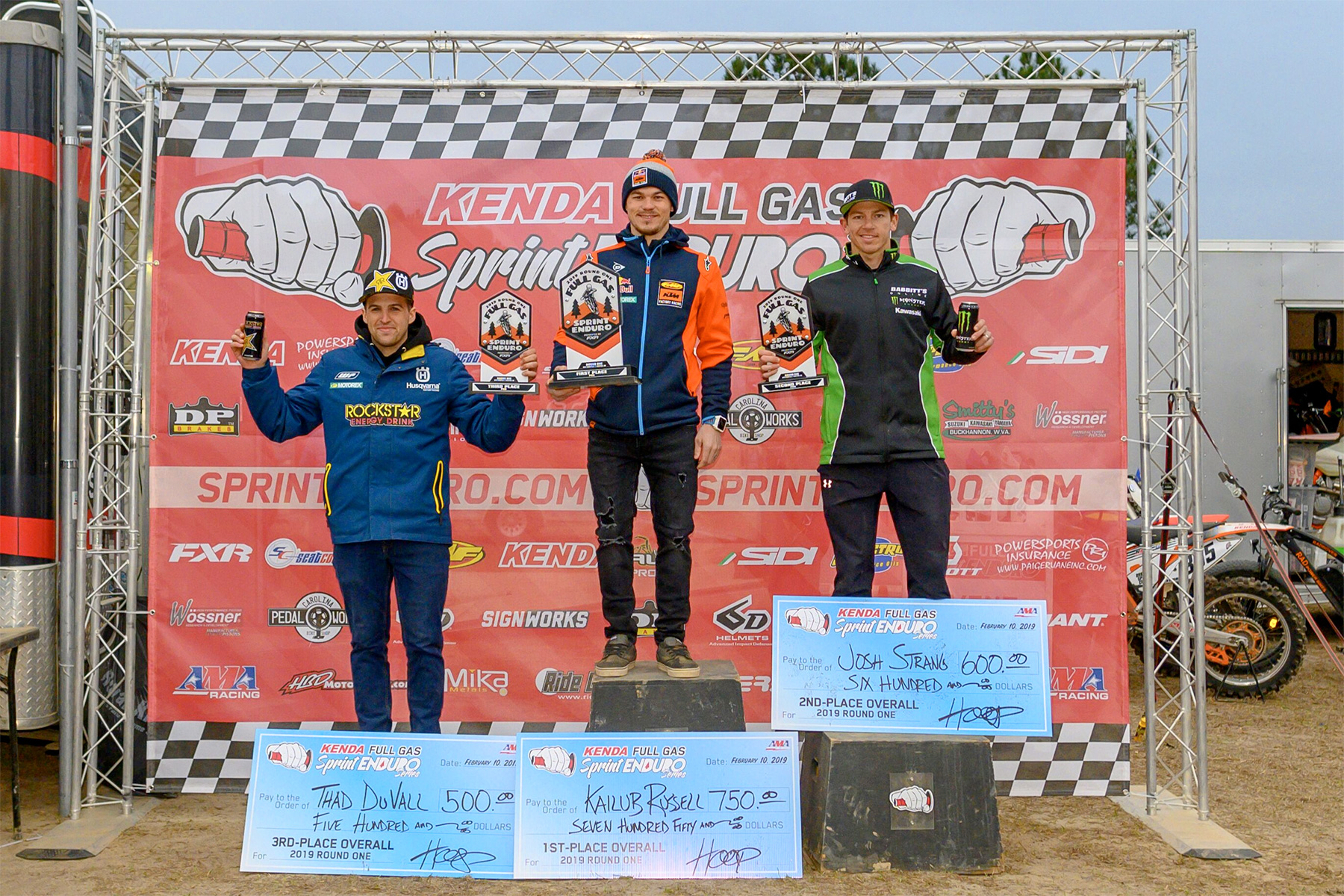