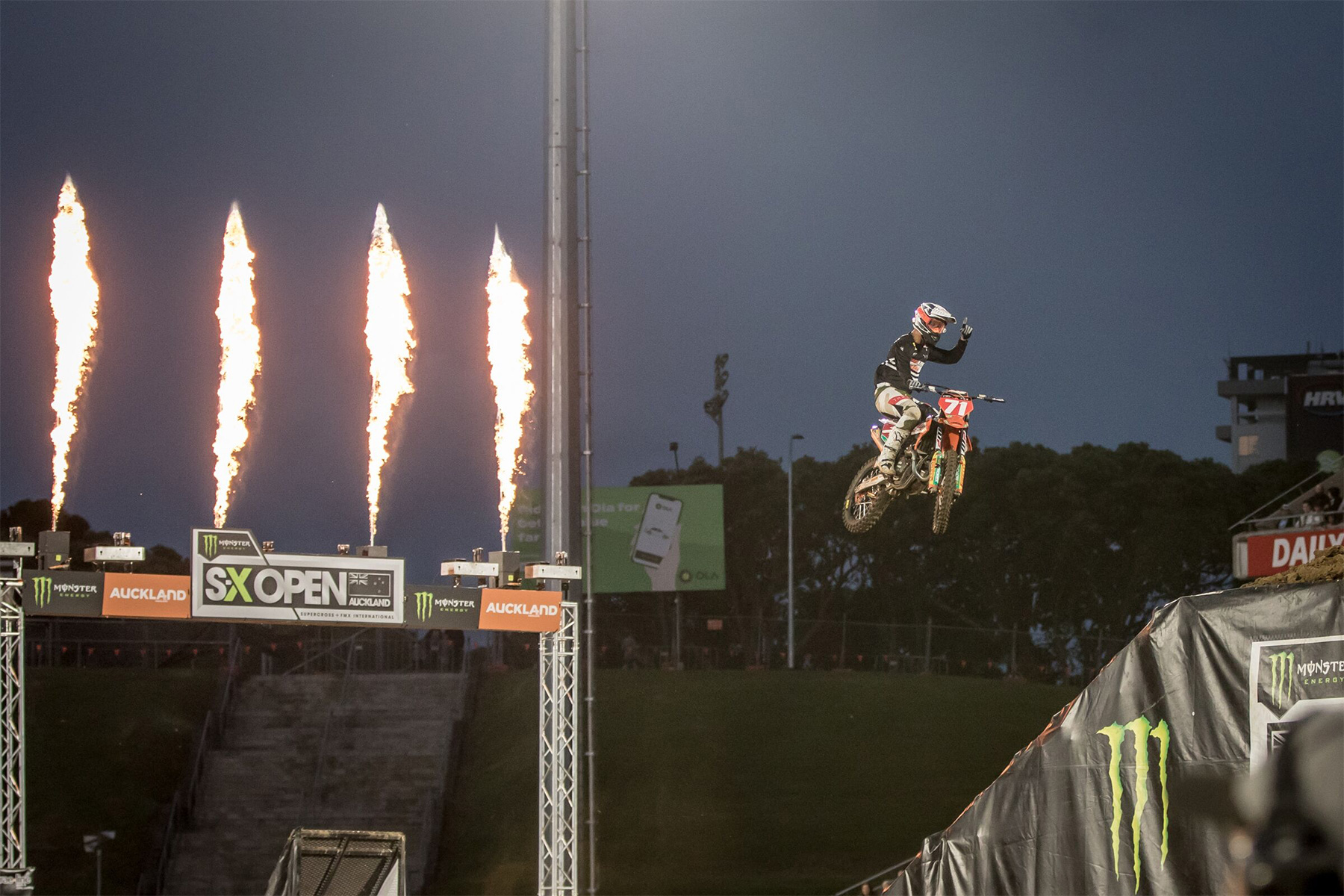 Josh Osby taking the win at the penultimate round in New Zealand.
Josh Osby heads into the Aus X Open's final round of the 2019 Australian Supercross Series, taking place at Marvel Stadium in Melbourne, with a four point lead and the Red Plate in the SX2 category.

The Raceline KTM Thor rider has maintained incredible speed and consistency so far in the 2019 season, finishing off the overall podium only once at Brisbane's opening round with a fourth position, then fielding an impressive string of results with second overalls at Adelaide's round two and Wollongong's round three, followed by an overall win at round four in New Zealand just two weeks ago. With the Triple Crown format of three main events factoring heavily into the tail end of the SX2 series, the American feels confident in his ability to execute his strategic race plan during Aus-X Open's three race format.

"We are carrying the red plate into the final round and this is where it counts the most. I'm approaching this round business as usual, I've put myself in a good position all season long with strong starts and track position, at times I have been a little too conservative, but I know if I execute my race plan that I have all season long, using my speed and experience, we will be in a good position to bring home the number one plate. This would be a huge achievement for myself and the Raceline KTM Thor team, but I'm not getting ahead of myself and will be focusing on doing my job on the night and the rest will fall into place", said Osby.

"Josh has been impressive all season long and he has been the only rider to match raw speed and consistency when it has counted the most. For us, it's a shot at our very first SX2 Supercross Championship which is huge and for Josh's career it is also a milestone. It's good to know our program partnering with Factory KTM along with so many other key brands, has lead us to this point and we are excited to get out on the track Saturday at Marvel Stadium and get the job done!"

The Raceline KTM Thor team will also field Regan Duffy currently sitting in 9th in the SX2 points and SX1 rider Henry Miller looking to finish the season with a bang after being a late addition to the team at round three.