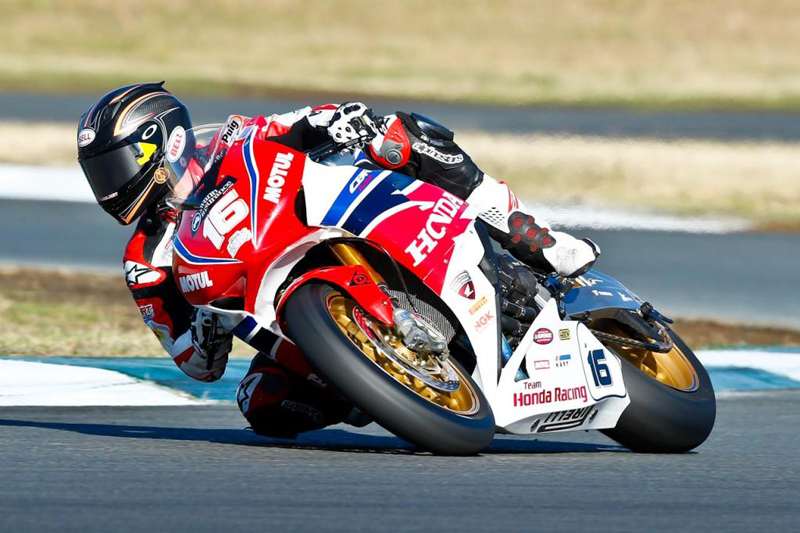 Team Honda Racing rider Josh Hook is set to take on the MFJ All Japan Road Race Championship at Suzuka in November.

The 21-year-old will make a one-off cameo in the MFJ series, complementing his full-time campaign in the 2014 Australasian Superbike Championship.

Hook will ride a CBR1000RR for Honda team FCC TSR in what will be the final round of the Japanese series on November 2.

"Racing in the All Japan Championship with Honda will be an incredible experience," said Hook. "FCC TSR is the best Honda team in the paddock by far. They are well experienced and they've got the best gear and mechanics.

"It's definitely going to be an eye opener to ride with such a great team, so I'm really looking forward to that."

The round will not be the first time Hook has raced at the famed Japanese circuit or on the Honda CBR1000RR, having taken part in the Suzuka 8 Hour World Endurance race earlier in the year and finishing seventh.

"It will be a big learning curve but I know the track and I know the bike so I'll be able to get off to a pretty good start I would imagine." Hook continued.

"The competition level of the All Japan Championship is very strong. I really don't have any expectations at this stage, but I know I'm on the best bike there so I should be able to do a pretty good job."

Hook has impressed in the Australasian Superbike Championship this year, overcoming a racing accident in February to take home a swag of podium finishes for Honda.

"It was a rough start to the year, breaking my neck, collarbone and wrist, but everything has been going really well since. It was great to get back on the bike and find my feet again. Now I'm really looking forward to getting back over to Suzuka."