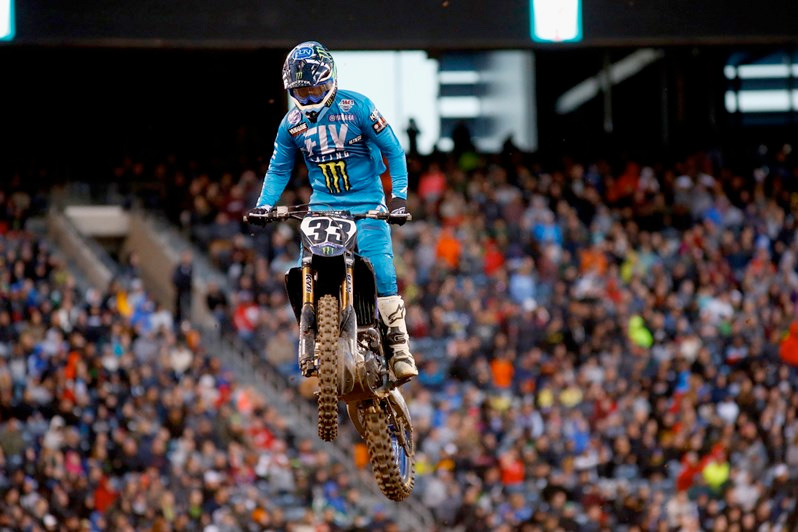 The veteran Supercross racer was brought on board to fill in for Aaron Plessinger who was injured around the halfway mark of the season in Daytona. With Grant‰Ûªs injury coming just prior to the final round, there will be no Monster Energy Yamaha Factory Racing riders participating in the season finale at Sam Boyd Stadium in Las Vegas, Nevada. However, the team will be there to hand out posters and answer questions for fans.

‰ÛÏThis was not the phone call you want to get, however, it is the sad part of the game." Jim Perry, Monster Energy Yamaha Factory Racing Team Manager commented.

"What a bummer for Josh Grant and the whole team. Josh has been making improvements each week with two strong top-10 finishes in the previous events. He has been working hard to finish the Supercross series on a high note and it‰Ûªs a shame that he will be sidelined for the finale.‰Û