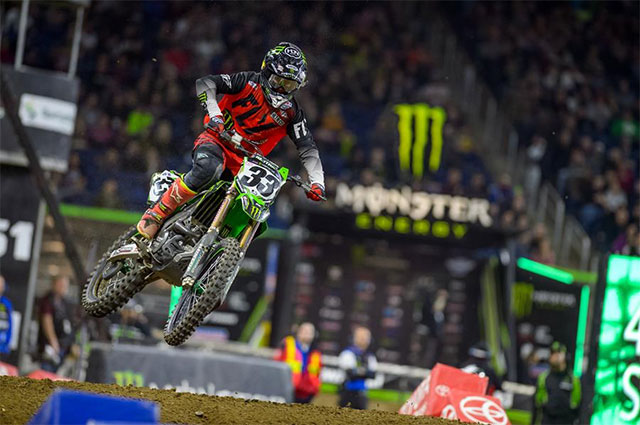 Supercross star Josh Grant is the latest high profile announcement to join the star studded lineup at this year‰Ûªs AUS-X Open Sydney on November 11 and 12 at Qudos Bank Arena.

Grant will bang bars against some of the world‰Ûªs best in the way of two-time world champion Chad Reed and world championship contender Jason Anderson along with Australia‰Ûªs best Supercross riders.

Coming off the back of a podium finish at the last round of the AMA Supercross World Championship in Las Vegas the American is pumped to be heading down under and laying it all on the line against Australia‰Ûªs best.

‰ÛÏI‰Ûªm super pumped to be heading to the AUS-X Open in November and banging bars with Reedy, hombre [Jason Anderson] and the best talent Australia has to serve up!‰Û