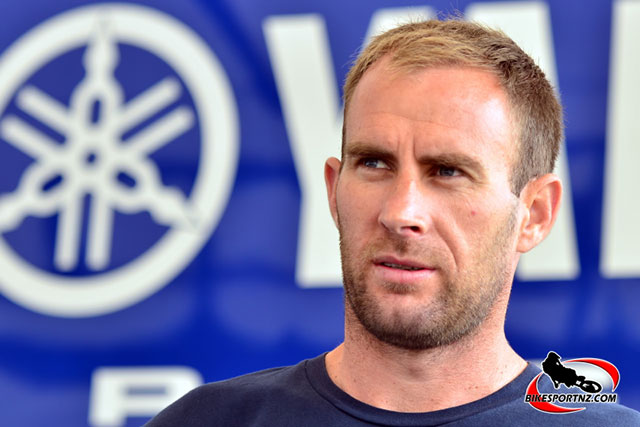 New Zealand's Josh Coppins has numerous motocross Grand Prix victories to his name, but these days he gets just as much satisfaction from passing on his skills to the sport's rising young stars.

And, just occasionally, he likes to get out on the track to show that he knows what he's been talking about.

The now-39-year-old was on top of the world in 2007 ‰ÛÒ until a tragic crash in the Czech Republic robbed him of the ultimate prize that season ‰ÛÒ and he had twice before that been world championship runner-up, and also twice third in the world, but coaching young rising stars or managing his own Altherm JCR Yamaha Racing Team is what mostly occupies him these days.

But now he has a new focus as he prepares to contest the upcoming 32nd annual World Veterans' Motocross Championships, set for California's steep Glen Helen circuit, on the outskirts of San Bernadino, on November 5-6.

Yamaha‰Ûªs Coppins won all four of his races at the Nelson Motocross Championship at the weekend, clinching both the MX1 trophy and also dominating the veterans' 35-44 years' class.

It was an ideal work-out in his build-up towards Glen Helen.

But, before that big event he'll be on the sideline to assist as Otago's Courtney Duncan returns from injury to rejoin the Women's Motocross World Championships, with the final two rounds of that series set for Switzerland on August 7 and then, finally, in The Netherlands on August 28.

"I need to get ready (for Glen Helen), so I decided to enter in this race (at Nelson). I've been working a lot so I'm trying to get fitter and I'd prefer to ride my motorbike than do anything else," said Coppins.

"I'm leaving for Europe for five weeks now so I won't get to ride. I always feel like I start to get somewhere and then I end up away with the team and I start back from scratch. But hopefully I'll get some consistent bike time when I get back from Europe because I feel like I'm at a pretty good place and I'm nearly back to where I need to be."

He said he was looking forward to the return to international racing, even if it will be just a one-off.

"I'm definitely going over there to win it - that's the plan. I don't see why I can't."