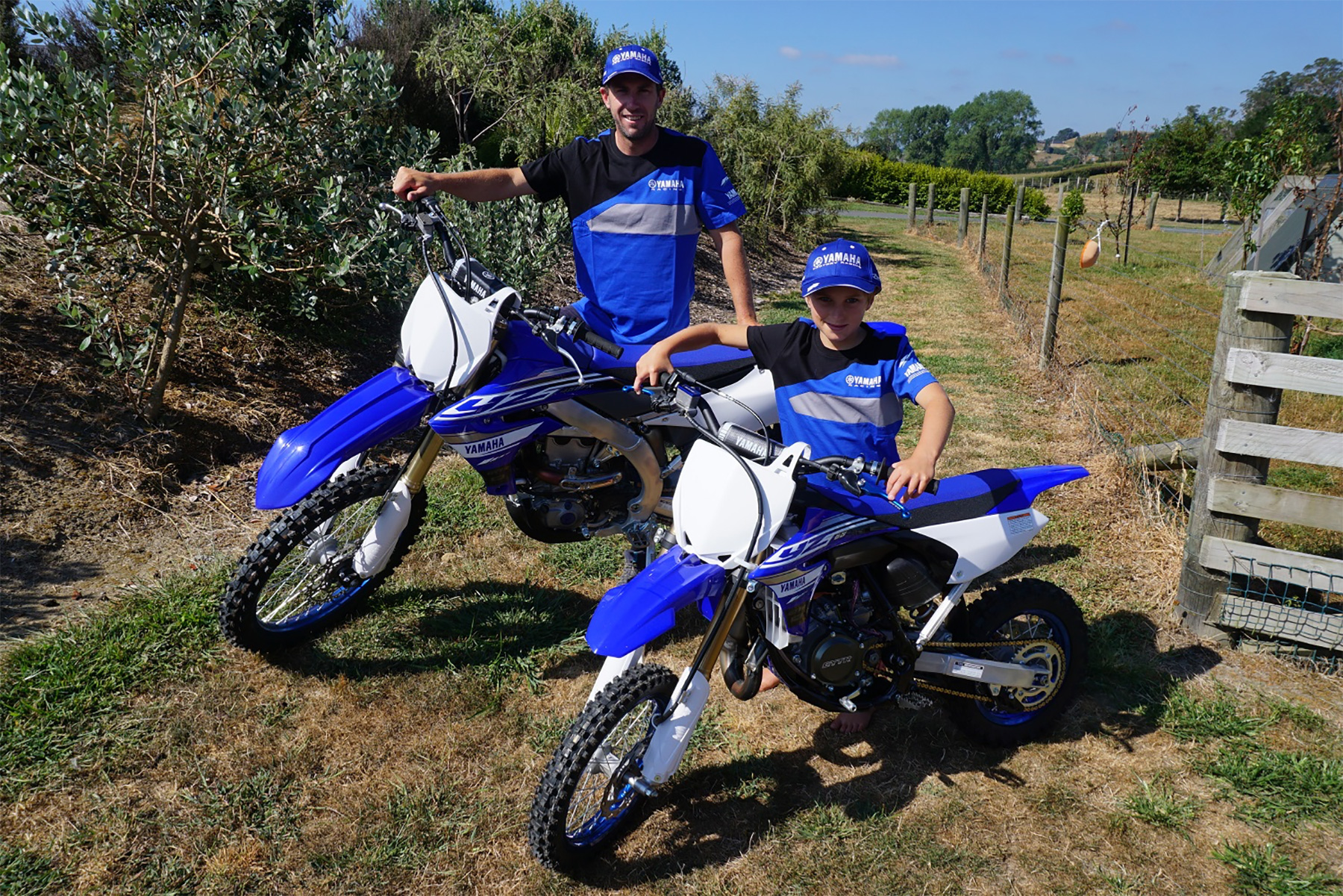 Townley (YZ450F), along with his son Levi (YZ65), a rising star on the junior motocross scene in New Zealand, have already collected their new Yamaha bikes and they are both thrilled to be moving into the future with Yamaha. Ben‰Ûªs youngest son Jaggar will make the move across to Yamaha when he steps up to the YZ65.

"It's very exciting and came quite out of the blue," said the 34-year-old Townley.

"This is a great opportunity for Levi, who has really started to sink his teeth into motocross racing. Yamaha has a great range of motorcycles and Josh has always been someone that I've looked up to and I have a lot of respect for is it will be great to work with him in his role. He's very professional and sets a very high standard for motorcycling in New Zealand."

Townley became MX2 (250cc) motocross world champion in 2004 and then stepped up to the MX1 class the following season, where he battled all season long with Belgian Yamaha ace Stefan Everts and fellow Kiwi Coppins.

Coppins said the appointment of Townley was an important part in his bid to rebuild Yamaha‰Ûªs Junior Racing (YJR) programme within New Zealand.

"We already have some great representation within the Yamaha brand with Rhys Carter (Mount Maunganui's national MX1 No.4) running coaching clinics and now with Ben Townley as brand ambassador."

"We are looking forward to working with someone of Ben's calibre. To have someone with his experience fostering and mentoring our younger riders is very exciting. With Rhys looking after coaching and Ben running the junior programme, and some other exciting stuff coming up too, there's a lot of positive things happening right now.

"This is the first step ... we have a lot of other things happening down the track. Watch this space."