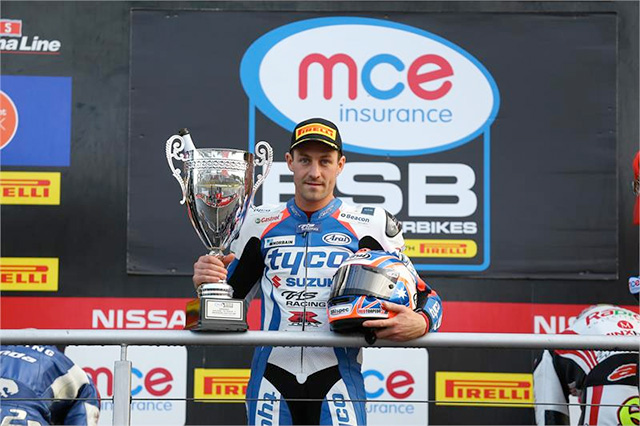 Tyco Suzuki‰Ûªs Josh Brookes turned his first season Pole Position into a race victory at Brands Hatch in Kent today during the penultimate day of racing of the 2013 British Superbike Championship in the opening race of three this weekend.

Brookes, who led from start-to-finish on his GSX-R1000 Superbike to take his third win of the season, said: ‰ÛÏIt‰Ûªs a bit of an anti-climax as not being part of the championship-hunt now is disappointing and I don‰Ûªt take the same pleasure from a wet race win as I do with a dry one. But in saying that, it‰Ûªs a good time of year to be winning for the sponsors and the team. We still have two more races to come tomorrow, but yeah it‰Ûªs a good win for Tyco Suzuki.‰Û