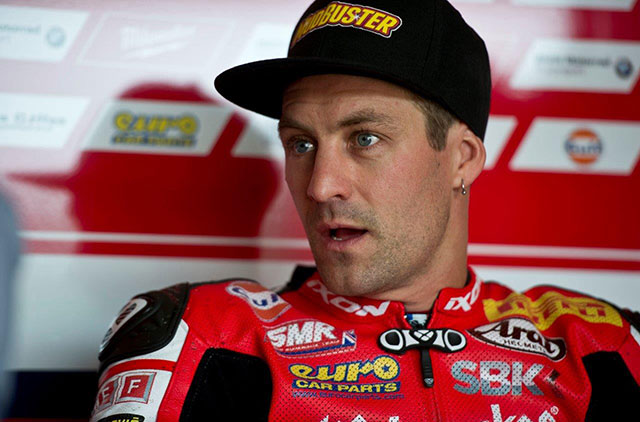 The 2016 Motul Superbike World Championship (WorldSBK) makes its only visit to England this weekend, with Aussie representation under the auspices of Josh Brookes and Anthony West.

The countrymen arrive at Donington under very different circumstances: Brookes desperate to ignite what has been a challenging return to full-time WorldSBK competition on the Milwaukee BMW, while West will continue to deputise for injured Frenchman Sylvain Barrier at Pedercini Kawasaki after superb ninth and fifth place finishes in the last round at Sepang ‰ÛÓ after only riding the ZX-10R for the first time in Friday practice.

Brookes is currently 15th in the standings, with persistent 'throttle connection' and power delivery issues making life challenging for the reigning British superbike champion in the opening six rounds. The Bringelly (NSW) rider has been working hard with BMW technicians to find a solution, but that hasn't stopped him enjoying a few bright moments such as leading the wet Assen race for about five laps. 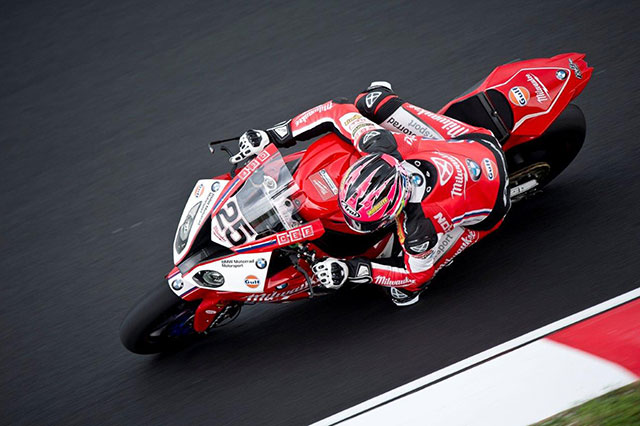 Josh Brookes: Credit - Graeme Brown/2 Snap
Familiar surrounds may also be a positive omen for Brookes. Not only did he log hundreds of laps at Donington over the last seven years as a BSB rider, but in 2008 he also won a world supersport race at the historic venue.

"We tried some different settings with the throttle at Sepang which didn‰Ûªt work as well for me," said Brookes. "I think I have could have raced up front, especially as it was wet like Assen, and it would have been great to mix it up with the leaders again. Unfortunately the bike set-up just didn‰Ûªt work for me today, but it was good to get some more points.

"I‰Ûªm hoping we can get some better results at Donington, and I‰Ûªm looking forward to racing there again. I will give 100 percent effort, but we have to make sure that the bike is working correctly too so that I feel confident to push it.‰Û 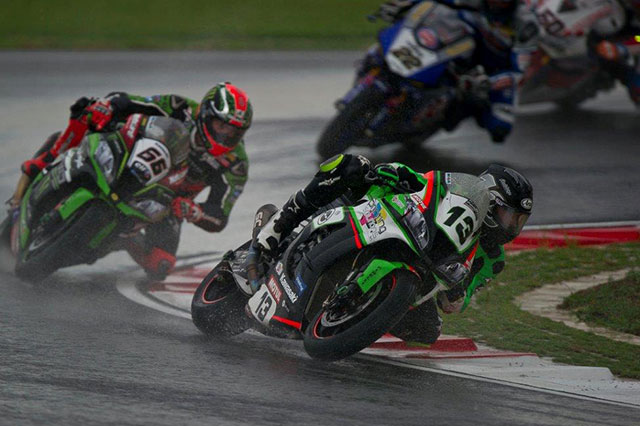 Rain Master Anthony West: Credit - Graeme Brown/2 Snap
Only last week, West was testing a Moto2 machine in the Czech Republic as his 'journeyman' year continues, but another top 10 performance at Donington will almost certainly have him on the radar of a number of WorldSBK teams for 2017.

A third Australian, Josh Hook, was destined to be the grid at Donington, but he has abruptly parted ways with the privateer Grillini Kawaski squad, to be replaced by South African Sheridan Morais. Hook, who scored his first points for Grillini at Sepang, will still be at Donington as he explores other options to remain in Europe.

The opening race at Donington on Sunday will mark the halfway mark in the 2016 WorldSBK title, which has seen world champion Rea hardly put a foot wrong with podiums in all 12 races, including five wins and a double at the Phillip Island season opener. Davies (four), Sykes (two) and Hayden (one) have been the other race winners.

But when it comes to Donington Sykes is the real ace in the pack, having won the last six races at the circuit which hosted the first ever WorldSBK round on April 3, 1988 ‰ÛÓ the races won by Italians Marco Lucchinelli and Davide Tardozzi. Rea is the only other Donington WorldSBK winner in this Sunday's field, while the likes of Leon Camier (MV Agusta) and Alex Lowes (Yamaha) have been on the podium in recent years.

The weekend's two races held Saturday and Sunday will be held over 23 laps and shown this weekend on Foxsports 5; and on a week delay on SBS> 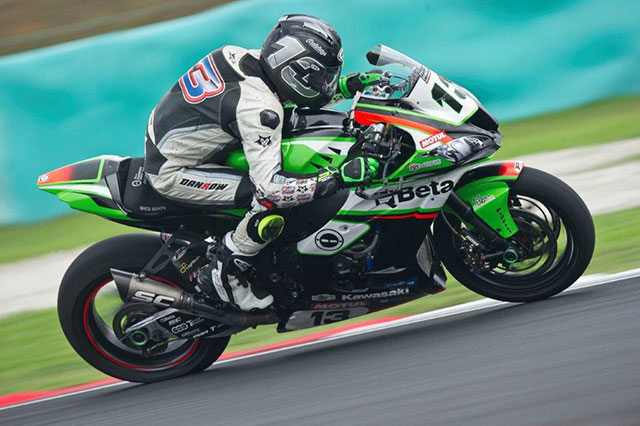