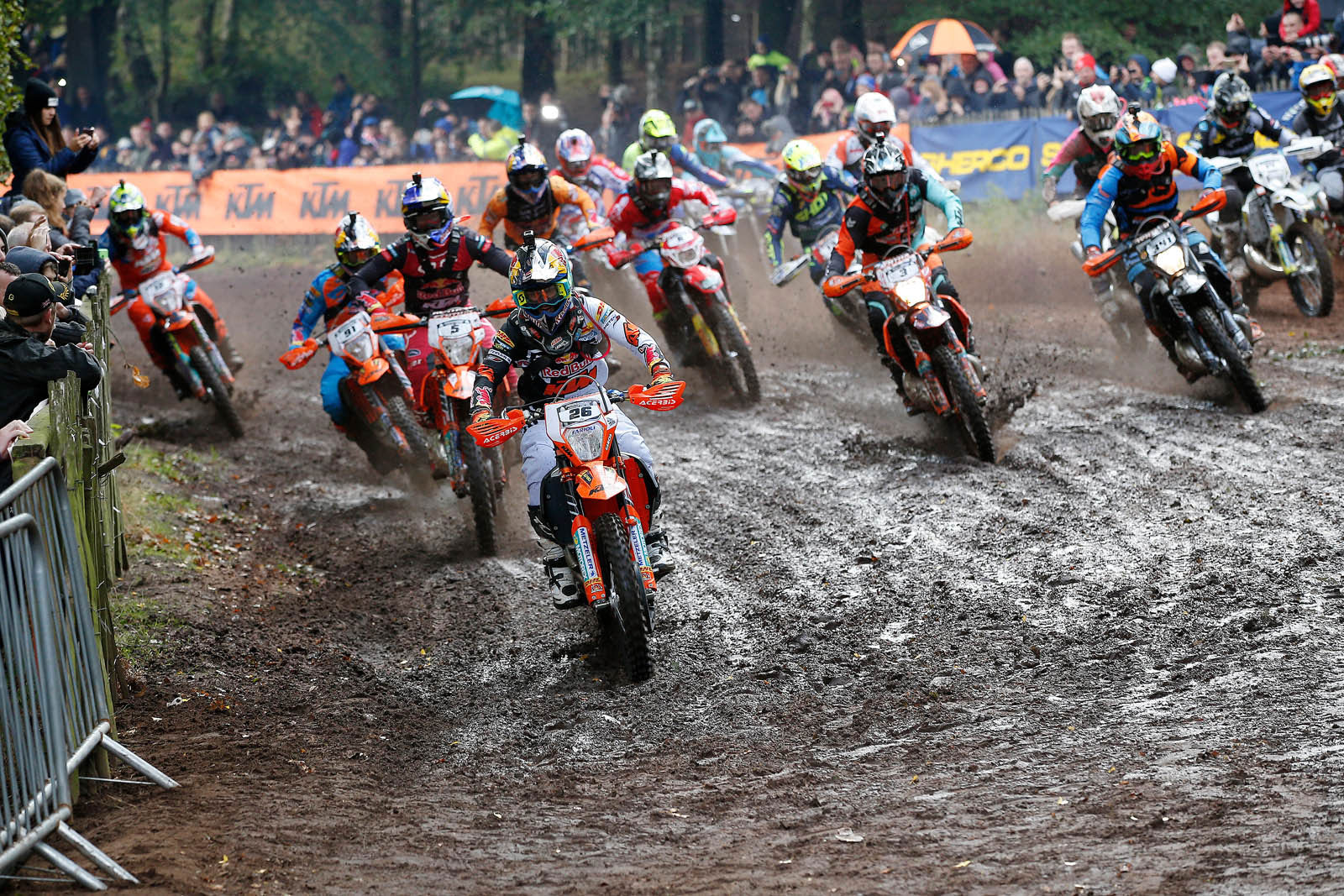 Josep Garcia (26) leads the field. Photo: Future7Media
Spain‰Ûªs Josep Garcia has put in a dominant display of riding at the Hawkstone Park Cross-Country to claim a start-to-finish victory at round six of the World Enduro Super Series.

Firmly stamping his authority on the proceedings, Garcia continued on his winning performance from Saturday‰Ûªs qualifying Sprint Enduro to charge to the top step of the podium in Sunday‰Ûªs Original Fast Eddy Cross-Country, securing his first win of the 2018 WESS series.

It was a memorable race for British riders as fan favourites Nathan Watson and Billy Bolt secured podium results at their home race with second and third respectively. In finishing third on the day Bolt becomes the new championship leader with two rounds remaining.

With scattered showers blowing through the iconic Hawkstone Park venue, the skies cleared for the start of Sunday‰Ûªs two-and-a-half-hour Original Fast Eddy Cross-Country, much to the welcome relief of the 250 riders on the start line. After Saturday‰Ûªs electric qualification event, Garcia took pole position and was quick to turn that advantage into a holeshot as the riders blasted off the start line. 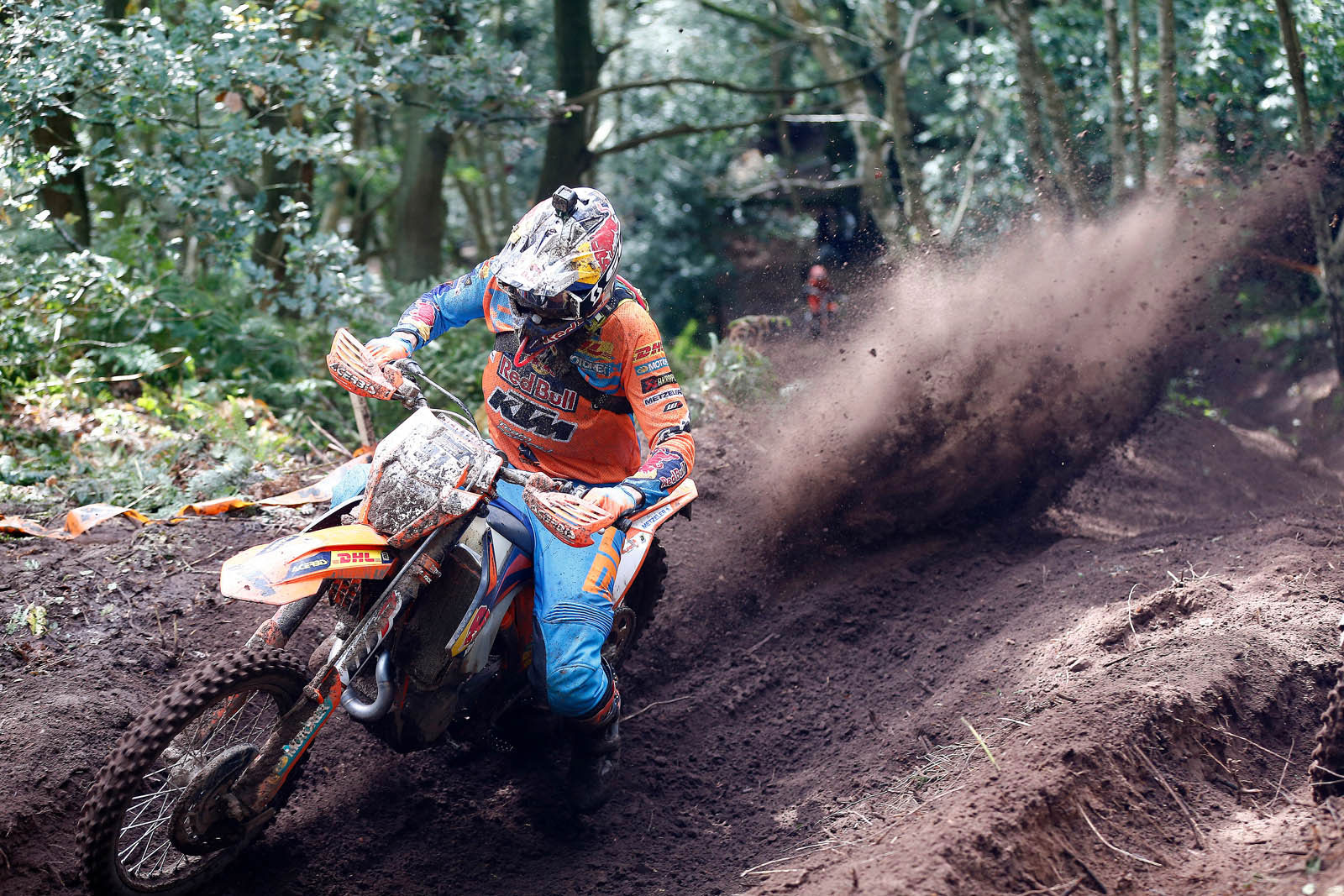 Nathan Watson was the first British rider home with second place. Photo: Future7Media
With his nose in front, the Spaniard immediately set a blisteringly fast pace to distance himself from the chasing pack. Lap after lap the KTM rider edged further and further ahead from his closest challengers Watson and Bolt to charge his way to an eventual one-minute and 34-second margin of victory.

‰ÛÏI am really happy to win my first race in WESS. I felt really good in the race ‰ÛÒ I set off first and stayed in front the whole time. My team were great, they let me know how much of an advantage I had and so I was able to gauge the gap back to Nathan," Garcia said.

"I did have a couple of crashes but thankfully it was nothing too serious and I didn‰Ûªt lose too much time. I‰Ûªve really enjoyed myself here at Hawkstone Park. It‰Ûªs been an awesome weekend and to win both days is perfect. It‰Ûªs given me added motivation for hopefully another good result at the next round.‰Û 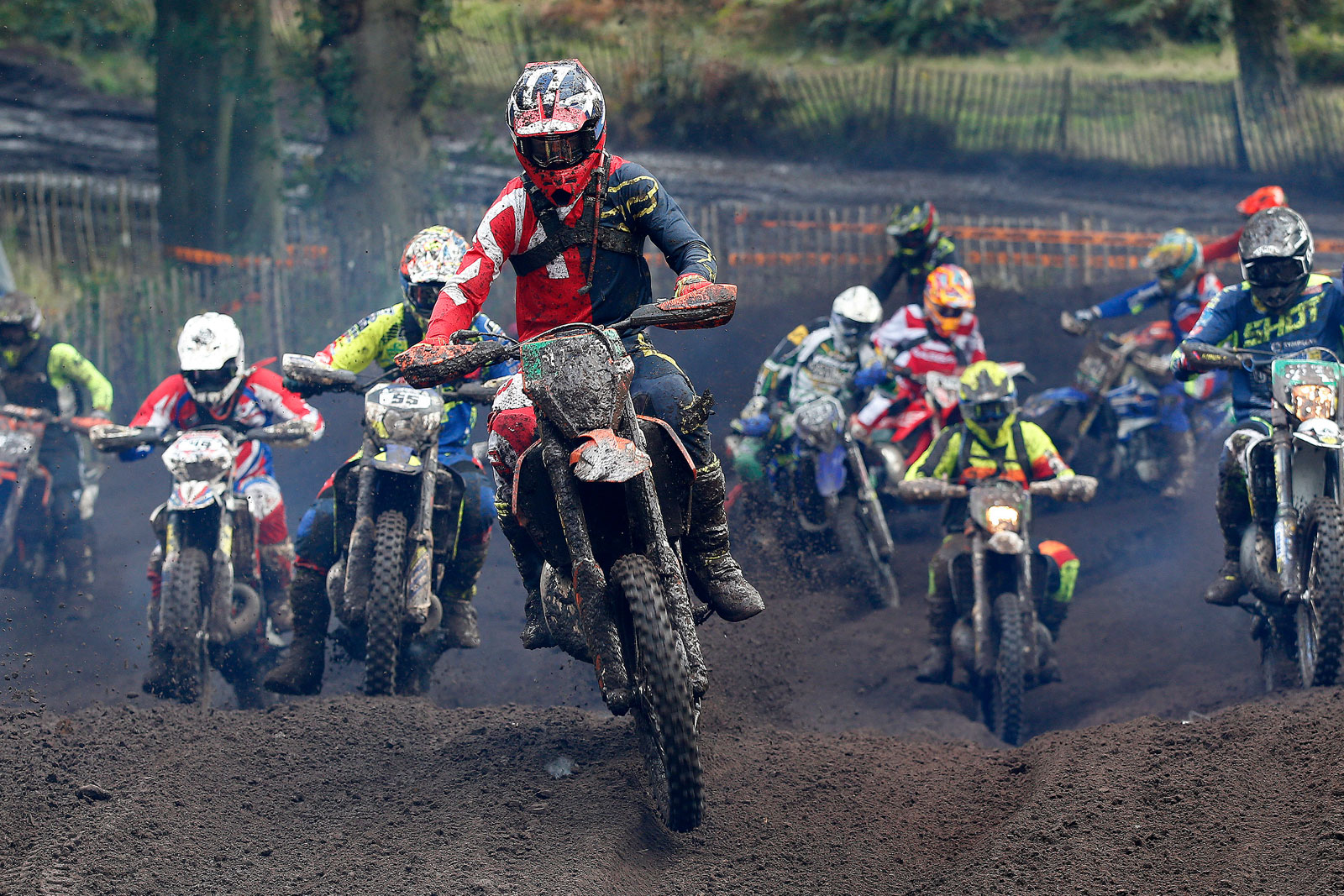 Brit Wildcard Alex Snow impressed again on his Honda, improving to 6th overall. Photo: Future7Media
During the first hour both Watson and Bolt swapped positions as they broke clear of Blazusiak and Betriu. With a perfect pitstop, Watson jumped into second and it was a position he would control until the chequered flag. Despite keeping Watson honest throughout, Bolt had to settle for the final step of the podium, but in doing so also moved to the top of the championship standings.

‰ÛÏThat was a great race," Watson ENTHUSED. "I got a good start and moved into second but then on the first lap a stone flew up and damaged my goggles, so I had to make an early pit stop. Billy caught me and was really fast through the stones ‰ÛÒ he was riding straight through the middle, but I was riding around them. I was gaining time back on the faster stuff and eventually got into a good rhythm and was able to move back into second. I didn‰Ûªt have enough left to go after Josep, he was riding well today but overall I am happy with my result and it‰Ûªs great to get my first WESS podium.‰Û 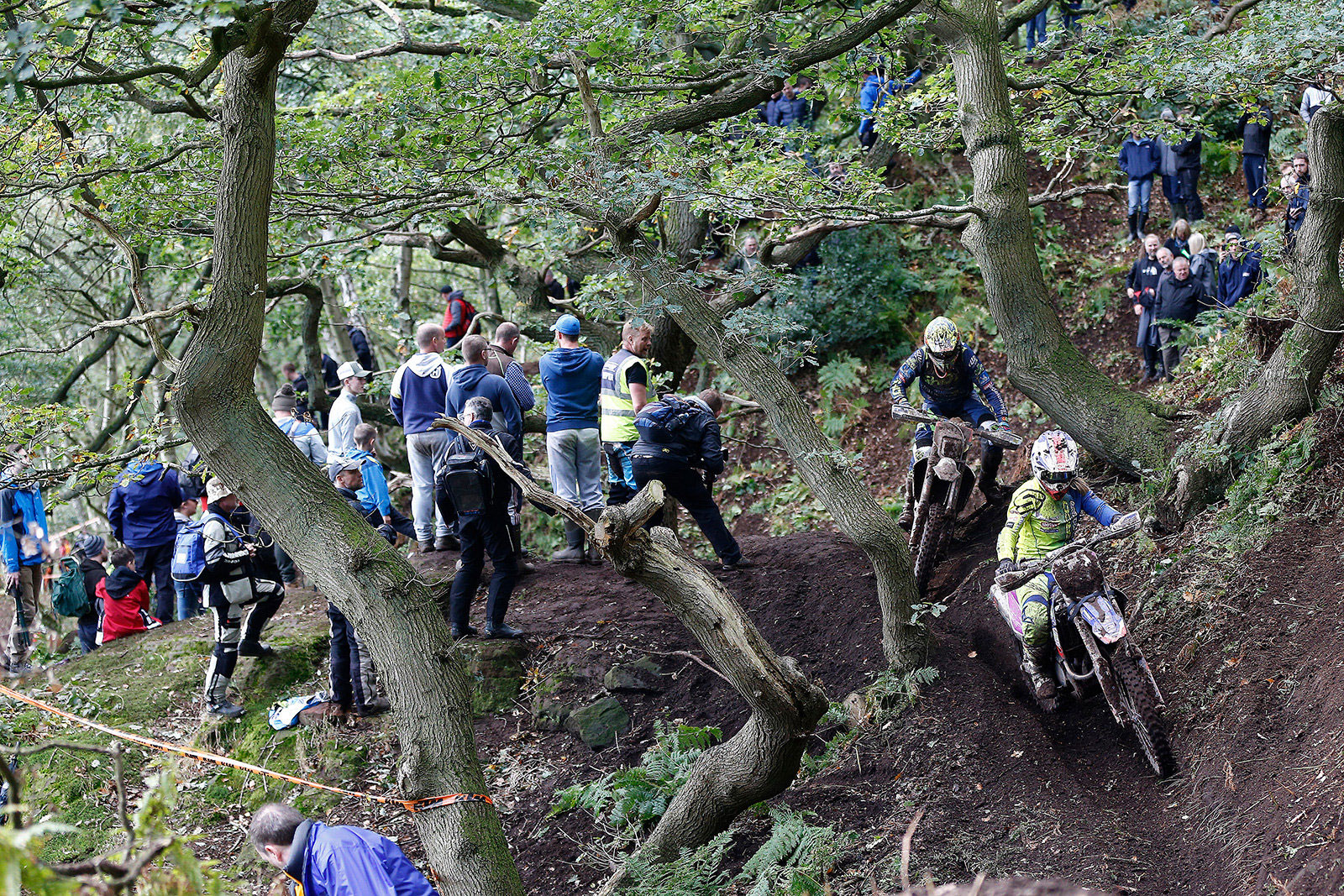 While Watson and Bolt battled for the runner-up result, Blazusiak and Betriu similarly went head-to-head for fourth, with the KTM duo enjoying a race-long fight. Finding a bit more energy in the closing stages, Blazusiak was able to keep his pace high around the physically demanding sand circuit to secure fourth, with Betriu completing the top five.

Impressing in his debut WESS ride, Snow showed competitive pace amongst the series regulars. Unfazed, he charged his way to a well-deserved sixth. Enduring an up-and-down race, Lettenbichler‰Ûªs progress was hampered by numerous crashes and he slipped down the running order to an eventual seventh.

Behind the top seven, Paul Bolton, Graham Jarvis and Alfredo Gomez rounded out the top 10.

The World Enduro Super Series continues with round seven at Sweden‰Ûªs Gotland Grand National on October 26/27. 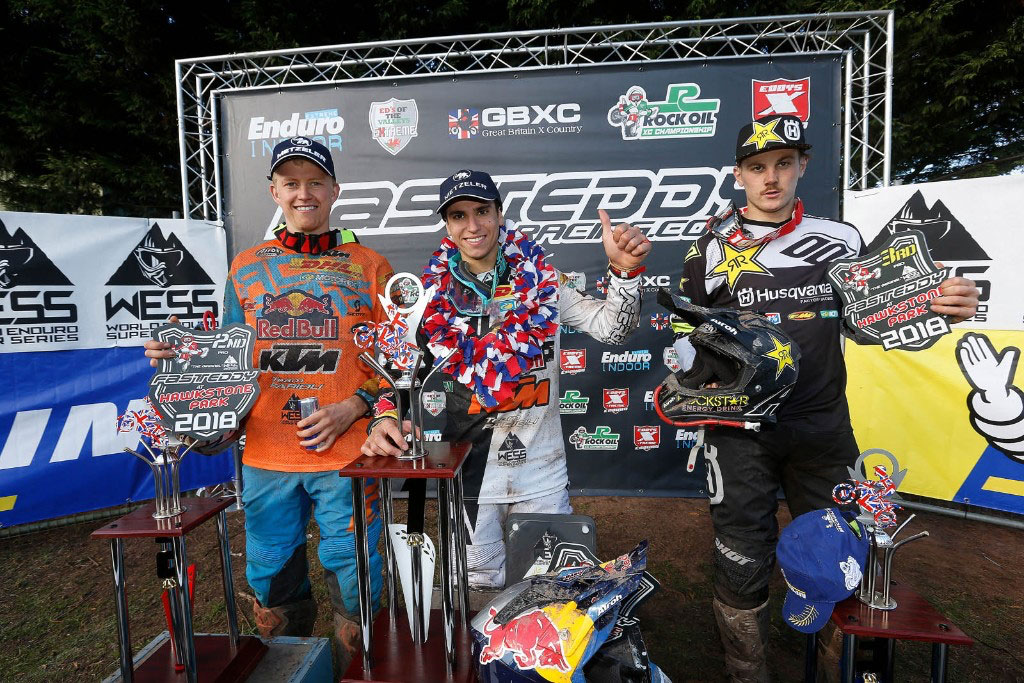