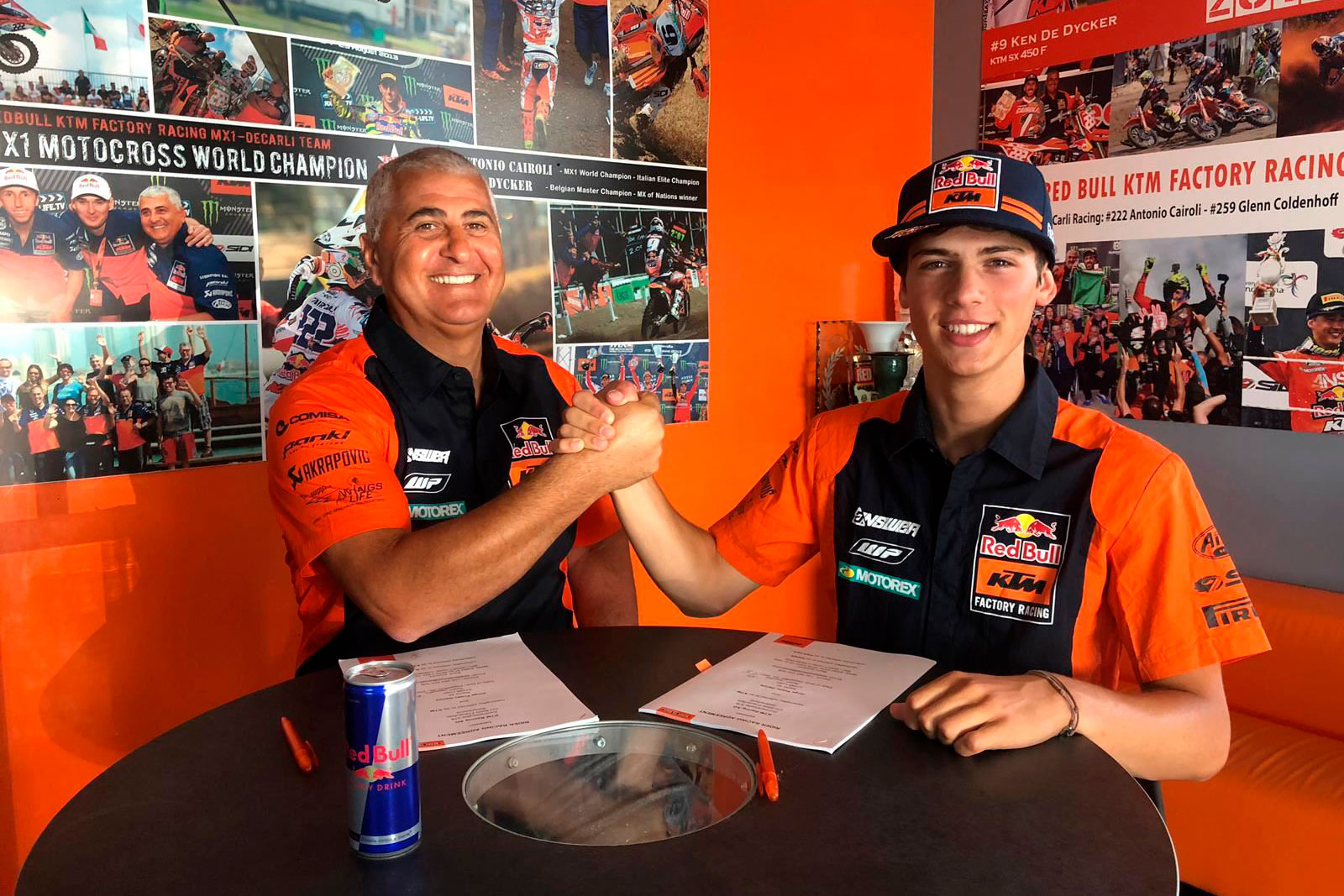 The eighteen year old Spaniard is acknowledged as one of the hottest talents on the international motocross scene. He made his debut in Grand Prix in 2016 and scored a podium finish at Assen in the Netherlands at his first full attempt. Prado toasted his maiden victory in Italy a few months later in his rookie MX2 term with the KTM 250 SX-F and then memorably duelled with then-teammate Pauls Jonass to win the 2018 FIM World Championship in his second season.

After the German fixture last weekend Prado is currently unbeaten in the nine rounds of ten he has contested in 2019 and had 14 holeshots. He leads the standings by 44 points in what has so far been a comprehensive title defence. If the Galician claims back-to-back titles he will be the third Red Bull KTM rider to do so in the last ten years, joining Marvin Musquin (2009-2010) and Jeffrey Herlings (2012-2013). Prado will also need to join the MXGP class and teammates Tony Cairoli and Herlings for 2020.

‰ÛÏKTM have supported me since I started racing and winning my first world title in the 65s. They offered me a great opportunity for MXGP because if I win this year then I‰Ûªll need to be on a 450 and so this all came together very easily," Prado explained.

"I‰Ûªm very happy to stay another four years and we‰Ûªre both excited about it. Since I joined this team and worked with Claudio [De Carli] I‰Ûªve really felt that my place was to stay here and learn. He has a lot of experience and I‰Ûªm sure we‰Ûªll make a good pass to the 450s. I have a great team behind me and it is difficult to find a better place than where I am right now.‰Û 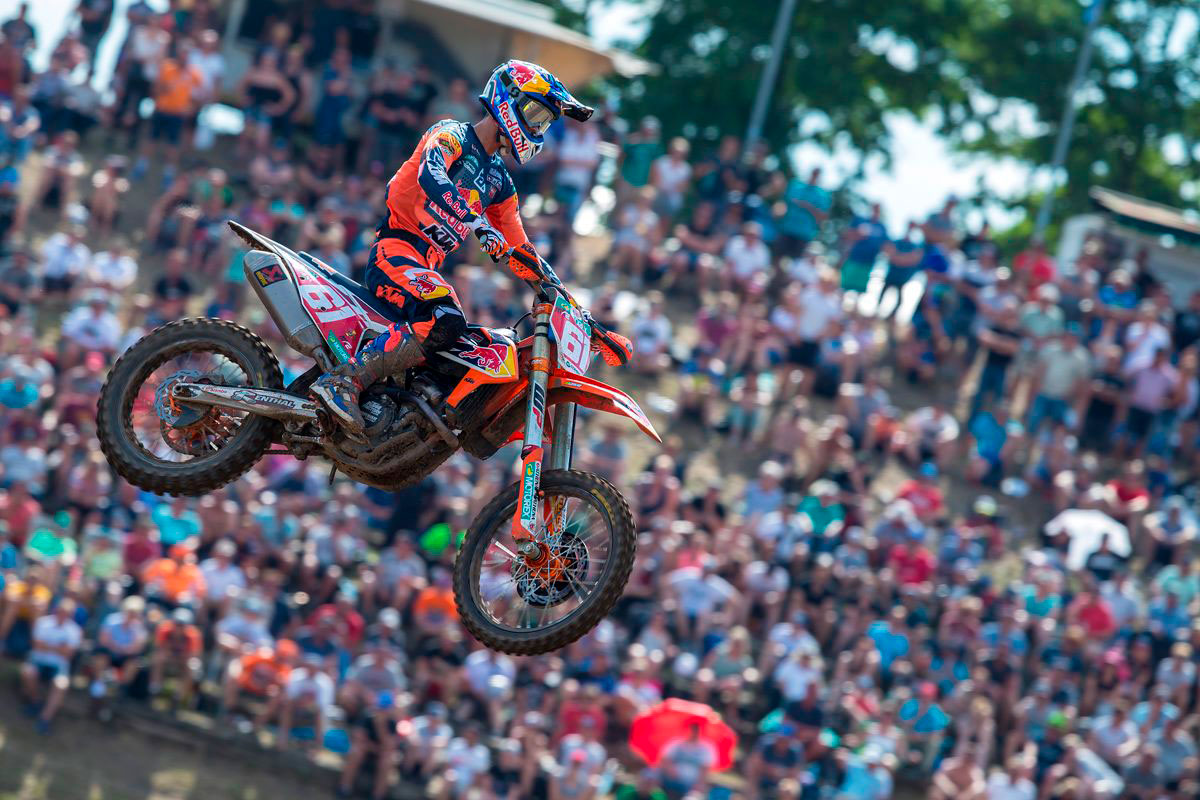 Prado is currently leading the MX2 championship and looks like the one to beat for the season.