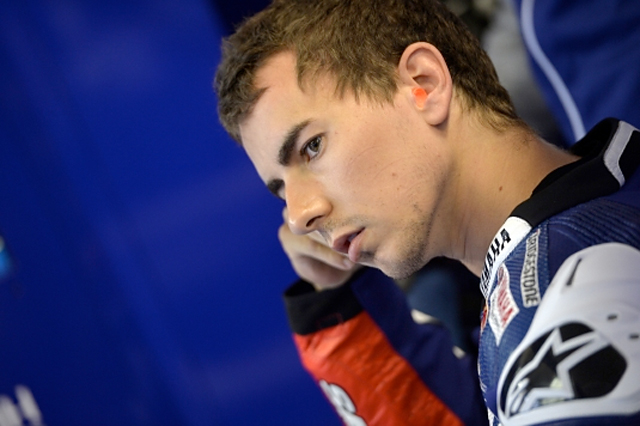 There was no rest for Yamaha Factory Racing this week as they head straight from the Sachsenring circuit in Germany to the USA for back-to-back racing at Laguna Seca on Sunday.

Jorge Lorenzo will travel to Laguna to be with his team as he recovers from a second surgery to his injured collarbone following a free practice crash at last weekend?s German Grand Prix. Lorenzo can claim a single win at the track on his way to his first world title in 2010.

"Finally we have decided to go to Laguna Seca." Lorenzo revealed. "Following the final medical check and after speaking with Doctor RodrÌ_guez we are going to try.

"At the beginning I seriously thought that it might have been convenient to take the necessary time to recover and be back at Indy but in the last two days I have felt much better so now I want to be there, although I will try to not take too many risks. I want to be there also for the fans, for the championship but especially for my team, that is waiting for me.

"I want to thank everybody for all the support I have received so far and I want to say "thank you" to the doctors who took care of me after the crash at Sachsenring, both at the Clinica Mobile and at the Hospital General de Catalunya, especially Doctors RodrÌ_guez and Cots." Lorenzo added.

Teammate Valentino Rossi arrives in Laguna looking to continue the form that has seen him take a race win and a podium in the last two races. The American track is the scene of one of Rossi?s most famous victories against Casey Stoner in 2008, to date his only win at the track.

The 3.5km Laguna Seca circuit originally hosted Grand Prix racing from 1988 to 1994 before safety issues moved it away. It returned in 2005 after major changes were made to the circuit allowing fans once again to enjoy the incredible spectacle of the Grand Prix riders diving down the daunting ?Corkscrew? as they fight for victory.

"Laguna is a very special track, it is very important to me because it is the track of one of my best races in my career in 2008." Rossi stated. "Apart from that time I always seem to suffer there so I hope to go and do a better job this time.

"We have made good progress and are now fighting closer to the front but we need to make another step to fight for more victories," he added.?

"Jorge has made the decision to fly to Laguna Seca and, although it will not be easy, he has decided to try despite the pain and the consequences of the second surgery to his injured collarbone." Zeelenberg commented.

"We have another tough weekend ahead of us, especially because the lay-out of the track is physically demanding. Now I am just looking forward to seeing him here with the team and then we will set the strategy for the weekend," he concluded.

Top Image: Jorge Lorenzo is planning to race this weekend at Laguna Seca despite breaking the same collarbone twice in as many weeks.
Credit: Yamaha Racing (File)