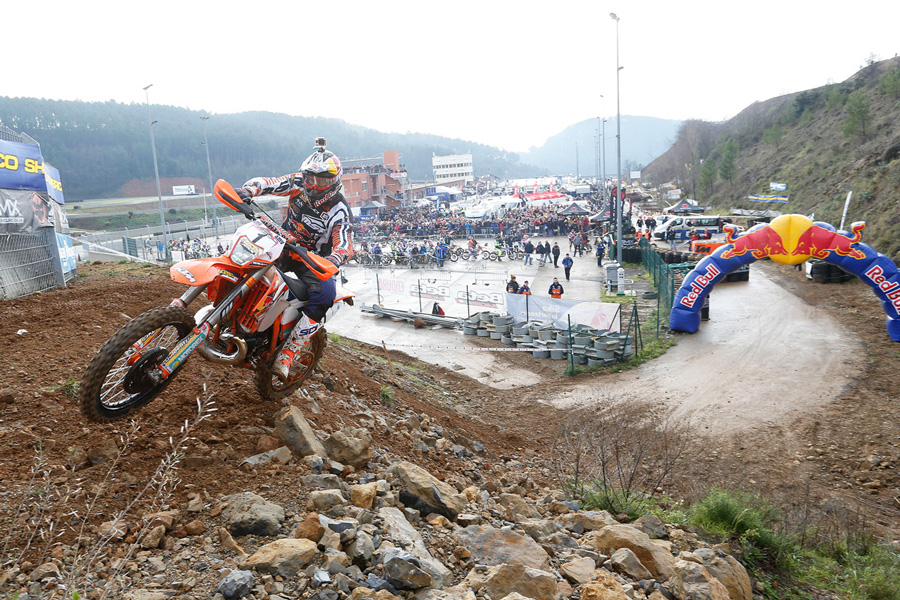 Getting his 2016 extreme enduro season off to a winning start Jonny Walker has topped the results at AlÌ¬strÌ»m ‰ÛÒ the first major, European extreme race of the year.

At the end of a demanding main race Jonny finished ahead of Wade Young and Graham Jarvis, having battled with Young during the opening two laps before edging ahead during the more technically challenging third lap.

The opening day also saw all competitors compete in an outdoor Endurocross event. Dominating the proceedings, Jonny topped his qualifying heat before going on to win the Pro final. Bringing day one to a successful close he then toped the Super Final.

Fast, flowing terrain dominated much of the opening two laps of the AlÌ¬strÌ»m main race. Trading positions with Wade Young having overcome a mediocre start Jonny hit his stride when the going started to get tougher. Unaware at the time that the race was to be shortened by one-lap, Jonny pushed hard during the third lap to open up what would become a winning advantage.

‰ÛÏIt‰Ûªs been tough, but a good race." Walker said. "The qualifyingspecial test and then the Endurocross races were really good fun, but obviously the main race was the important part.

"Things started getting tougher on the third lap, and that‰Ûªs where I managed to open up a small lead. I kept pushing and stayed ahead to the finish. The last lap was really physical, some parts of the track was so, so slippery. It made pushing hard really difficult.‰Û